New ambitious targets in the Programme for Government present a turning point for Ireland’s offshore wind industry. The EirWind Blueprint launched today, outlines strategic recommendations to inform policymaking, at a vital, formative time for the sector. The Blueprint is a synthesis of work arising from the EirWind project over a two-year period from August 2018 to July 2020. 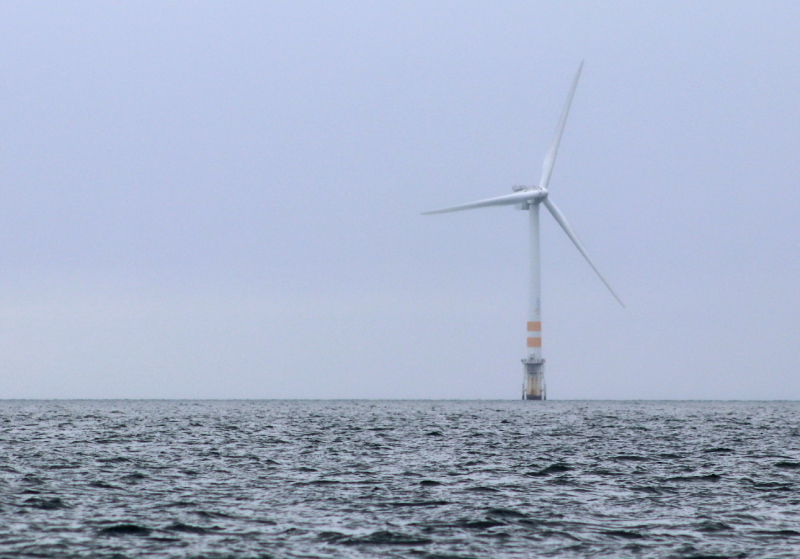 Game changers in the Irish SeaThe market opportunities described in the report, start with national targets for 70% of renewable electricity by 2030. According to Dr Val Cummins, co-principal investigator “The consented Arklow Bank project, as well as the ‘relevant projects’ in the Irish Sea, identified by the government earlier this year because of their advances with leases or grid, will be the game-changers. They will pave the way towards meeting Ireland’s targets and future offshore wind development. These projects relate to bottom-fixed turbines being deployed in the Irish Sea, with one project proposed off the coast of Galway”.

EirWind analysed three scenarios for production zones in the Irish Sea, the Celtic Sea and the Atlantic. The analysis considered established bottom-fixed technology, as well as Floating Offshore Wind (FLOW) technology, which can be deployed in deep Irish waters, and is developing rapidly. The government has indicated that 30GW of FLOW could be developed, for example, off the west coast of Ireland going forward. This would position Ireland as a net energy exporter whilst achieving long-term energy security. The EirWind Blueprint suggests a sequenced approach to development, whilst giving effect to processes that inspire confidence among stakeholders and the coastal communities they may involve.

In order to develop offshore wind at scale in Ireland, the export market has to grow too. One solution is to produce green hydrogen from renewable energy.  According to Dr Eamon Mc Keogh, project co-founder “hydrogen has raced to the top of the green energy and green recovery agendas, in a manner that was not anticipated, when the EirWind research programme was being planned just three years ago. For example, the European Union (EU) Hydrogen Strategy, which was just published provides for billions of euros of investment in green hydrogen, which can be produced from offshore wind”.

The Programme for Government also recognises the opportunity around green hydrogen production and promotes the need to invest in research and development. The EirWind Blueprint recommends a 100MW pilot hydrogen facility, linked to FLOW as a kick-starter to demonstrate how green hydrogen can be produced and used for domestic industrial processes, including carbon intense sectors of oil refining and cement manufacturing, for fuel cell electric vehicles in targeted transport sectors, and as an alternative to natural gas for home heating to complement electrification. The big prize is envisaged as bulk green hydrogen production from FLOW, (e.g. off the west coast of Ireland), for export.

The role of government

Opportunities and challenges pertaining to the growth in offshore wind are described in detail in the project supporting documentation (e.g. studies on co-existence with fisheries, marine protected areas, data, and social licence to operate). Dr Cummins says that “the critical path to offshore wind development is contingent on decisions the government will make now, on investing in more personnel for key government departments and agencies. Up to 30 new personnel are recommended to be recruited in the next 18 to 24 months”.

Dr Jimmy Murphy, co-principal investigator, states that “The EirWind socio-economic study indicates that in 2030, 6.3GW of installed capacity could support 12,000 direct and indirect jobs.  This includes employment in a wide range of industry activities, including planning and development, installation and commissioning, operations and maintenance. Our study is the first to undertake a detailed systematic analysis of domestic direct and indirect employment based on Ireland’s ability to supply products and services to the sector. Peripheral coastal communities could be transformed by these new employment opportunities”.

At least three port clusters can act as catalysts for jobs and enterprise in the Irish Sea (e.g. Rosslare logistics hub), the Celtic Sea (e.g. Cork Harbour hydrogen hub) and the Atlantic coast (e.g. Shannon Foynes and Killybegs assembly hubs). Investment in key ports is a critical enabler; coupled with the opportunity to attract Foreign Direct Investment (FDI) e.g. into the Shannon region as a manufacturing hub.

Exchequer funding and private investment will play an important role in providing the financial support to fully exploit the opportunity that the emerging offshore wind sector in Ireland represents for the taxpayer, the labour force and consumers. According to the EirWind Blueprint European funding can also be leveraged, as the Green Deal provides a stimulus to rebuild the economy post COVID. Offshore wind is only one part of the sustainability solution, however, it can play a major role in the future security and wellbeing of Irish people, for generations to come.