Leatherback turtles, beluga whales normally found in the Arctic, and white-tailed tropicbirds have all been recorded off the Irish coastline in what is among the biggest-ever nature surveys globally.

Researchers from UCC and GMIT have announced their key findings from the ObSERVE Programme, two research surveys which aim to enhance our knowledge and understanding of marine life in offshore Ireland. 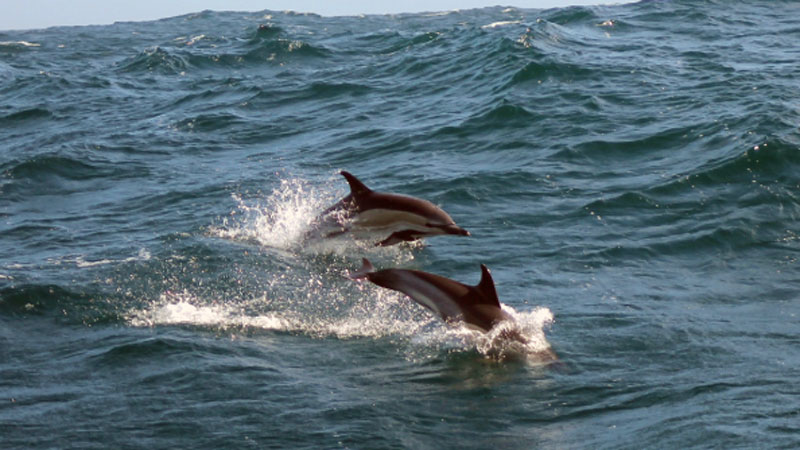 The ObSERVE Acoustic and ObSERVE Aerial surveys recorded 20 species of whales, dolphins and porpoises, and analysed and mapped almost 2,200 sightings.

The survey has provided new insights regarding the occurrence, distribution, abundance and migration habits of important species that are rarely seen at the sea surface.

At least three species of beaked whales were recorded and the endangered blue whale was also detected underwater up to 200km away. Although mainly an Artic species, the beluga whale was also found during the survey.

The Marine Institute’s Manager of Research Vessel Operations, Aodhan Fitzgerald said, “Underwater listening devices deployed from the RV Celtic Voyager have helped to provided new information about marine species in Irish waters. The Marine Institute is delighted to have been part of the multi institution team that has delivered this ground-breaking survey on behalf of the Government.”

The ObSERVE Acoustic project was carried out by an international consortium led by the Galway-Mayo Institute of Technology with partners the Marine Institute, JASCO Applied Sciences, SMRU Consulting and the Irish Whale and Dolphin Group.