The sailing vessel SV Northabout is visiting Mayo after successfully completing its ambitious journey circumnavigating the North Pole via the Northwest Passage.

The sailing boat was anchored in Blacksod yesterday evening and will visit Westport today before returning home to Bristol after their four-month journey. The boat was designed and built specifically for Polar Exploration in Mayo back in 2000. 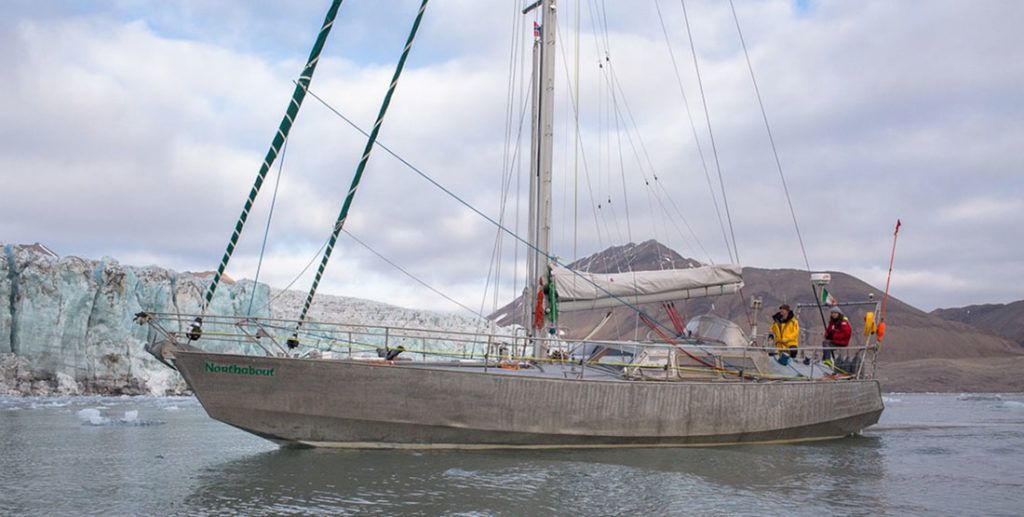 SV Northabout Making its way across the Arctic with alarming ease

The crew of the Northabout left Bristol on the 19th of June setting off on a 13,500 mile journey to circumnavigate the North Pole anticlockwise.

The aim of their polar ocean challenge was to highlight the drastic shrinkage in Arctic sea ice. They navigated their way through the receding ice of the Northwest Passage that only a few years ago would have been impassable.

Historically the Northwest Passage has been notoriously perilous for mariners. For centuries explorers including many Irishmen such as Francis Crozier on Franklin’s doomed expedition attempted to find a route through. Now however due to the receding sea ice, the cause of which has been largely attributed to human influenced climate change, the Passage has become routinely navigable in the late summer months since 2007.