Yesterday afternoon a whale was found stranded on Cross Beach in Mayo. The massive whale was around 40ft in length and according to the IWDG it was possibly a Sei or Fin whale. 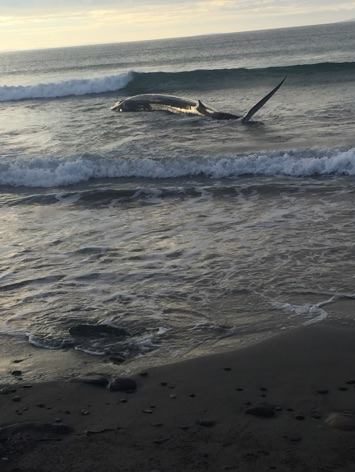 A group of local surfers went to the animals aid and helped it to re-float. Though the animal was most likely in a poor condition after its ordeal it was seen swimming away. Hopefully the creature will make a full recovery and get back on its way. 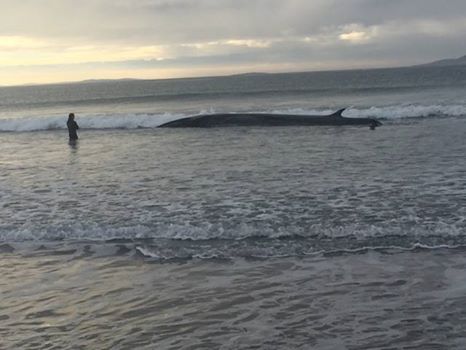 There are 14 species of baleen whales and these creatures are some of the largest animals on earth. Ireland is home to over 20 species of whales and has been a whale and dolphin sanctuary for over 25 years.