Bring your hard hats if you’re going fishing off the south-west coast this week, you just might need them. There’s a chance part of a French rocket could land in Irish water. 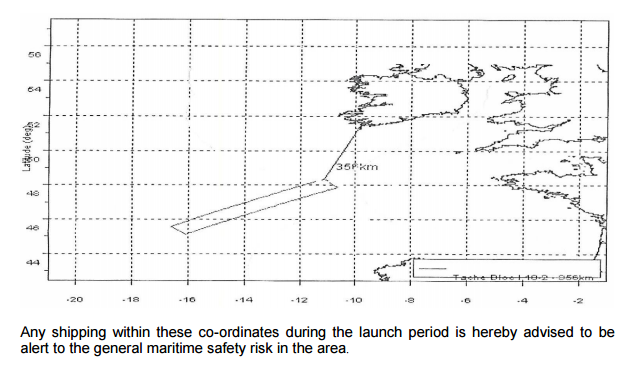 The government has been informed by the French government that a planned rocket launch rocket from Kourou Spaceport in French Guyana on the 24th May could result in some pieces of the launcher landing in Ireland Exclusive Economic Zone.

It’s projected the Soyouz VS15 rocket fragments could land approximately 356 km off south-west coast. The possible coordinates where the debris may land are below.

You have been warned!