The 6-pounder Hotchkiss gun from the wreck of the HMS Guide Me II has been restored and was remounted in the grounds of the National Maritime Museum in Dun Laoghaire yesterday afternoon. 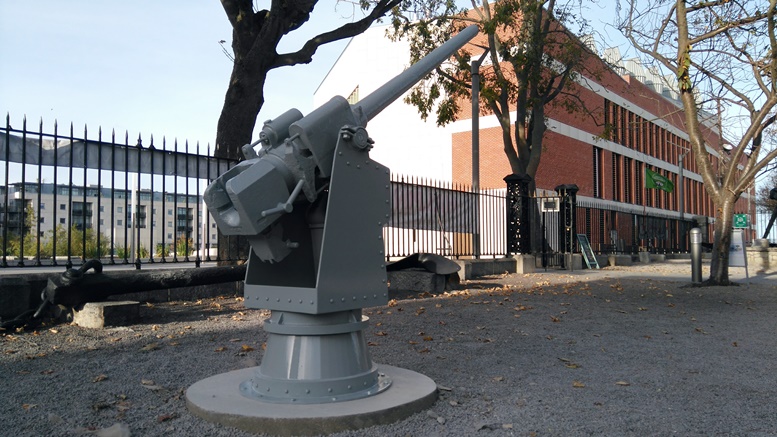 The HMS Guide Me II was a steam drifter built in Aberdeen, Scotland in 1907. In March of 1915 she was hired by the Admiralty and converted into an anti-submarine coastal gunboat during the First World War and armed with a single 6-pounder deck gun.

The drifter sunk on 29th August 1918 after a collision with another vessel while on patrol. The impact left a large hole in the starboard side and the ship sank about 2 kilometers off the Muglins. All the crew were lost. 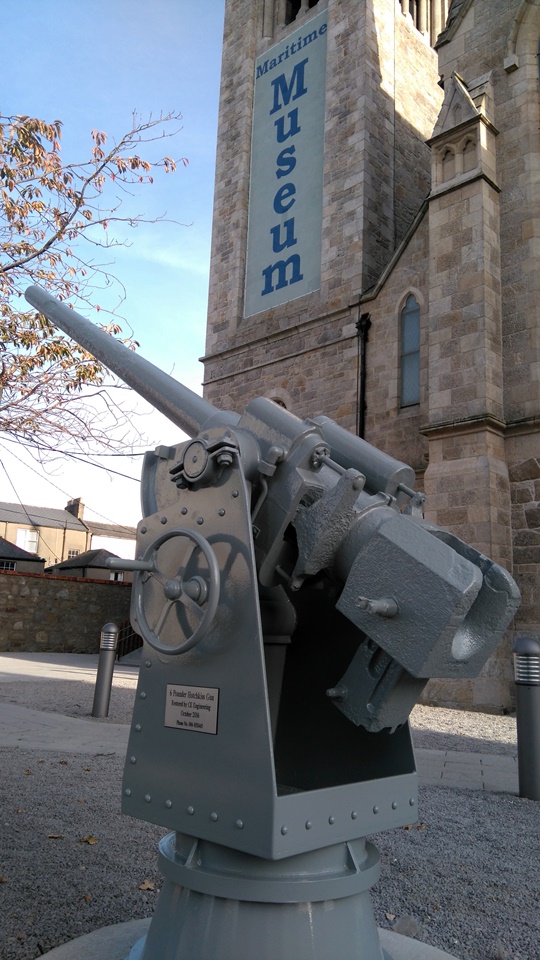 The 100 tonne wreck was discovered in 1990 by Ivan Tunstead and during that same year he recovered the 6-pounder gun. A live round was found in the breech when the gun was raised and was disarmed and made safe.

For several years it’s been in storage at the back of the museum but was recently sent to Cork for restoration work and now has been remounted and put on display in front of the National Maritime Museum. 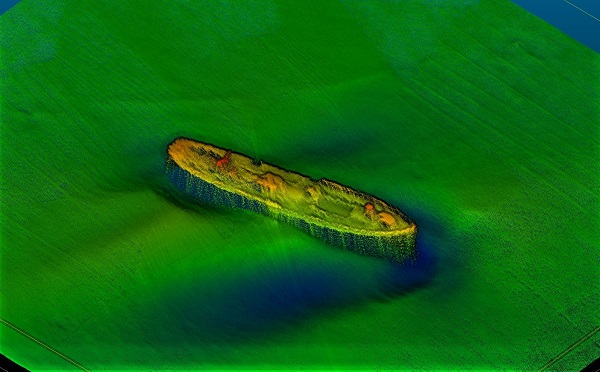 Today the wreck of the Guide Me II is a popular dive site lying at a depth of about 37 metres around 2.5 km south of the Muglins off Dalkey. There is a vast array of marine life around the wreck and it’s possible to partly enter the wreck through the gash on her side.