The French Naval anti-submarine frigate Latouche-Tréville is coming to Dublin from the 13th to the 17th October. The ship will be free to the public to view on Saturday but booking is essential and places are limited.

The ship is one of the 86 vessels that make up the French Navy. She is the third vessel to be named after the French politician and admiral Louis-René Levassor de Latouche Tréville who became a prominent figure in the French Revolutionary Wars and the Napoleonic wars. 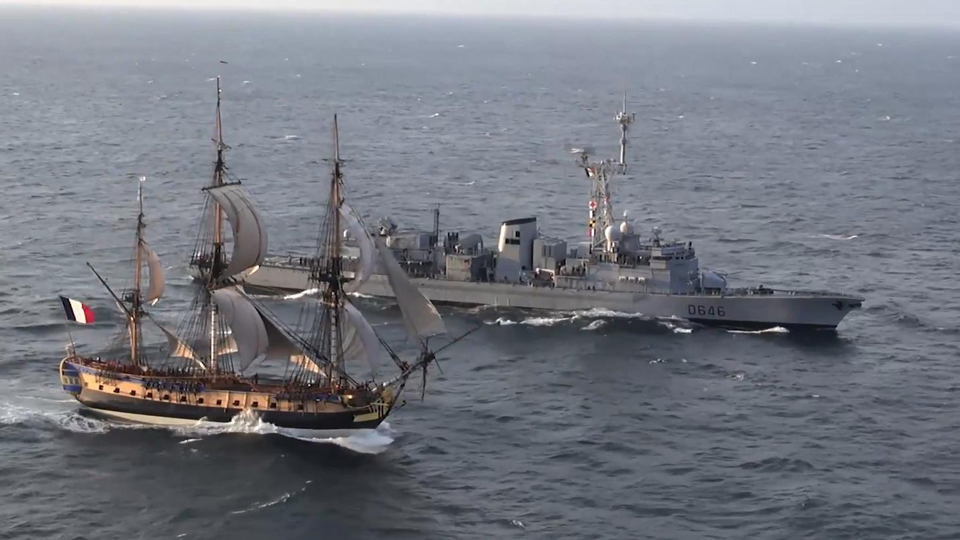 Latouche-Tréville with The Hermione, a replica of the ship that took Marquis de Lafayette to US shores

In April of 2015 the Latouche-Tréville escorted a replica of the 18th century sailing ship Hermione across the Atlantic to the US recreating the journey of the famous French General Lafayette who fought in the American Revolutionary War.

The ship was also filmed in an epic battle against the stormy seas for the 2009 documentary Oceans. See clip below:

If you want to check out this amazing ship it will open to the public on Saturday the 15th. Space is limited and booking is essential! If you don’t want to miss  a chance to check out the ship send an email to rsvp.dublin-amba@diplomatie.gouv.fr to book your slot.