Castletownbere Coast Guard and RNLI were called into action this morning to rescue a fisherman who got into difficulty on a ledge in the Dursey Sound. 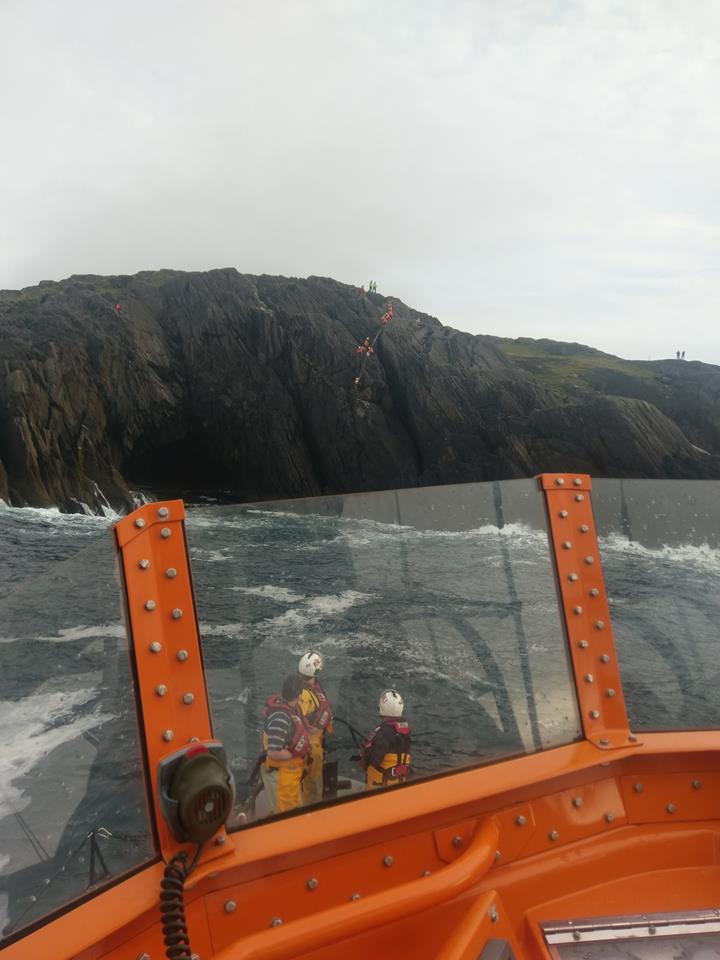 View from the Lifeboat. Photo by Paul Stevens, Castletownbere RNLI

The Polish man had been fishing on the rocks with two others when he got swept in by a wave. He managed to get out of the water but ended trapped on a ledge just above the heavy swell and was unable to climb up to safety.

The Shannon rescue helicopter 115 and Castletownbere RNLI quickly arrived on scene but due to the difficult location and adverse conditions the crews were unable to assist him. 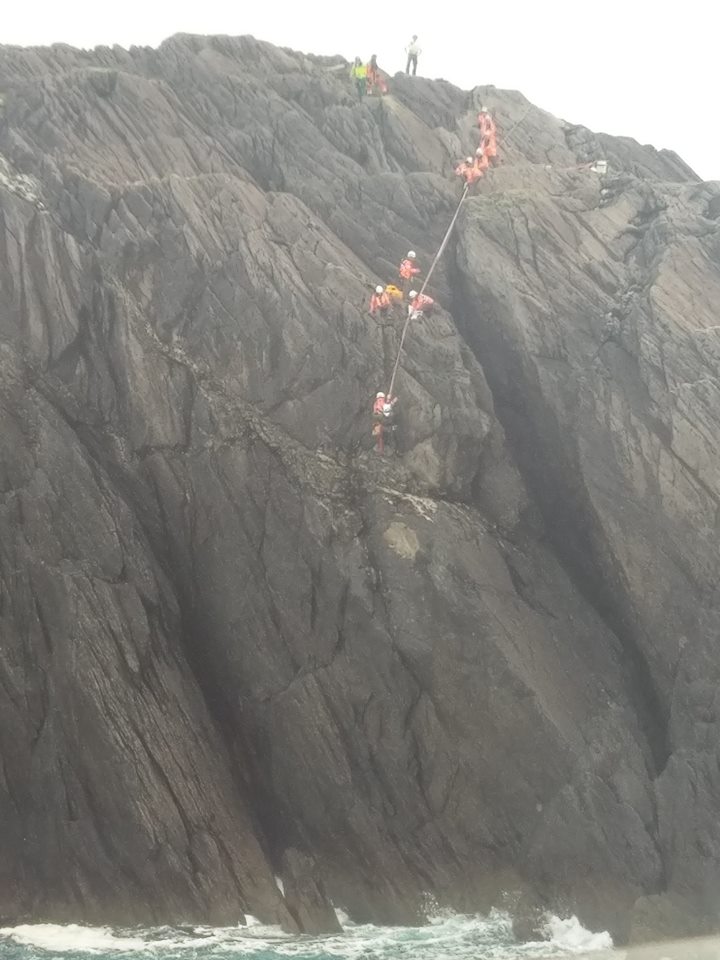 Climber and casualty being hauled up. Photo by Paul Stevens, Castletownbere RNLI

The teams reviewed the situation and the Castletownbere Coast Guard set up a climbing rig and set a climber down to retrieve the fisherman in a rescue harness. The crew then proceeded to hauled the two up to safety. The man suspected to be suffering from hypothermia was airlifted in Tralee General Hospital. He is expected to make a full recovery.