A rescue operation was mounted yesterday afternoon to rescue a diver after he got into difficulty.  The Dutch diver was diving with a group to the wreck of the HMS Audacious off the coast of Fanad Co. Donegal. He is said to have developed compression sickness more commonly known as the ‘bends’. The man was airlifted and brought to Craigavon Hospital Co. Armagh for treatment.  He is said to be recovering well after the incident. 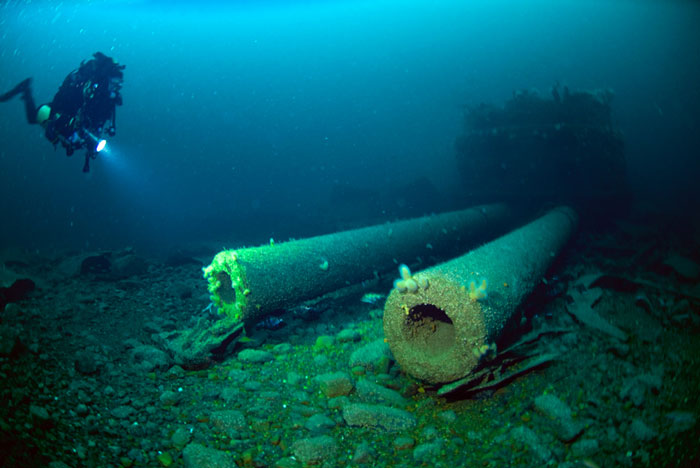 The HMS Audacious was a battleship of the Royal Navy. Only 14th months into service on the 27th October 1914 she was hit by a German naval mine off the northern coast of Tory island. She began to list and water spread throughout the engine’s compartments, as she headed for land the engines failed. RMS Olympic, sister ship to the Titanic, came to her aid to tow the vessel but their efforts were in vain and the tow parted. By nightfall the ship had capsized and sank.
SHARE TWEET PIN SHARE