It is estimated that 240,000 Atlantic salmon returned to Irish shores last year, according to Inland Fisheries Ireland.

The enduring Atlantic salmon populations in Irish waters were being highlighted at the launch of the International Year of the Salmon (IYS), which takes place in 2019. Sean Canney TD, Minister with responsibility for the inland fisheries sector, marked the launch by unveiling one of a new fleet of 12 RIBs (Rigid Inflatable Boats) to highlight the importance of fisheries protection especially during migration along the coasts. 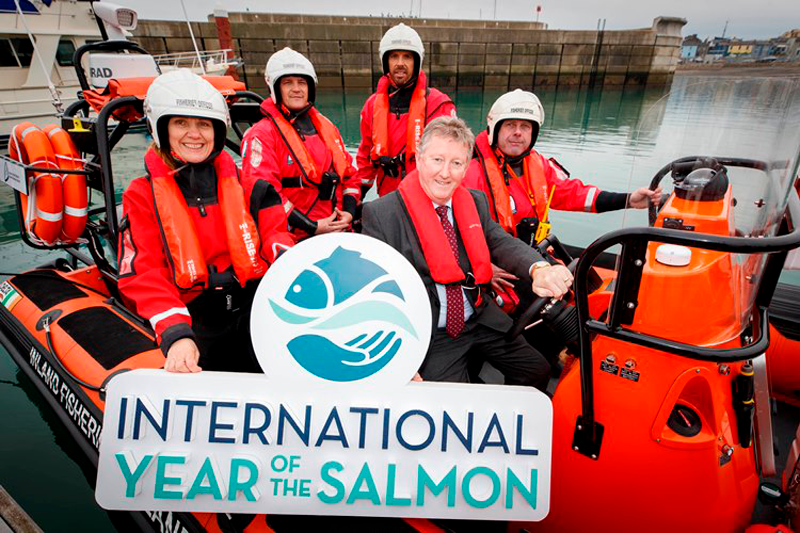 Minister Canney said: “It is vital that we protect our valuable fisheries resource as environmental change and human impacts are placing salmon and other species at risk. The International Year of the Salmon is a global initiative which aims to bring people together to share knowledge, raise awareness and take action on how we can ensure the resilience of salmon in Ireland and in the Northern Hemisphere. ” he added. 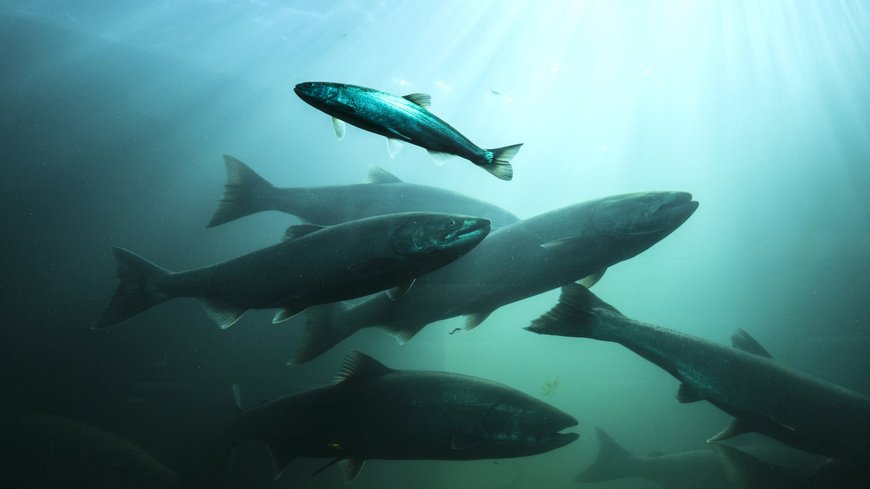 The continuing declining trend in many wild salmon stocks both nationally and internationally in recent decades has been attributed to many different factors such as climate change, alterations to physical habitats, water quality issues, predation, over-fishing and increased mortality due to sea lice.

International Year of the Salmon is a joint worldwide initiative of the North Atlantic Salmon Conservation Organisation (NASCO) and the North Pacific Anadromous Fish Commission (NPAFC) alongside other partners across the globe, creating an international framework for collaborative outreach and research. It is hoped that IYS will raise awareness of what humans can do to ensure salmon and their habitats are conserved and restored against a backdrop of several environmental factors.

Dr Ciaran Byrne, CEO of Inland Fisheries Ireland said: “I am delighted that we are adding to our protection fleet today, particularly in light of the challenges facing salmon stocks across the Northern hemisphere. In Ireland, salmon are part of our national identity, holding a special place in our culture and heritage. In fact, salmon populations have sustained many rural communities over many decades. The extraordinary life cycles of salmon however exposes them to many environmental and human-caused factors which influence their health and populations.

Fisheries managers and scientists have been concerned for a number of years about the declining numbers of salmon returning to the Irish coast. International Year of the Salmon offers us an opportunity to start an important conversation around how we can protect, conserve and restore salmon populations in Irish and international waters and more importantly, how we can inspire action. Inland Fisheries Ireland looks forward to continuing this conversation over 2019 and beyond.” 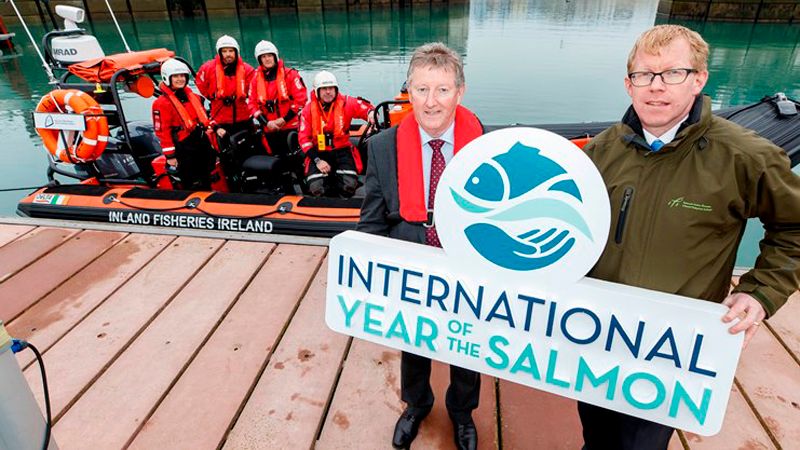 Minister Canney emphasised that since 1996, a progressive series of conservation initiatives have been introduced in Ireland to try to address the decline in salmon stocks. Inland Fisheries Ireland implements the Wild Salmon Conservation Scheme, managing rivers on an individual basis, rather than a national or district basis with only rivers with an identifiable surplus over the conservation limit open for the harvest of salmon and sea trout. In addition, the Salmon Conservation Fund, which is generated from the sale of salmon angling and commercial fishing licences, reinvests in projects which promote the recovery of salmon stocks and habitats.

During International Year of the Salmon, Inland Fisheries Ireland will introduce a commemorative salmon licence which will include updated information for anglers on catch & release angling. Carcass tags will also be rebranded to read: ‘Choose Catch and Release.’ A number of other awareness and outreach initiatives will also be introduced in the New Year, these will be publicised both on www.yearofthesalmon.org and Inland Fisheries Ireland’s dedicated webpage. 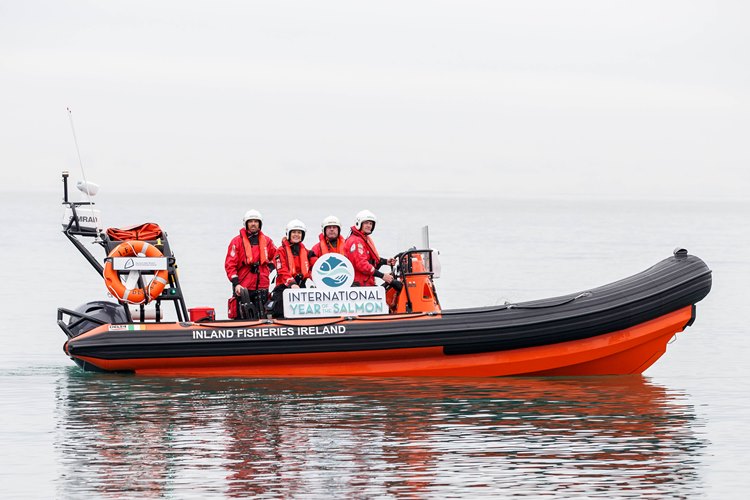 The new fisheries protection RIB, officially introduced to the protection fleet in Greystones, Co.Wicklow to mark the start of International Year of the Salmon, will serve the east coast and larger inland lakes in the Eastern River Basin District. It comes after the launch of other RIBs around the country in recent months. Inland Fisheries Ireland is replacing its sea-going fleet with 12 new Delta 780HX Maritime Protection RIBs built by Delta in Manchester. This will ensure proper protection of salmon in the coastal waters of Ireland out to the 12 mile limit.