A beloved family dog that went missing last week has been rescued by the Irish Coast Guard from the bottom of a 40ft cliff in Waterford. 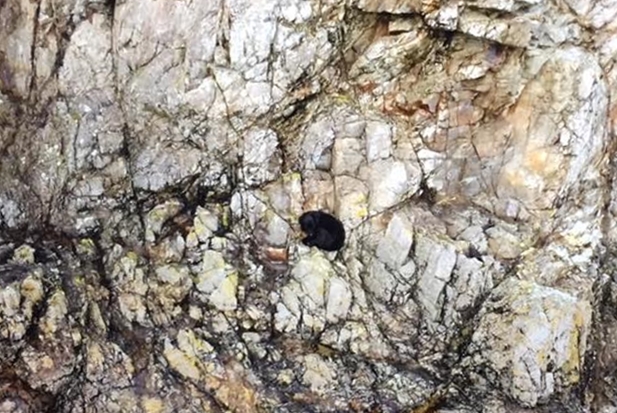 Spot the dog – Gertie at the bottom of the cliff. Credit Stradbally GAA

The Waterford family were reunited with Gertie yesterday evening after rescue crews saved the dog who had been missing since last Thursday.

The dog was finally spotted yesterday afternoon by the keen eyed Bill Crowley, a member of the Irish Coast Guard. He found the dog while checking out the cliff path at Ballyvooney and as he descended down a dangerous ledge to his surprise spotted Gertie below. 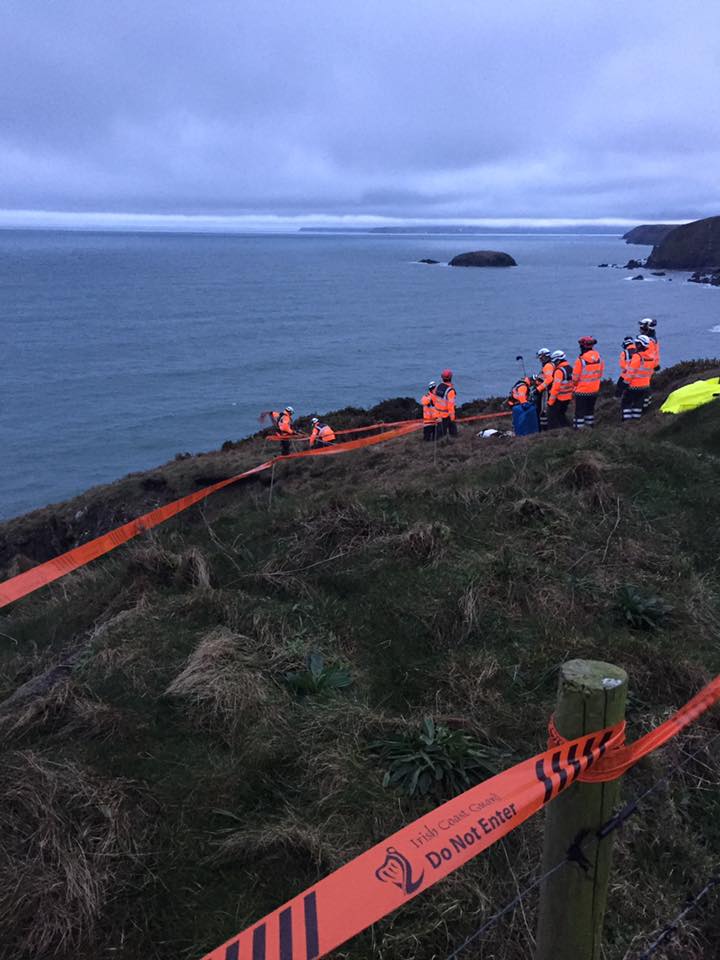 The whole operation was recorded by Stradbally GAA and they kept the local community updated on their Facebook page.

After the rescue they said “Gertie is home safe and sound, not a dry eye in parish. Well done to everyone who helped locate her, especially Billy Crowley who went above and beyond the call of duty to locate her.

“Also the community is indebted to the Coast Guard who recovered Gertie, these dedicated men and women are a credit to the country.”