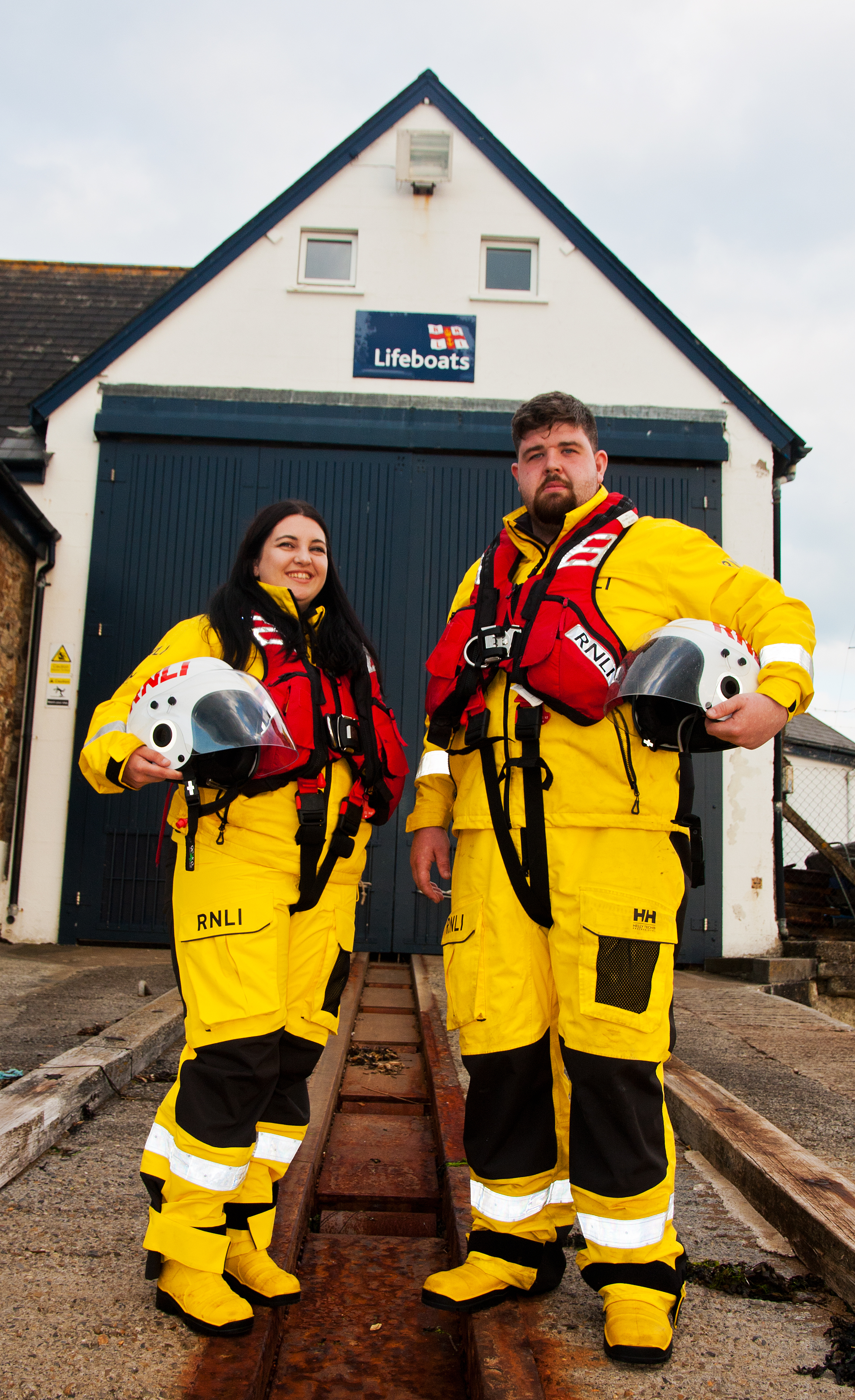 Amy O’ Neill and Ian Heffernan, both from Wicklow, recently travelled to the RNLI College in Poole, Dorset, to complete the charity’s Crew Emergency Procedures course.

Ian was inspired to join up as a volunteer crew member for the charity as his family have a long tradition with the emergency services, his dad Brian now retired, was a lifeboat volunteer for many years. Amy has followed in her father’s footsteps also and now volunteers alongside her dad Joe on the crew.

The course sees volunteer crew being trained in a variety of crucial subjects such as how to deal with fires aboard lifeboats, how to ‘abandon ship’ in the event of an emergency (with a 4m jump into water), team survival swimming, coping in a life-raft in simulated darkness, how to right a capsized inshore lifeboat, and the importance of lifejackets. It also includes sessions on the correct use of flares, fire extinguishers and throw bags.

Talking about the training, Ian said he enjoyed the course and the highlight was the capsize training. For Amy the ‘abandon ship’ scenario stood out and she described the four metre jump into the water as memorable.

Amy and Ian’s training took place in the Sea Survival Centre at the RNLI College, where they were joined by other RNLI volunteer crew members from around the UK and Ireland.

The training was funded by Lloyd’s Register Foundation, a charitable foundation that helps to protect life and property by supporting engineering-related education, public engagement and the application of research. The Foundation has committed to funding the RNLI’s Crew Emergency Procedures course for a second 5-year period until December 2020. This additional funding of €1,208,400 brings their total support for RNLI crew training to just over €2,804,400* since 2008. More than 3,000 RNLI volunteer crew members have now received the training thanks to Lloyd’s Register Foundation’s funding.

James Kilburn, Lifesaving Delivery Training Manager at the RNLI said, ‘We are so grateful to Lloyd’s Register Foundation for funding this vital part of our volunteer crews’ training.

‘Their support is very important to us and it’s fantastic how, so far, over 3,000 of our crew members have benefitted from Lloyd’s Register Foundation funding this part of their training. As only one in ten of our volunteer crew members comes from a professional maritime background, the Crew Emergency Procedures course is crucial in giving our volunteers the training they need and helping keep them as safe as possible while carrying out rescues. It gives volunteers the confidence to save lives even in the most challenging conditions.’

This donation is the latest in Lloyd’s Register Foundation’s relationship with the RNLI, which was recognised in 2010 when it received the Group Supporter Award from HRH Prince Michael of Kent in recognition of its valuable support of the charity.