A couple in Perth, Australia have found what might well be the world’s oldest message in a bottle. The antique bottle was discovered washed up on a beach north of Wedge Island earlier this year with the note dated 12th June 1886. 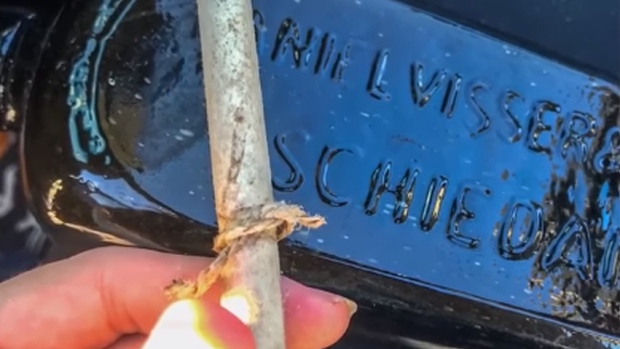 Tonya and Kym Illman discovered the old gin bottle while out for a walk. Thinking the usual bottle looked unusual and worth collecting, they initially had no idea what they had discovered until they took the bottle home and dried it in the oven. Inside the bottle they were surprised to find a note from a 19th century German scientist.

Curious to find out more, they took the note to the Western Australian Museum where it has was authenticated by experts.

It turns out the bottle had been thrown into the Indian Ocean from the German ship Paula as part of an experiment into ocean currents and shipping routes by the German Naval Observatory in 1880’s. The straightforward experiment involved throwing thousands of bottles into the sea to track ocean currents and it spanned a lengthy 69 years. Inside the bottle the message asked the finder to plot the coordinates of where it was found, date it and send it back to the German scientists.

Over 600 of the thousands of messages from the same experiment have been found and returned with the most recent being discovered in 1934.