The Irish Naval Service has this month floated out the LÉ William Butler Yeats.

Have a closer look below: (Photos are from the Irish Naval Sevice Facebook page) 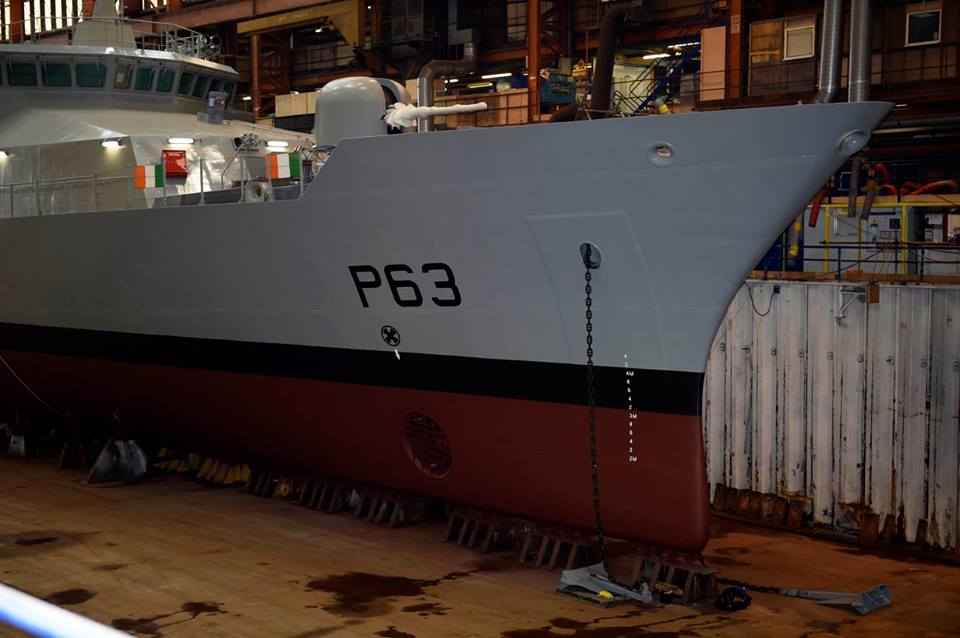 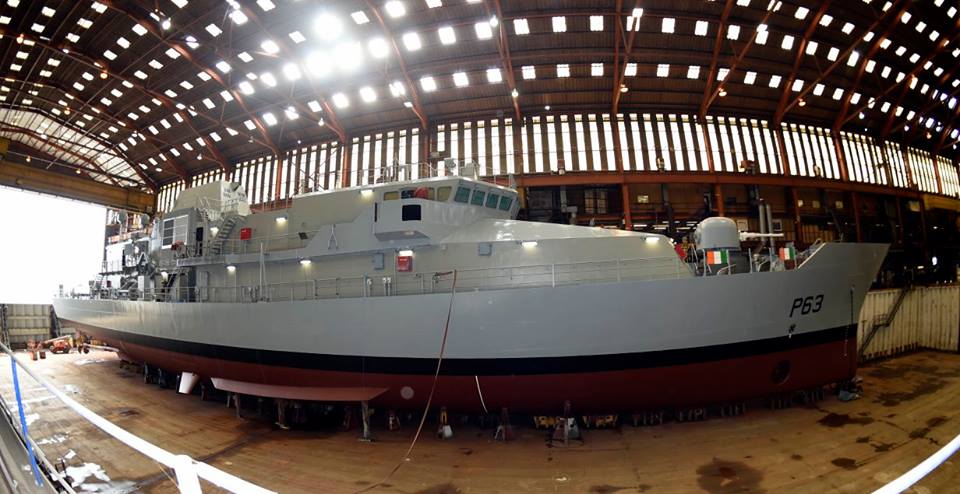 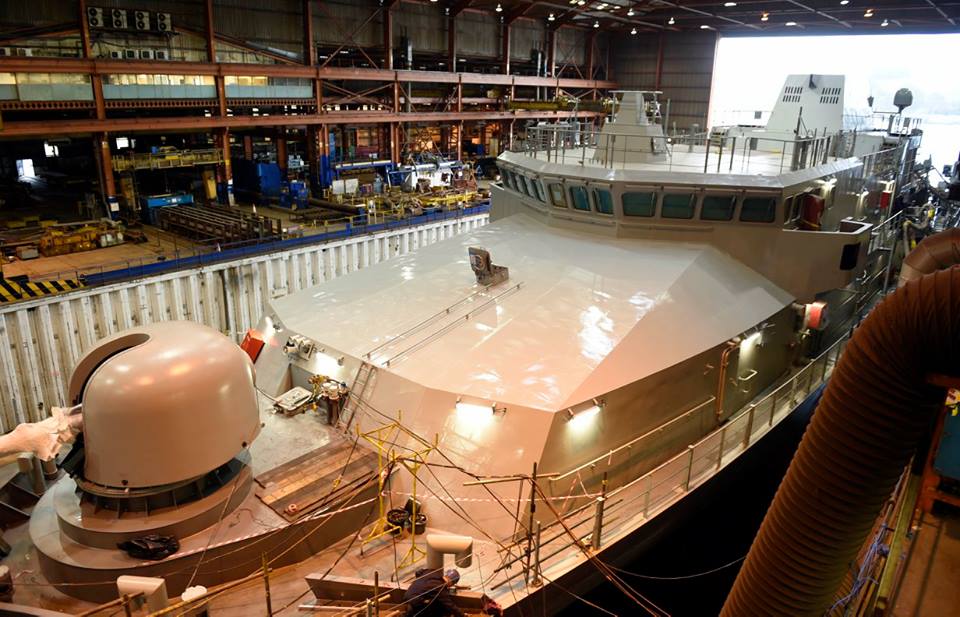 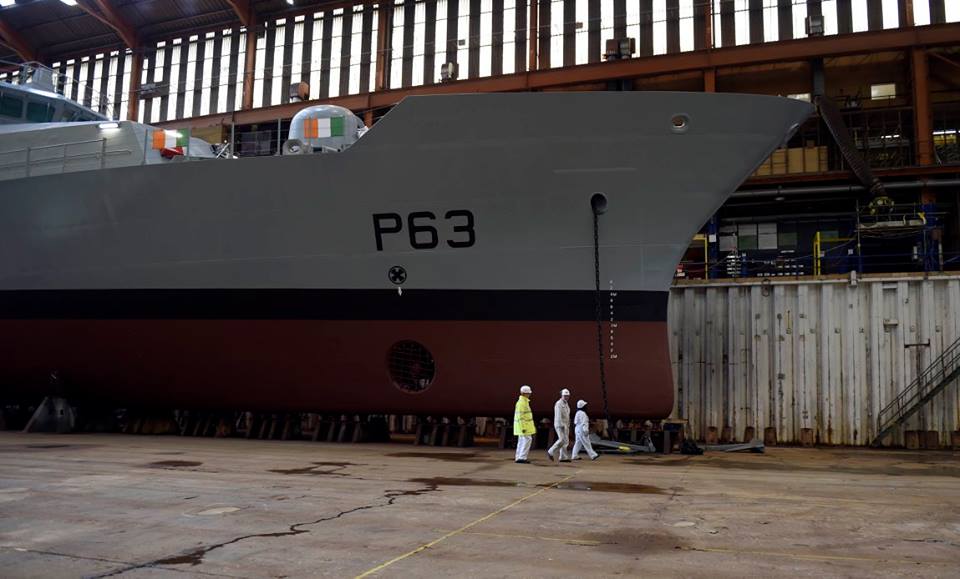 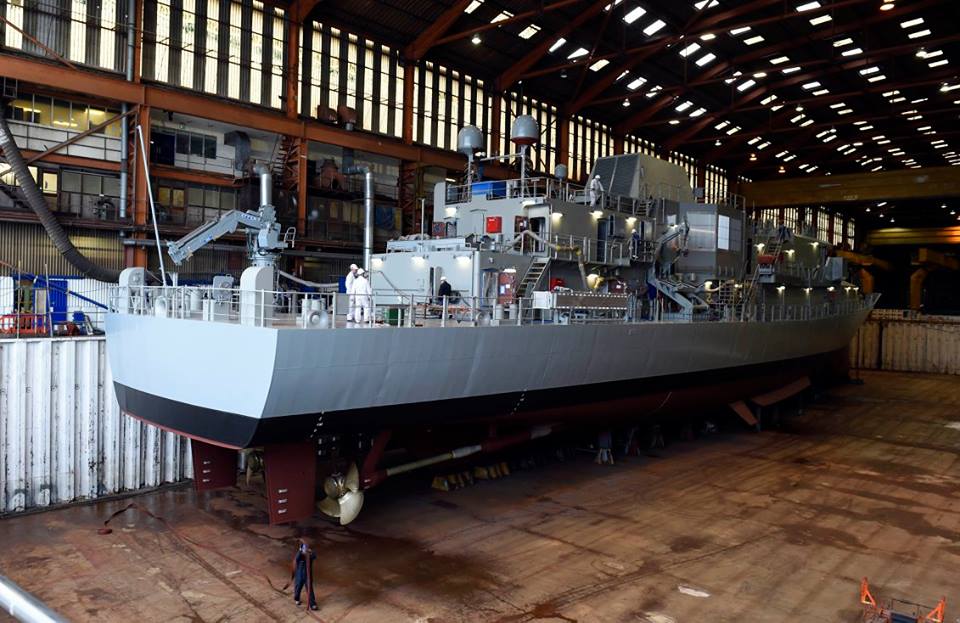 The aft flight deck allows for the operations of unmanned aerial vehicles (UAVs), can accommodate three 20ft containers and has a large 5t crane. 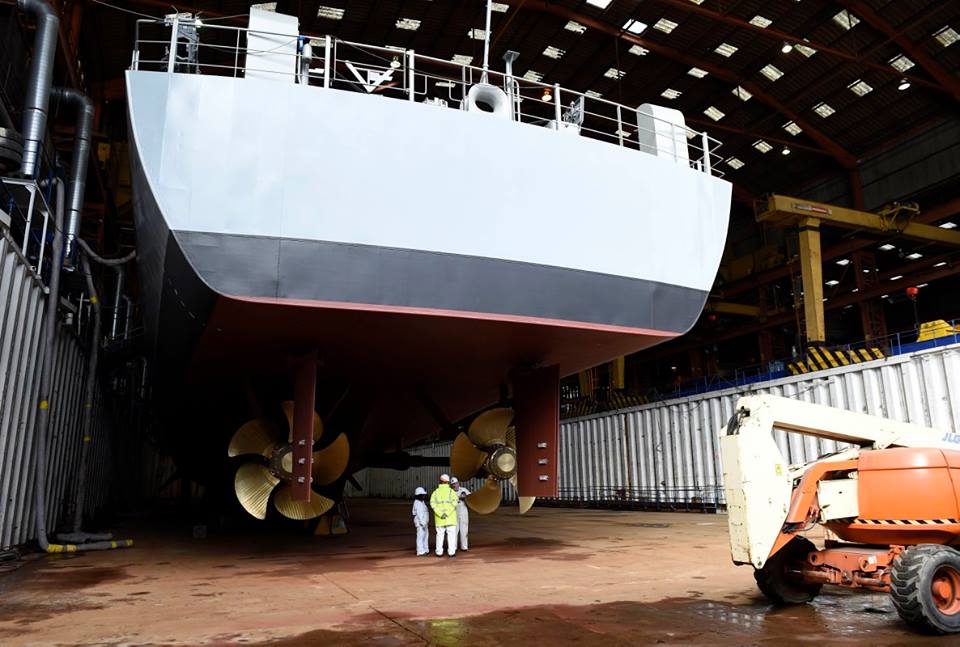 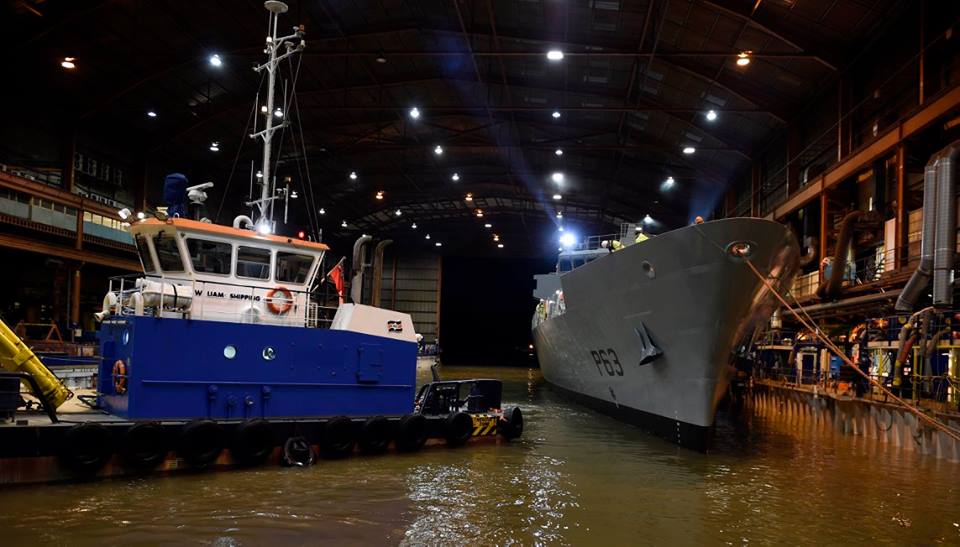 Accommodation is provided in single berths and four berth cabins. 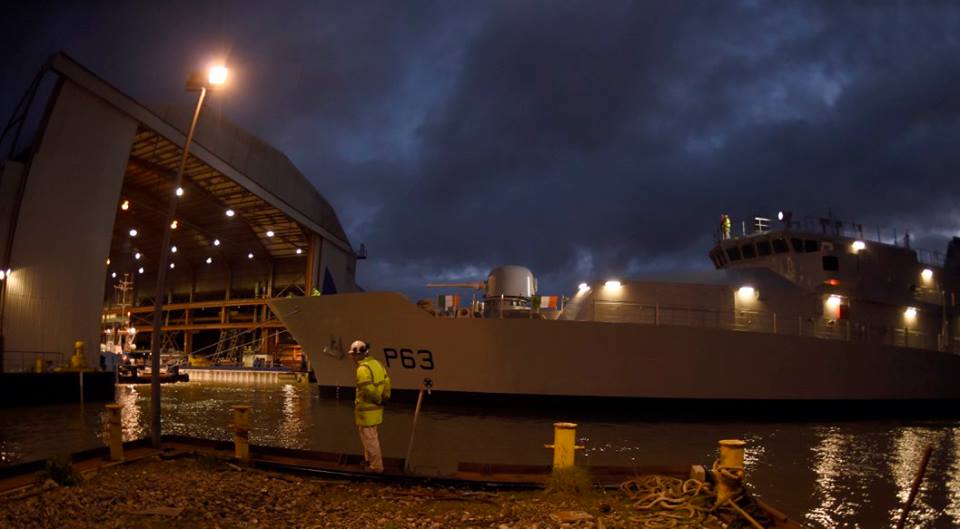 The main gun of the vessel is a 76mm compact naval gun equipped with an electro optical fire control system.

Two 20mm cannons are fitted port and starboard and serve as secondary weapons.

The  ship integrates a 450kW bow thruster and rudders for high manoeuvrability in close quarters. 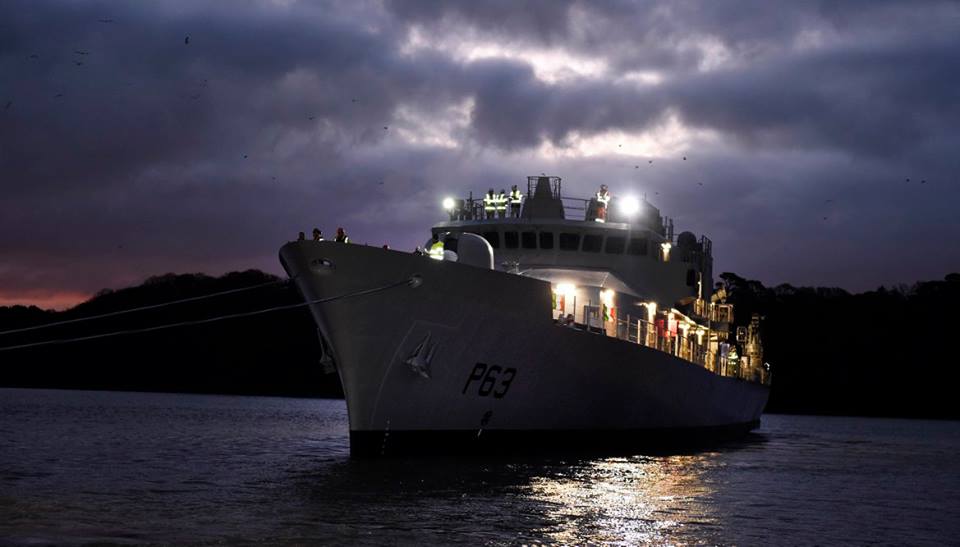 The arrival of the LÉ William Butler Yeats is timely given Ireland’s renewed commitment to the humanitarian crisis in the Mediterranean. The deployment soon of the LÉ Róisín, which replaces the fine contributions of the LÉ Niamh, means an additional ship will be welcomed on Fisheries protection patrols around the Irish coast.