On Tuesday April 14th, an elderly man on Inis Mór requiring further medical attention was taken aboard and under the supervision of the volunteer crew members was transferred to Rossaveal and on to the waiting Ambulance. 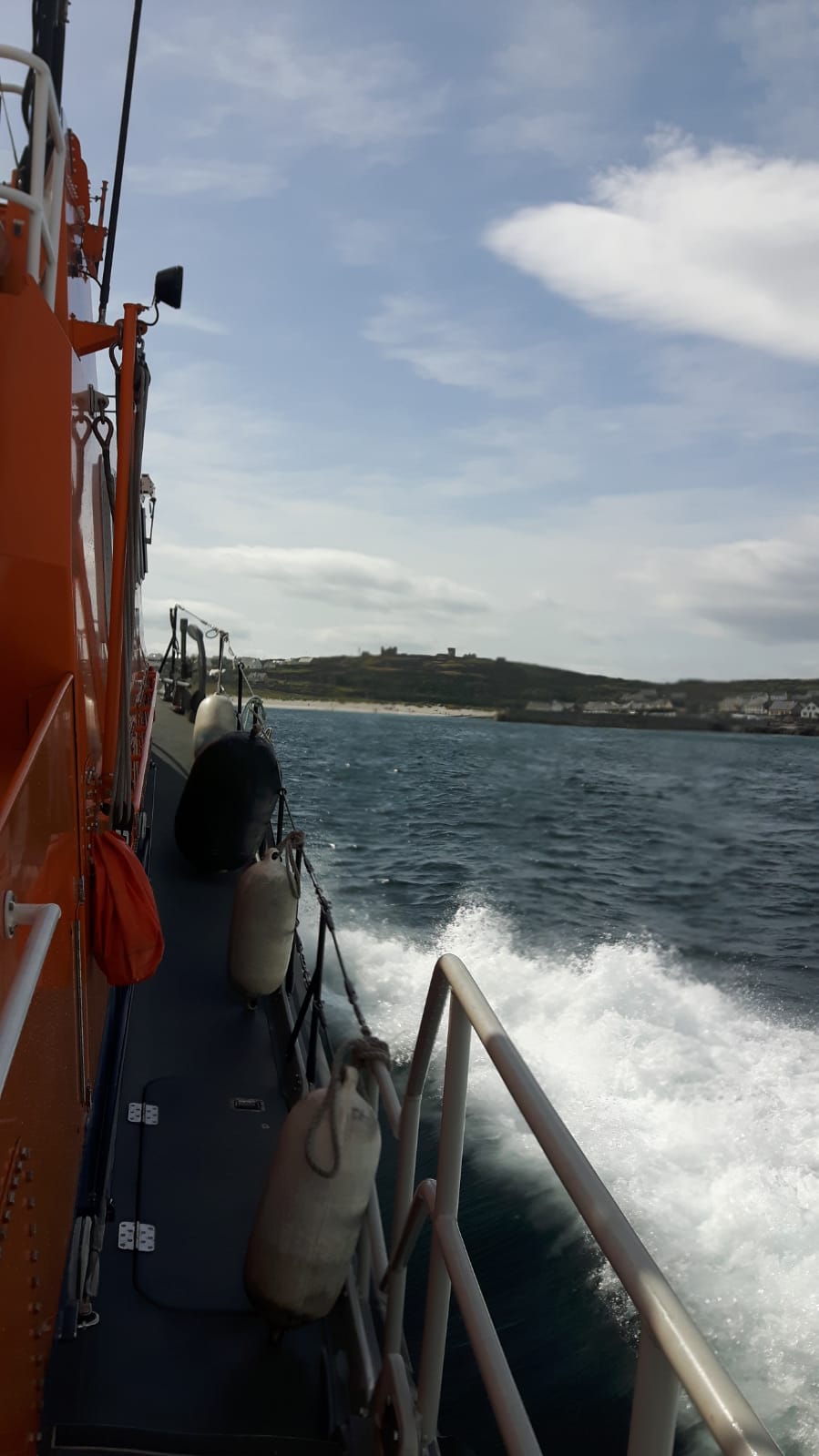 The Aran Islands RNLI volunteer Lifeboat crew launched their all-weather Severn Lifeboat #17-06 David Kirkaldy under Coxswain John O’Donnell and a full crew. Weather conditions at the time of launching were good, with calm seas and a light wind.

Once alongside the pier in Inis Oirr, the patient was carefully transferred safely aboard and under the supervision of the volunteer crew members, was taken to Rossaveal harbour and the awaiting Ambulance.

Speaking after the call out Aran Islands RNLI Coxswain John O’Donnell said : In these uncertain times we find ourselves in, our volunteer crew members are on call 24/7 , ready and willing to answer any call out. Ensuring the crews safety and the patients taken aboard is our number one priority.