The volunteer crew of Aran Islands RNLI were asked to launch their all-weather Severn class lifeboat this morning at 8.24am by the Irish Coast Guard. 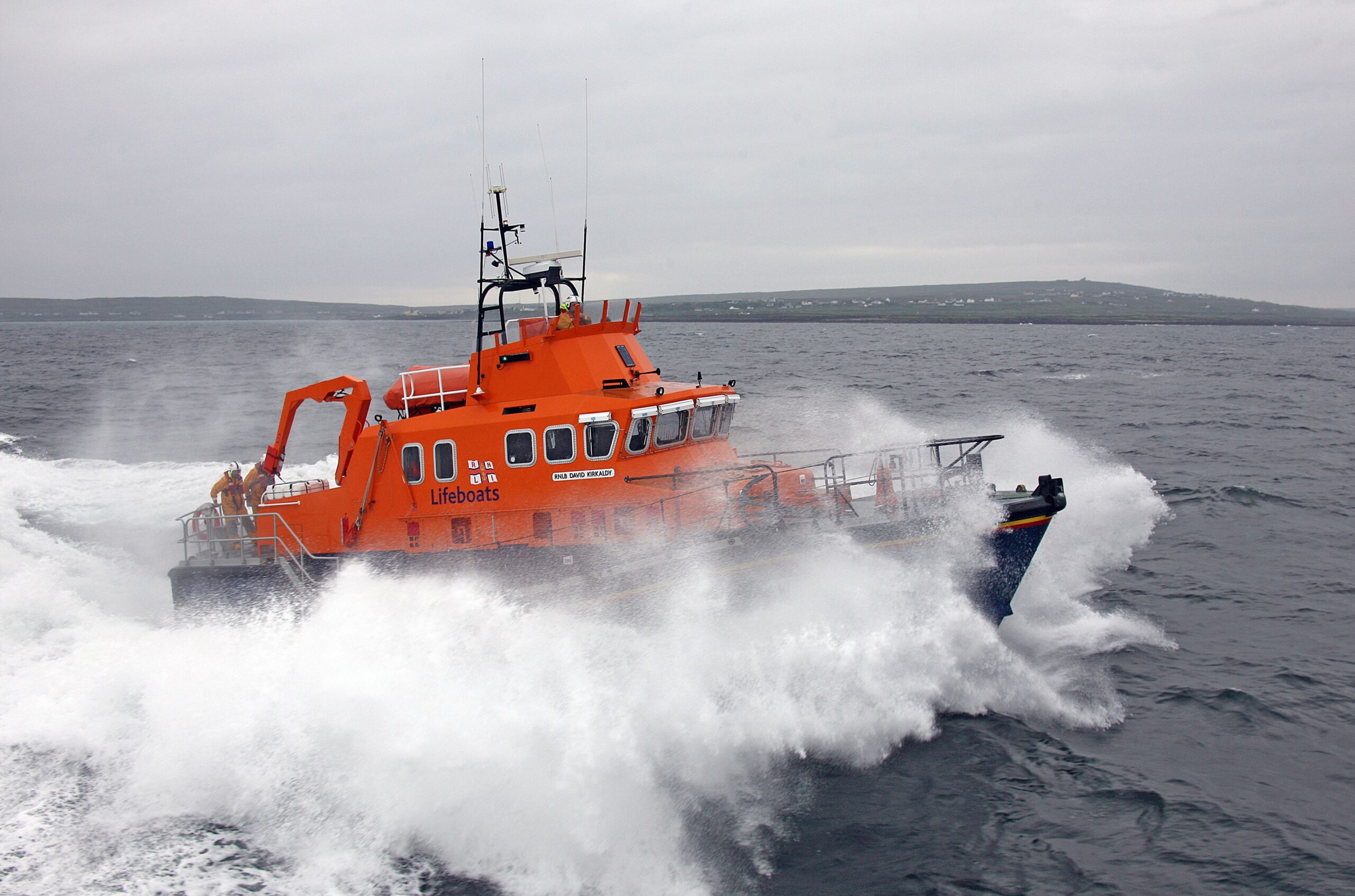 Due to poor visibility, a scheduled patient transfer by air was unable to go ahead. The crew were requested to transfer the patient to Rossaveal. Following all strict Covid-19 health and safety guidelines, the patient was transferred safely aboard the lifeboat by both the crew and the Inis Mór Fire Service.

The lifeboat launched under Coxswain John O’Donnell and a full crew and proceeded straight for Rossaveal Harbour. Weather conditions at the time of launching were good with calm seas but poor visibility.

Having just launched, the lifeboat was called back to Inis Mór, as another patient on the Island needed further medical attention.

The second patient was safely transferred aboard the lifeboat by the volunteer crew at the pontoon on Inis Mór. The lifeboat then headed straight for Rossaveal Harbour and the waiting Ambulance.

Speaking after the call out, Aran Islands RNLI Coxswain John O’Donnell said: ‘The volunteer crew responded quickly and two patients are safely on their way to further medical attention – we would like to wish them both a speedy recovery.

‘Poor visibility can be very dangerous on the water. Should you get into difficulty or see someone else in trouble, call 999 or 112,and ask for the Coast Guard.’