The Irish government has issued its Coastal and Maritime Defence Plan in advance of Britain’s departure from the EU. The plan, which forms a key element of Ireland’s Brexit Preparation Strategy and is the product of an intense two-year consultation process, has been broadly welcomed by the fishing and coastal communities around Ireland.

The centrepiece of the plan will see the reactivation of Martello Towers and Second World War Lookout Posts around the country in an effort to protect and enhance policing of Ireland’s coastline in a post-Brexit world. 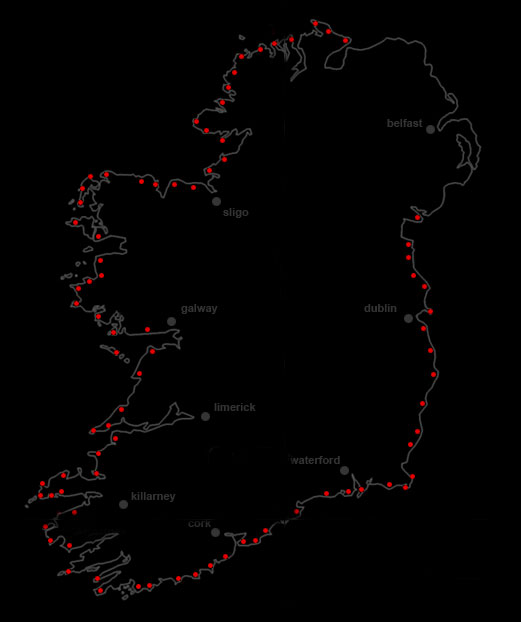 The Coastal and Maritime Defence Plan will see the reactivation of 83 Lookout Posts and 45 Martello Towers which are located around Ireland’s coast.

The Lookout posts were in use during the Second World War from September 1939 to June 1945. They were built at strategic points around the coast at ten to twenty-mile intervals from Ballagan Head in Louth to Inishowen Head in Donegal.

The Martello towers were built in the early 19th century as defensive structures when hostilities between England and Europe were previously peaking. The towers were built around the Irish coastline at Dublin, Cork, Galway, Clare, Wicklow and Wexford. 26 towers were built from Balbriggan to Bray as Dublin Bay was considered most vulnerable.

All lookout towers are currently in public ownership while compulsory purchase orders for the 12 privately owned Martello Towers have been issued. Following an outcry by the owners of three Martello Towers on Dublin’s Southside, these will be excluded from the coastal defence plan.

Martello Towers Built in the early 19th century as defensive structures when hostilities between England and France were at their height.

A government spokeswoman, when asked about use of the centuries-old Martello Towers and World War Lookout Posts, has said that the use of established technology was preferred following the UK’s much-ridiculed suggestion of a ‘technologial solution’ to the Northern Ireland border problem.

“It was decided it was more sensible to use tried and tested technologies to protect our coastal borders.”

“There is no truth to the rumours that we will be constructing any sort of catapults adjacent to the Martello Towers or Lookout Posts.”

It is expected the defence perimeter will be fully operational by the time Brexit is completed in 2045.

*This article was printed April 1st, April Fool’s Day. If you enjoyed this, check out our other efforts.