These days we live in a digital world where everyone is connected and online. Friends and family even in far-flung corners of the world are only ever a click away. Global communication is something we take for granted and for at least one full generation it’s all they’ve ever known. But of course this wasn’t always the case and there is a long line of inventors, engineers and innovators we have to thank for this mind mind-bogglingly convenient world we now know.

Captain Robert Halpin was one of these important figures. 150 years ago he literally laid the foundations of modern communications when he installed the first transatlantic cable from Valentia Island in Kerry to Hearts Content, Newfoundland. This connected two continents and ushered in a new age of global telecommunications. 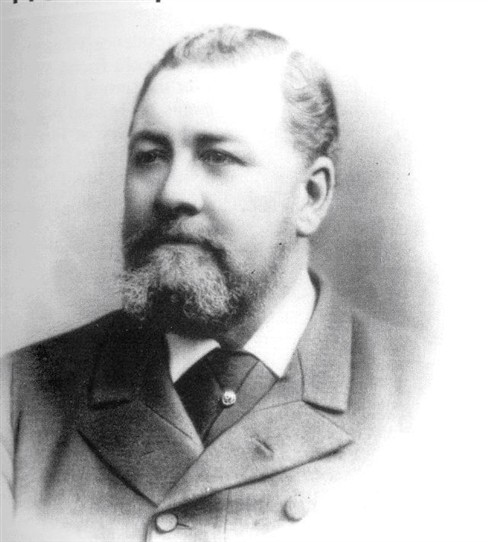 Robert Halpin was born 16th February 1836. His parents ran a small dockside tavern called the Bridge House in Wicklow (now the Bridge Tavern), a local haunt for seafarers and fishermen. Life for Robert growing up was closely intertwined with the sea. He watched the ships coming and going, the sailors working at the docks and in the tavern he was regularly regaled by tales of the sea and distant lands. He became fascinated with the sea and the ocean eventually called to him. At 11 he left home he decided to withdraw from formal education and instead set off on a life at sea.

Robert jumped right in the deep end beginning his career on a seven year apprenticeship on the sailing ship Briton that was involved in the North American trade making two round trips a year. The ships luck ran out when it got caught in bad weather and wrecked. Many lives went down with the Briton, but for Robert this was but his first brush with death and escaped from the drowning vessel.

He finished out his apprenticeship with the same company and throughout his career he had many adventures. He was temporarily stranded in Australia when more than half of the crew jumped ship to earn their fortune in the gold rush. But Robert’s loyalty remained and he stayed with the ship until enough crew could be mustered to man the voyage home. At 22 he was put in charge of the Argo and on returning home from her maiden voyage she got enveloped by a thick fog and struck rocks. No one was injured but the ship was ruined. Robert’s master’s ticket was suspended for nine months because of the mishap. For a time he was involved with the American Civil War, running the Yankee blockades bringing in supplies for the Confederate States. 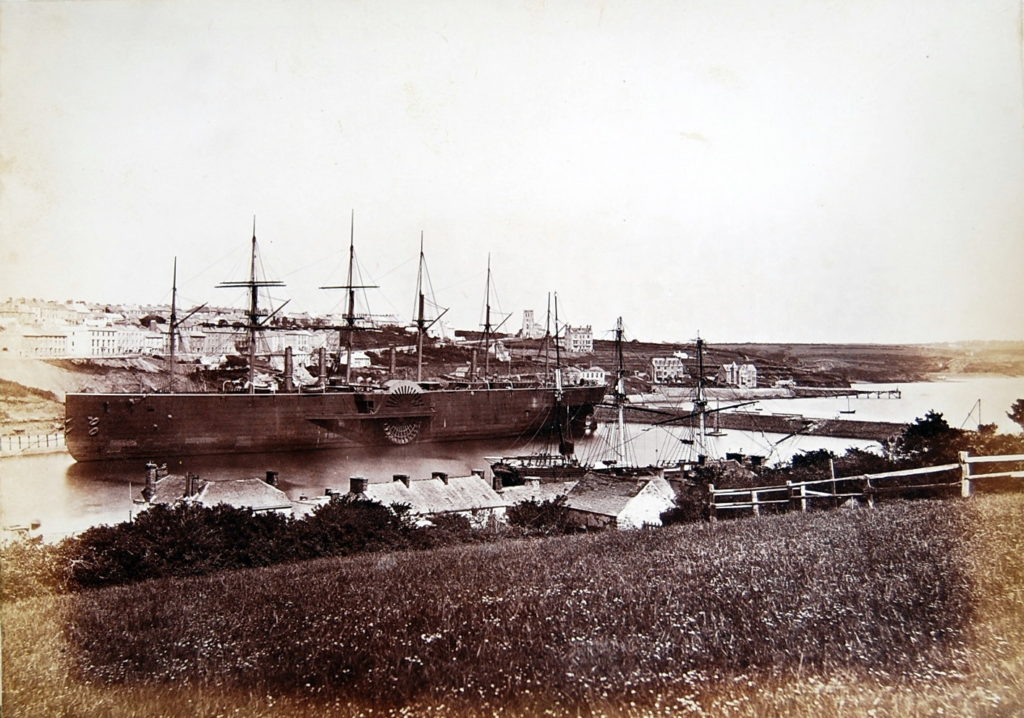 But what Robert Halpin is best remembered for is his contribution to global telecommunications.

The Great Eastern, designed by Isambard Kingdom Brunel, was at the time the biggest ship on the waves, 693 feet long, 22,500 tons and could accommodate over 3000 passengers. But she was a commercial failure and was instead fitted out as a telegraph cable layer.

Robert joined the Great Eastern in 1865 as first officer. His first trip onboard was to link Europe and America by placing a 2600 mile cable from Valentia Island in Kerry to Hearts Content, Newfoundland. The first attempt to connect the United Kingdom to North America by underwater cable had been in 1858 but the connection only lasted a week before it fried. Their attempt also failed. The cable snapped several times and eventually was lost on the ocean floor unable to be retrieved.

A year later on the 13th of July 1866, with Robert at the helm, the Great Eastern left Valentia Island and returned to recover and repair the broken cable in an extraordinarily difficult feat of engineering. But only two weeks later they arrived in Newfoundland with the connection completed and for the first time the two continents were successfully connected together.

From 1869 and throughout the 1870’s with Halpin as commander, the Great Eastern continued on its mission to lay cables and connect the globe. In his years at the helm in lay over 26,000 miles of cables linking France and Canada, India and Singapore and Singapore to Australia.

He married in 1873 to Jessie Munn who he met in Newfoundland and retired fairly young. He built an impressive mansion in Tinakilly, now used as a guest house, and was heavily involved in local politics. He died on the 20th January 1897.