Do you believe in ghosts?

There are plenty of stories of supernatural occurrences taking place at sea; the Mary Celeste, the Bermuda Triangle, the Flying Dutchman, but there is one story that is very real, a story that the intrepid members of the UCD Sub-Aqua Club brought to light…

Gather round, and I’ll tell you the tale…

During the St. Patrick’s Day weekend, we made our annual pilgrimage to Malinbeg in Donegal in order to qualify our new trainees by throwing them into the cold March sea (who’s idea was it to start the dive season in March anyway?).

We were surprised by the sunshine, and the fifty-three different species we recorded, but there was one more ghastly shock left in store.

While our new divers were taking the plunge, some of our other members were undertaking a beach clean on the nearby Silver Strand when they spotted something spooky lurking under the sand.

An hour of digging later, our astonished excavators uncovered something that would chill the blood of even the staunchest and most dead-inside marine biologist (I have my final exams coming up, don’t mind me): a net.

This huge net, at over twenty feet long, like any good supervillain or ghost, has a tragic backstory. According to the locals, it belonged to a herring trawler that fished out of Killybegs, until three years ago when it became snagged on rocks and was cut lose to prevent harm coming to the trawler and its crew.

“That’s not tragic!”, I hear you say, but just wait. Once the net was abandoned it became what’s known as a ghost net. Ghost nets float around the oceans, and despite being abandoned, they continue to do their job. Ghost nets entrap and kill thousands of ocean animals, from small fish right up to the like of sea turtles.

Eventually, the net becomes so heavy with dead bodies that it sinks into the depths, but the story doesn’t end there. Once other animals have eaten the bodies the net starts to float back to the surface, where the cycle continues over and over again until the net is removed or washes up onto a beach.

It is estimated that in the North Pacific alone there are 7000km of drift nets lost each year. Another report estimates that 640,000 metric tonnes of discarded fishing gear is lost each year. Those are terrifying figures.

Back in the day, old nets would have broken down, but as modern nets are made of tougher materials they hang around for years and contribute to microplastic pollution. They make up 10% of plastic waste in the ocean and can kill over 100,000 marine mammals a year. The number of birds, turtles and fish is too high to even contemplate.

Thankfully, this story at least has a happy ending. This ghost’s haunting is at an end, as we bundled it into a car and took it back to Dublin, where IADT took it in and will now use it for art projects. We kept part of it for ourselves, and it took on a new lease of life when it became part of our tent decorations for Relay for Life to raise money for the Irish Cancer Society. 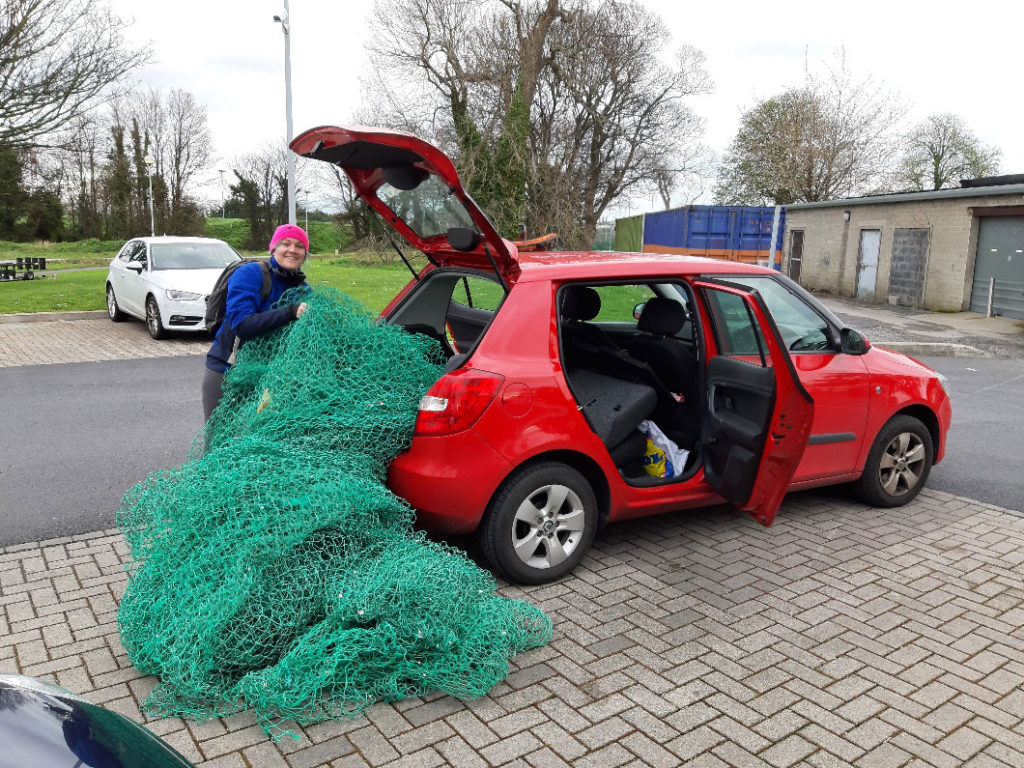 The reign of terror is at an end Credit Danielle Crowley

Hopefully, many other stories will have a similar ending, as researchers look into fitting such nets with transponders, so they can be found if they are lost at sea. 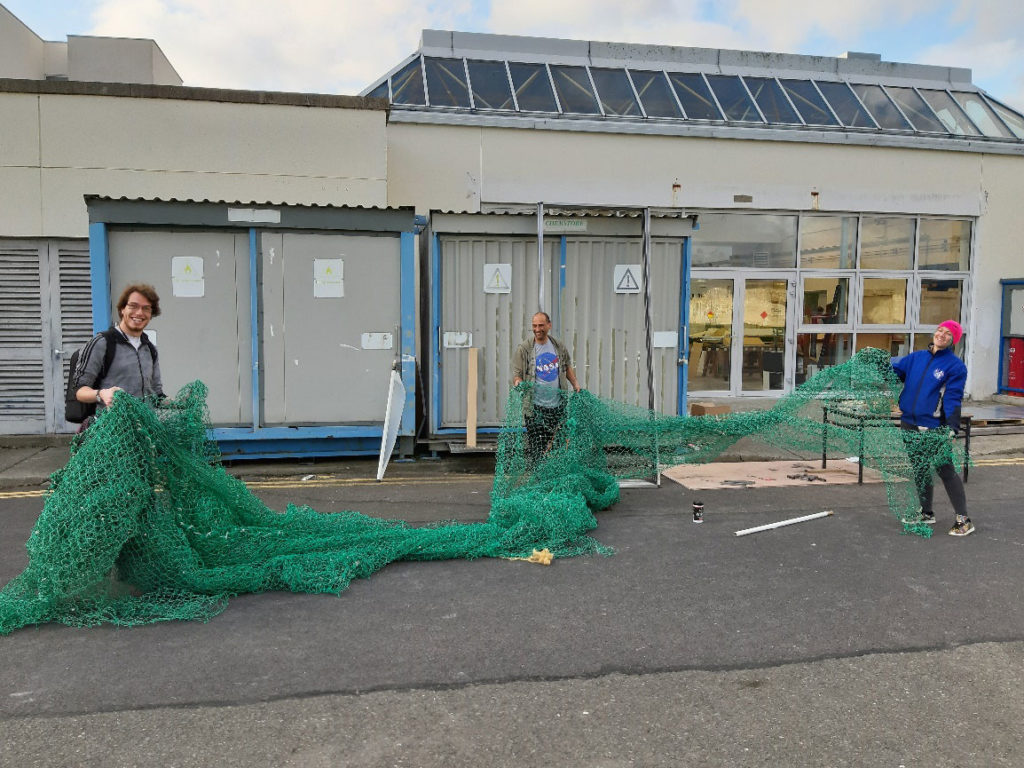 But until then such man-made ghosts will continue to terrorise the world’s oceans, unless they fall victim to Ghostbusters such as our fine team on that fateful weekend.

The scourge of pollution and climate change is a very real and terrifying spectre and one that unfortunately we’re all part of!.