Lough Ree RNLI volunteers diverted from their regular training exercise Thursday evening, to assist one person on board a boat with an engine fire followed by two people on board an inflatable dinghy. 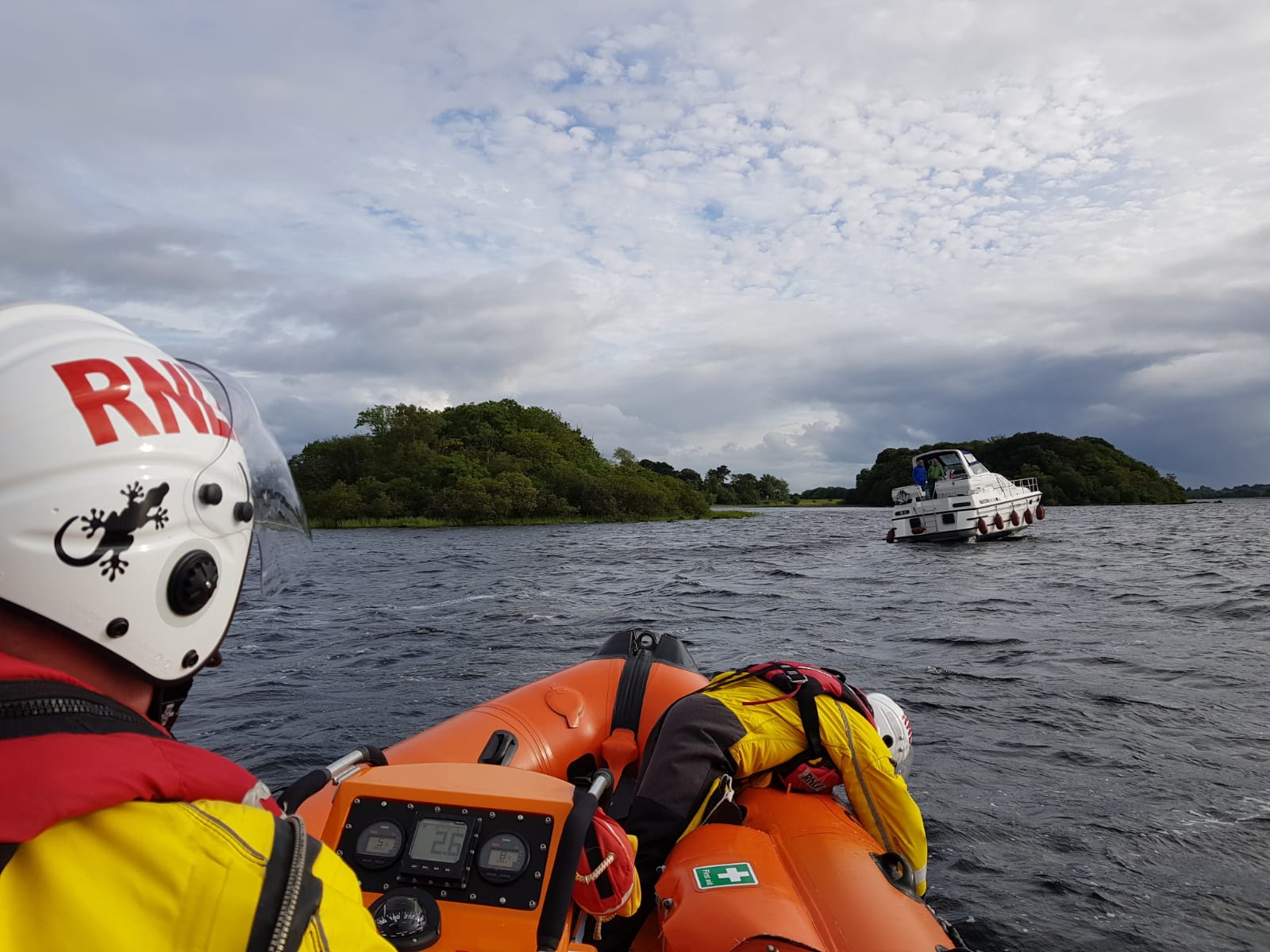 While carrying out their regular monthly training, on board the Inshore Lifeboat The Eric Rowse, Lough Ree RNLI volunteers were requested by the Irish Coast Guard to divert to assist one person on board a 32 foot motor cruiser who had reported having a fire on board. The casualty had made his own way to Lough Ree Yacht Club. When the lifeboat crew arrived on scene there was smoke coming from the engine bay. The boat was evacuated and a tow line prepared to tow the casualty vessel clear of the marina in case the fire got worse. Athlone Fire Service were soon on scene and the two crews worked together to assess the situation and identified an issue with the port engine. When satisfied there was no further risk of fire, Athlone Fire Service departed and the casualty vessel returned to their home marina using their starboard engine. 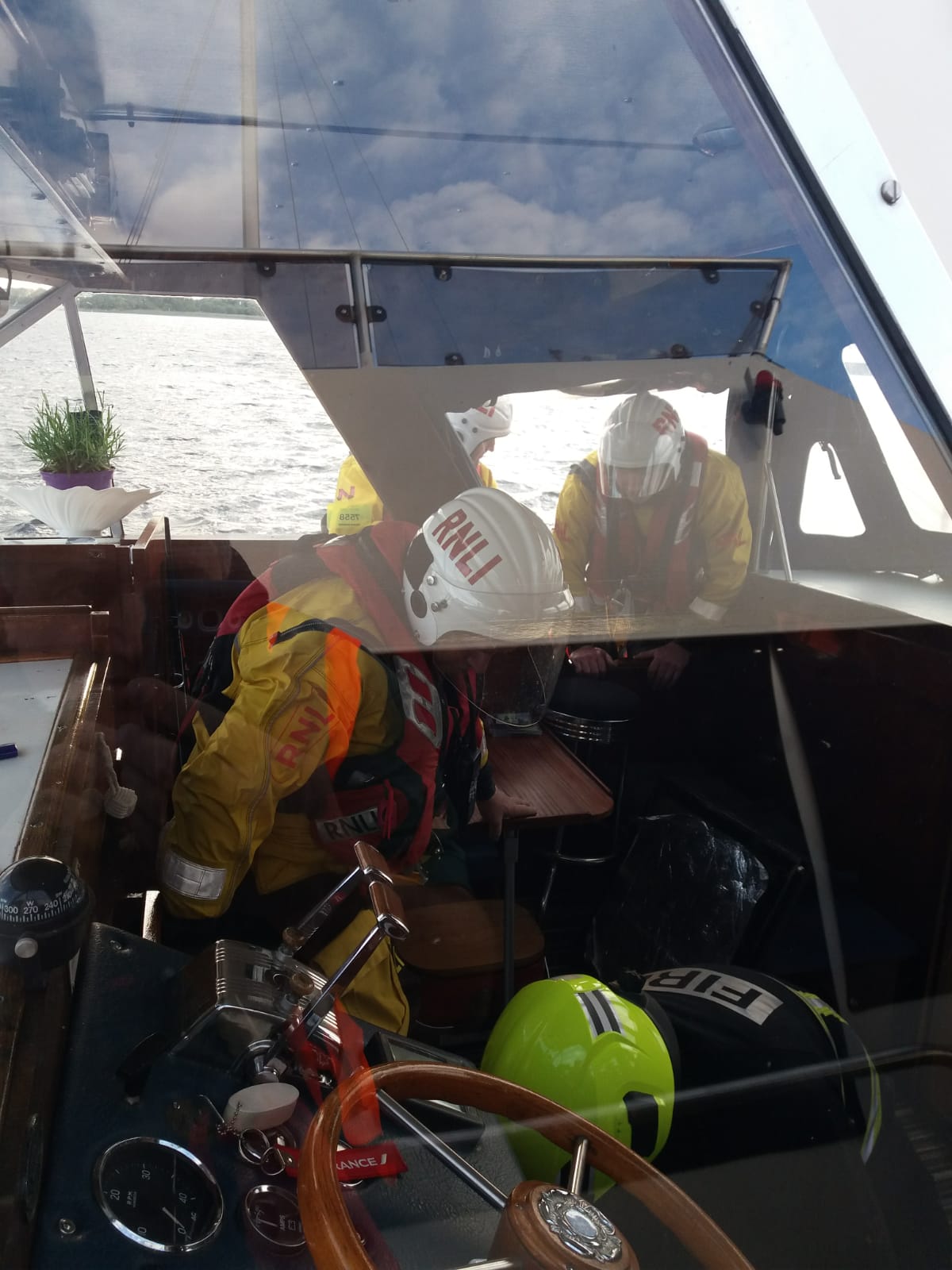 While escorting the casualty home reports came in of two people in difficulty on board an inflatable dinghy near Yellow Island, just north of Lough Ree Yacht Club. The two people were unharmed, but weren’t going to be able to make it ashore themselves. The lifeboat crew brought them safely ashore to Barrymore and gave them safety advice.

Conditions for the evening were dry with good visibility and a variable westerly breeze.

Earlier this week the volunteer crew came to the assistance of four people whose boat had gone aground between Carberry and Kid Island to the south of Lough Ree. The four people were uninjured and were brought to Coosan Point.

Speaking yesterday evening Lough Ree RNLI volunteer Helm, Tom Bradbury said: ‘We would like to commend the gentleman whose engine started to smoke on his quick actions in requesting assistance.

We would like to remind people that it is important to always wear your life jacket when using the lake and to let someone know where you’re going and when you expect to reach your destination.’