At 9.28pm last night, Thursday August 13th, Valentia Coast Guard requested Lough Derg RNLI to go to the assistance of eight adults on a 45ft cruiser aground by Ryan’s Point, inside the Mountaineer Buoy at Barrack Bay. 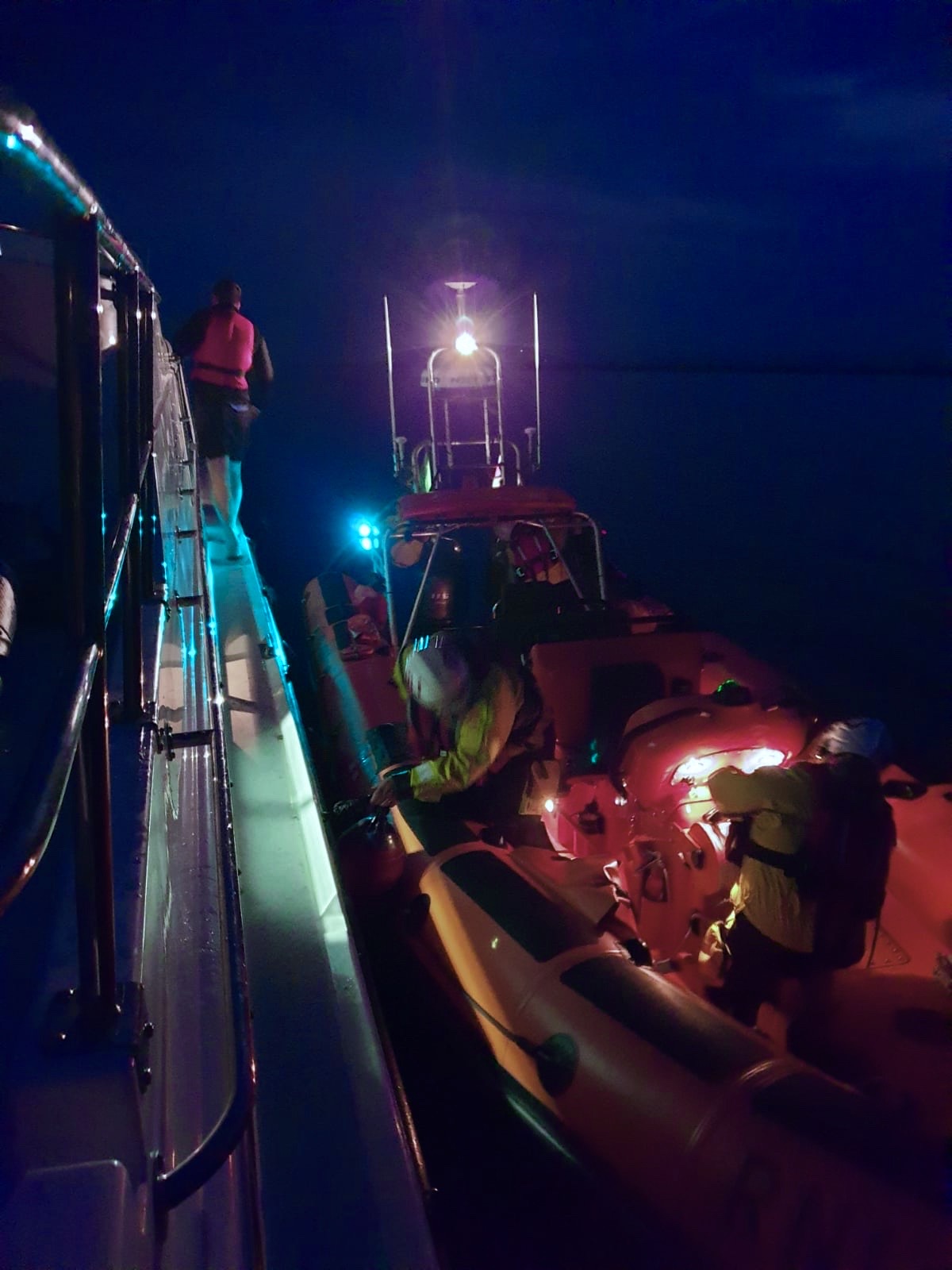 At 9.42pm the RNLI lifeboat Jean Spier launched with helm Eleanor Hooker, and crew members Owen Cavanagh, Keith Brennan and Doireann Kennedy on board. The wind was northeasterly, Force 2. It was nightfall with poor visibility; the RNLI volunteers used on-board electronic naviagation, RADAR, search lights and local knowledge to steer their course to the casualty.
Once the lifeboat rounded the Mountaineer Buoy, crew took soundings of the depths in a cautious approach to the casualty vessel. The lifeboat was alongside at 9.55pm and found all eight people to be safe and unharmed and wearing their lifejackets.

An RNLI volunteer transferred to the cruiser. Once he was satisfied that the vessel was not holed, he set up for a tow. The lifeboat attempted to take the casualty vessel astern, back off the rocky shelf, however it was stuck fast on the rocks.

Valentia Coast Guard arranged for the casualty vessel to be attended to first thing the following morning.

At 11.04pm the lifeboat delivered the eight people into to the care of their friends at Garrykennedy Harbour.

The lifeboat departed the scene and was back at Station at 11.30pm