Seafest maritime festival just took place in Galway (June 30th – July 3rd) and not only did it attract record crowds – upwards of 60,000 – there was also an interesting range of ships visiting in the harbour.

The INFOMAR survey vessel RV Keary was there and we managed to get onboard and have a look around. 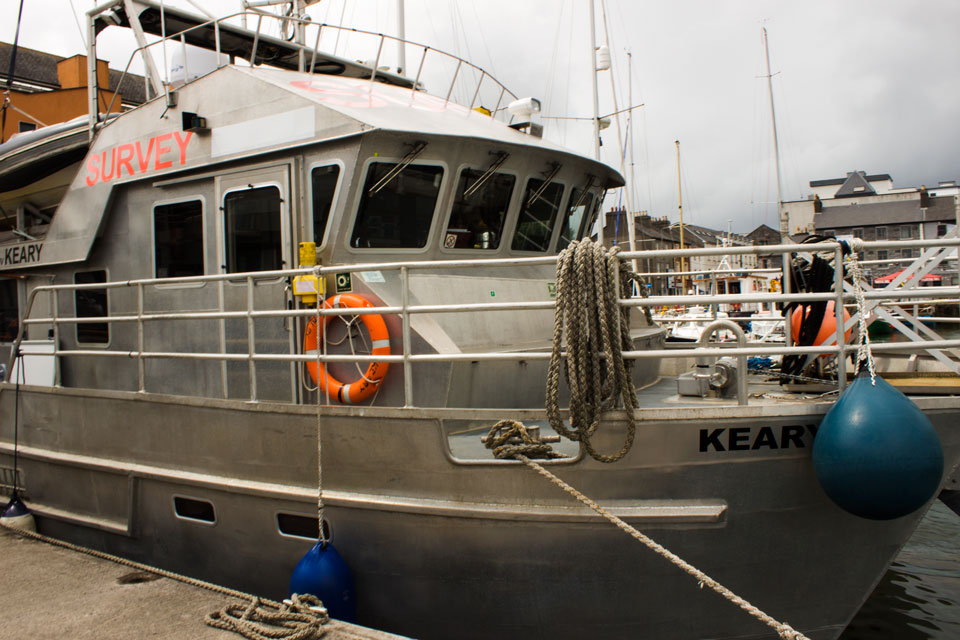 The RV Keary is the small inshore survey vessel of INFOMAR ( Integrated mapping for the sustainable development of Ireland’s marine resource). 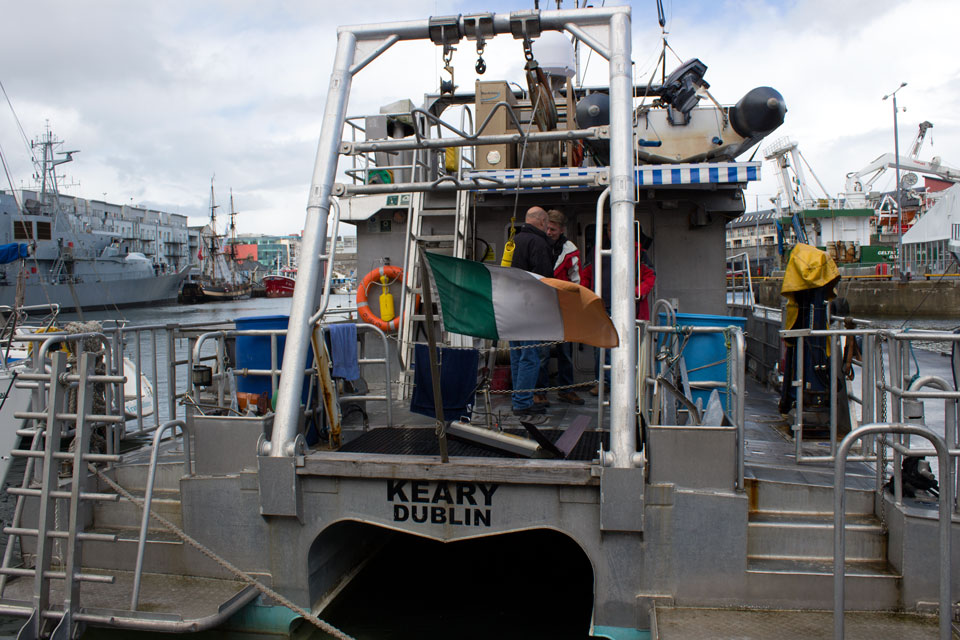 The INFOMAR programme is a joint venture between the Geological Survey of Ireland and the Marine Institute. The goal of INFOMAR is to map all of Ireland’s underwater territory, which is some task given it’s an area 10 times that of the land. 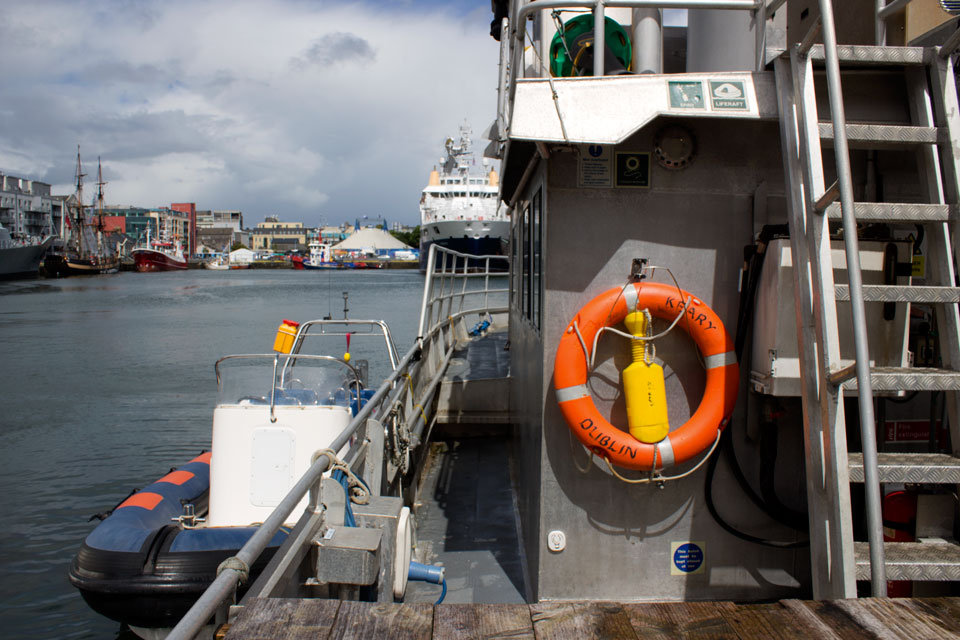 The Keary is a purpose-built catamaran equipped with state of the art surveying instruments and is used to survey shallow waters around the coast. The vessel was named after the late Ray Keary of the Geological Survey of Ireland who helped pioneer the National Seabed Survey, which preceded the INFOMAR programme. 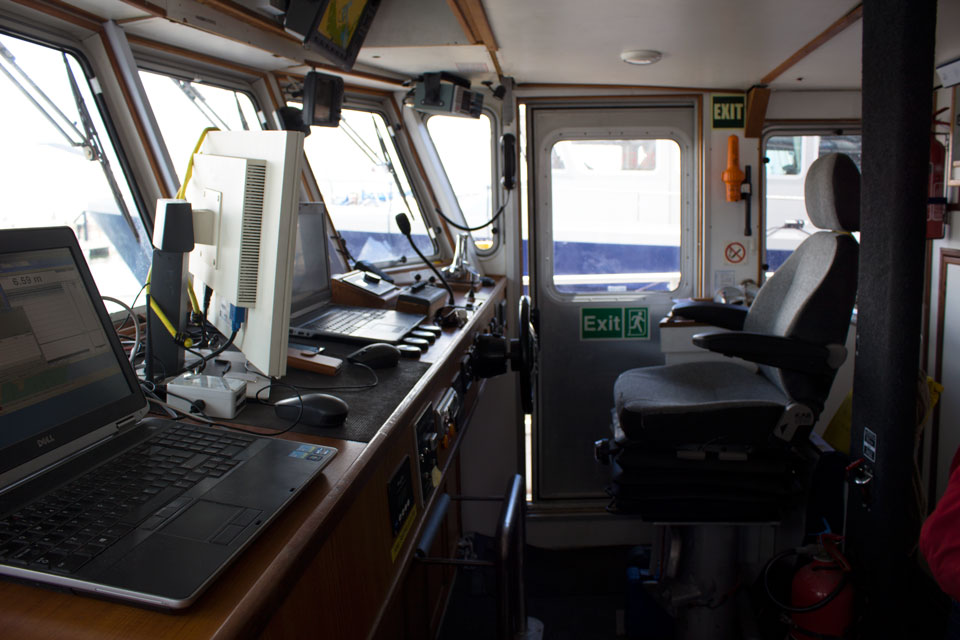 The equipment onboard includes a multibeam echo sounder for imaging the seabed, GPS navigation, side can sonar, seabed profiler and automatic identification system. 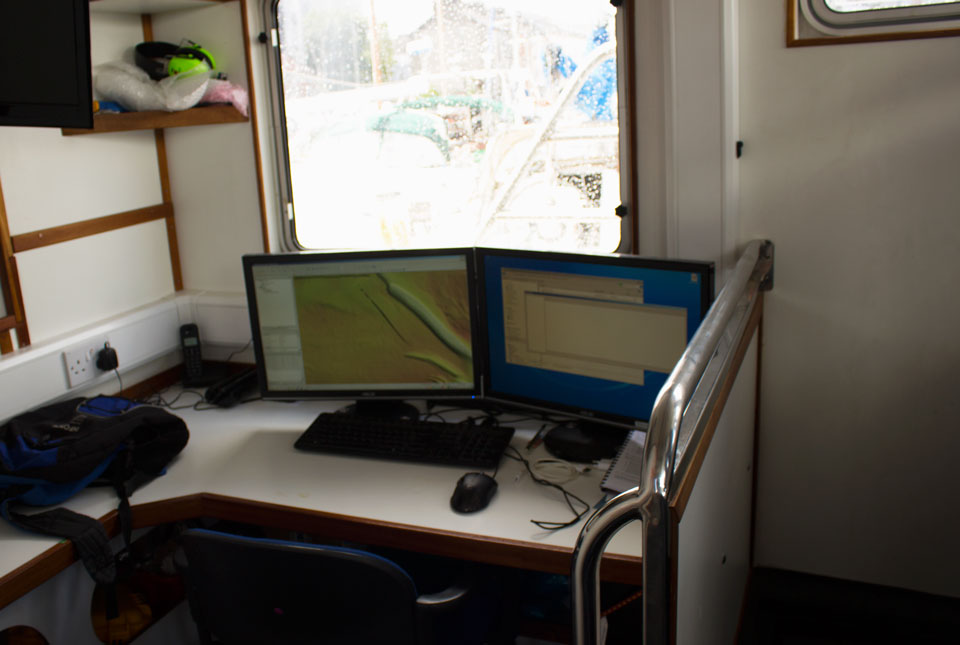 As the equipment maps the seabed, a live visual display forms.  The mapping is so extensive that as an area is completed, enough information has been collected to form 3D models of underwater structures like shipwrecks and sand dunes. 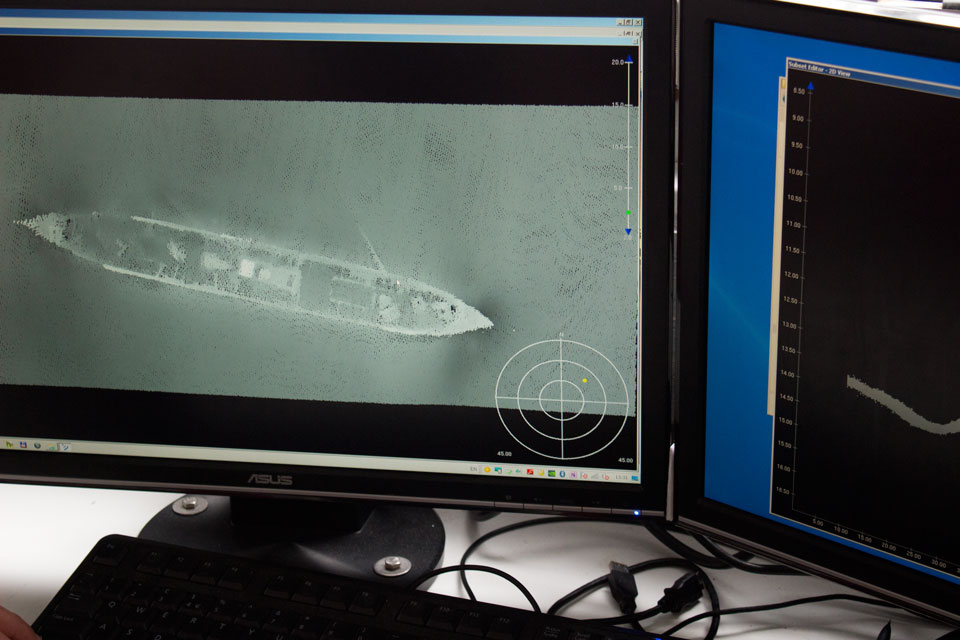 The INFOMAR survey has discovered more that 70 previously unknown shipwrecks. 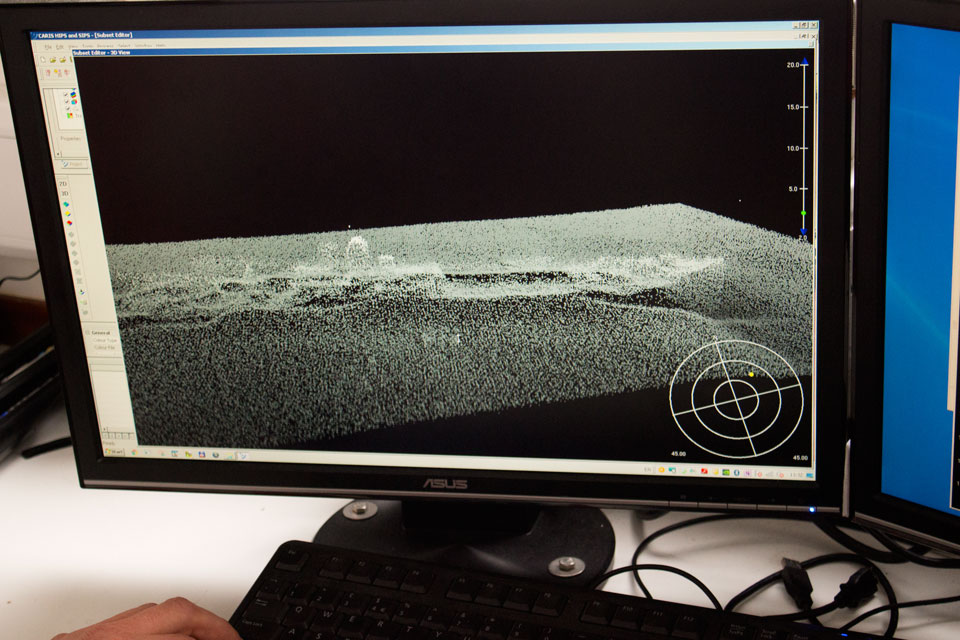 The RV Keary has already played an important role in the mapping of 3 priority coastal areas and is set to continue its good word as the next phase of the INFOMAR programs seeks to complete the mapping off all remaining surveyed Irish coastal and shelf areas.

Thanks to the guys onboard for giving us a tour, keep up the good work!