The official naming and commissioning ceremony of the latest Irish Naval vessel LÉ George Bernard Shaw took place in Waterford this afternoon. A fine crowd in poor weather assembled and were addressed by Taoiseach Leo Varadkar.

In the (not so!) sunny South East today for the naming & commissioning of the LE George Bernard Shaw. We owe a huge debt of gratitude to the Irish Naval Service for their work, including their humanitarian efforts in the Mediterranean Sea, which have saved 1000s of lives. pic.twitter.com/JUvttbHh2m

The new ship has been actively taking part in maritime defence and security operations since last October prior to her formal commissioning.

Delighted to be in Waterford , in the company of @LeoVaradkar for the commissioning of LE George Bernard Shaw. Despite the terrible weather, a huge crowd is in attendance , including many local school children , for this special occasion. pic.twitter.com/NxSomJDgzw

The ship is the fourth Offshore Patrol Vessel (OPV) in the naval fleet and the name follows in the same vein as the other ships in this class named for Ireland’s literary giants; LÉ Samuel Beckett was delivered in April 2014, the LÉ James Joyce followed in 2015 and the LÉ William Butler Yeats in 2016. 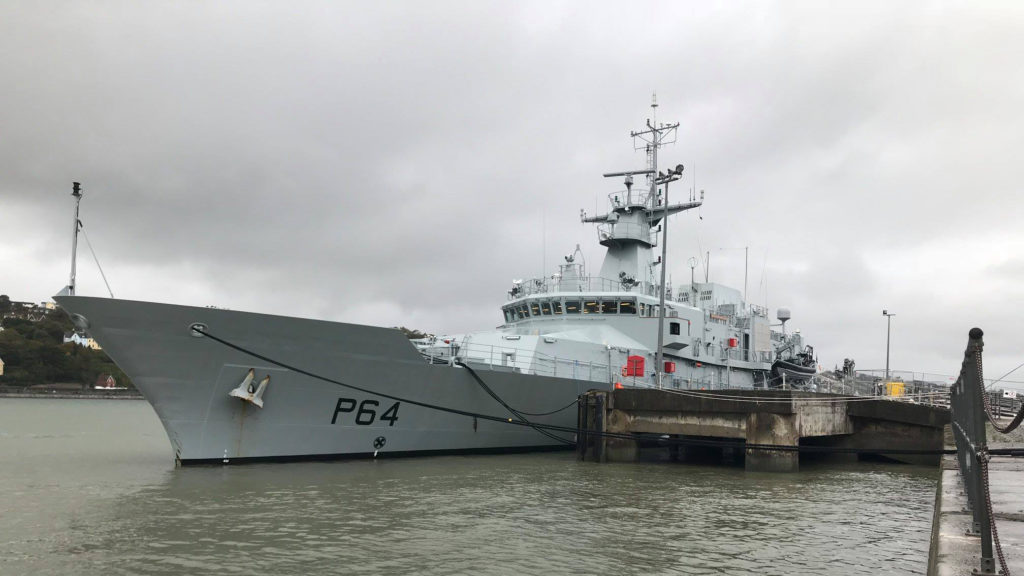