The decommissioned Irish Naval Service ship, formerly L.É. Aisling (P23), is going up for auction next month in Cork. 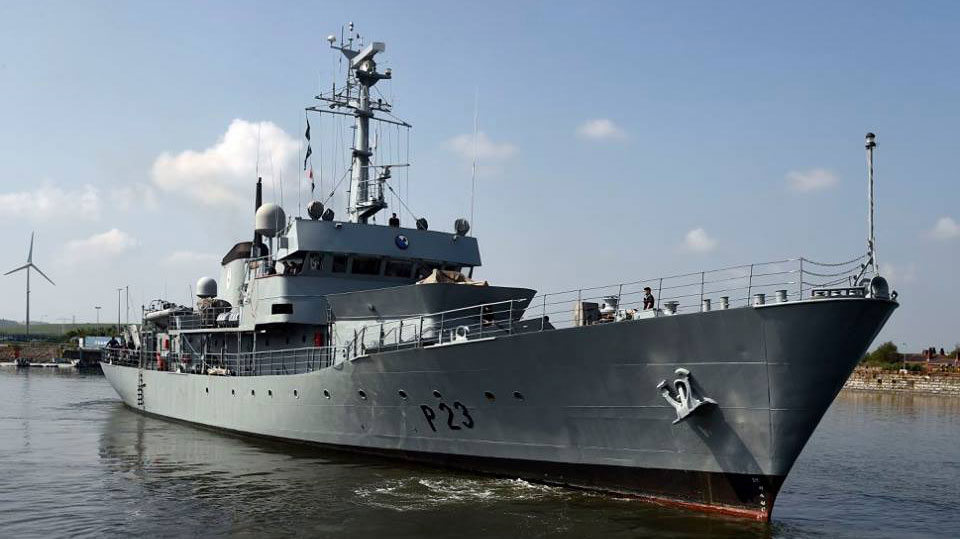 Long-serving LÉ Aisling Up for auction in March

After an eventful 36 years of service the L.É. Aisling was decommissioned in Galway last July. She will be going under the hammer next month at Dominic J Daly & Co. Auctioneers in Cork.

She was the last of an original set of 3 ships built in the 1970’s that have now been replaced by 3 new James Joyce class OPV’s.

L.É. Aisling had many notable events in her career including having the Naval Service’s first female commanding officer – Lieutenant Commander Roberta O’Brien – who was also the first woman to be commissioned in the Naval Service.


Famously, L.É. Aisling was involved in the arrest of the Marita Ann off the southwest coast in 1984. The incident involved the seizure of large cargo of arms destined for the IRA. The weapons had come from the US, ferried across the Atlantic in notorious gangster Whitey Bulger’s fishing trawler, the Valhalla

There were hopes that the naval ship would be turned into a floating museum at Galway Docks. While these were ‘under consideration’ we’ll have to wait and see what happens as the ship goes up for auction next month.