A new all-weather RNLI lifeboat, which will be permanently based at Clifden in Connemara, will proudly carry the names of up to 10,000 people, placed on it by their loved ones. 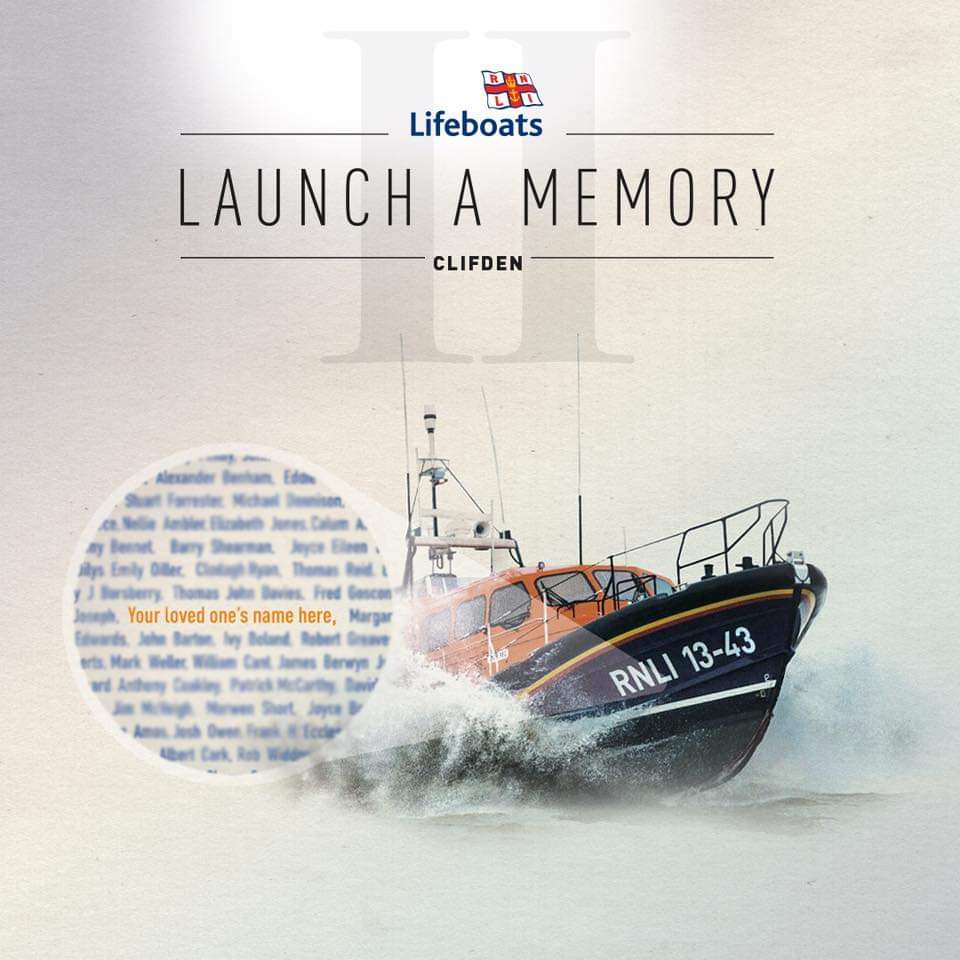 The Shannon class all-weather lifeboat, which will be built in the RNLI’s All-Weather Lifeboat centre, is the second such lifeboat to be part of the charity’s ‘Launch a Memory’ fundraising campaign and the first to be based in Ireland.

Through the ‘Launch a Memory’ campaign, members of the public and supporters of the charity will be able to commemorate a loved one by making a donation online and submitting that person’s name. The name of each person being remembered will be featured within the lifeboat’s letters (RNLI) and numbers, or decal, displayed on the vessel’s hull in lettering 3-4mm in height. The first Launch a Memory lifeboat is due to go on service in Invergordon, Scotland. 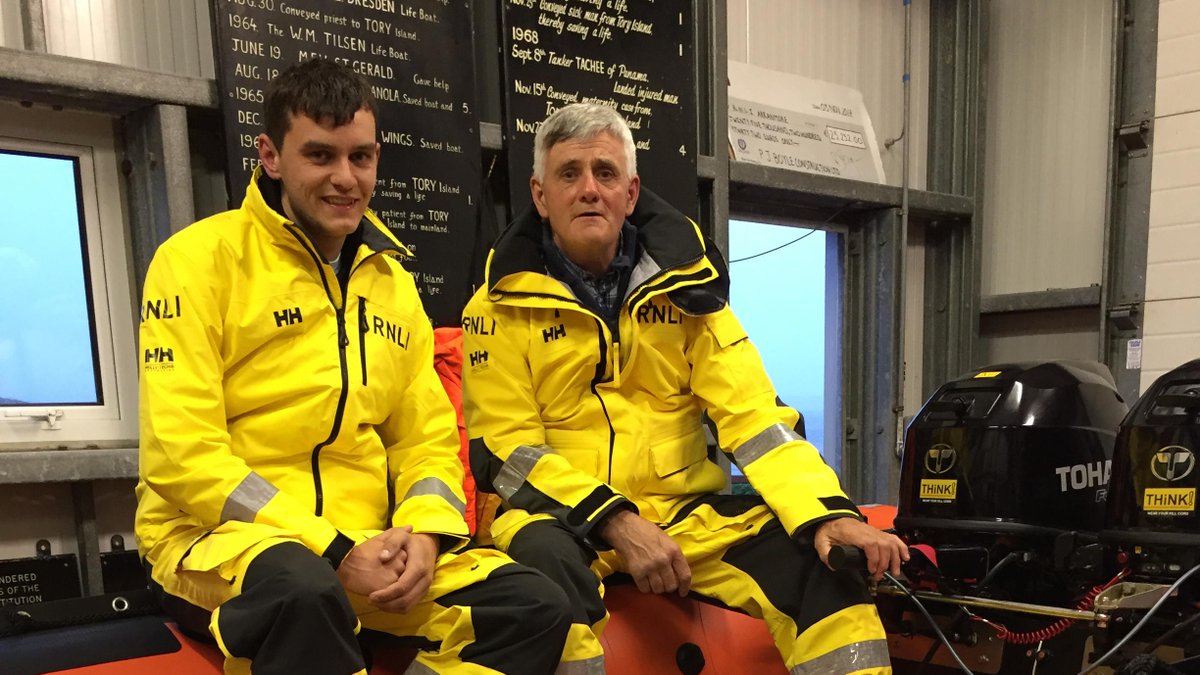 Lee and Jimmy in lifeboat station in kit (Credit RNLI)

The honour of the first name on the new lifeboat will go to a young lifeboat volunteer, Lee Early (26), from Donegal, who tragically lost his life last year when he was involved in an accident on Arranmore Island. Lee was the Deputy Coxswain at Arranmore RNLI and a Skipper of the local ferry, who loved the sea and the charity that saved lives at sea. In a tribute to him, that charity will put his name as the first one on the new lifeboat, contained in the letters RNLI, alongside others whose loved ones want to commemorate them.

Lee’s father Jimmy Early, Arranmore RNLI lifeboat Coxswain said, ‘I am so proud that my son’s name will be on the Clifden lifeboat that will be stationed off the west coast of Ireland. We live on an island off a larger island and so the sea is in our blood. I am very proud to be a lifeboat Coxswain, and I was so proud of Lee when he followed in my footsteps. He is with us always. Every time we launch the lifeboat, we think of him, and this is a very meaningful way to commemorate him.’

‘I know his name will be joined by thousands of others whose loved ones want them remembered in such a special way. That lifeboat will launch many times in its lifetime and bring many people to safety. I couldn’t think of a better way for someone to be remembered.’ 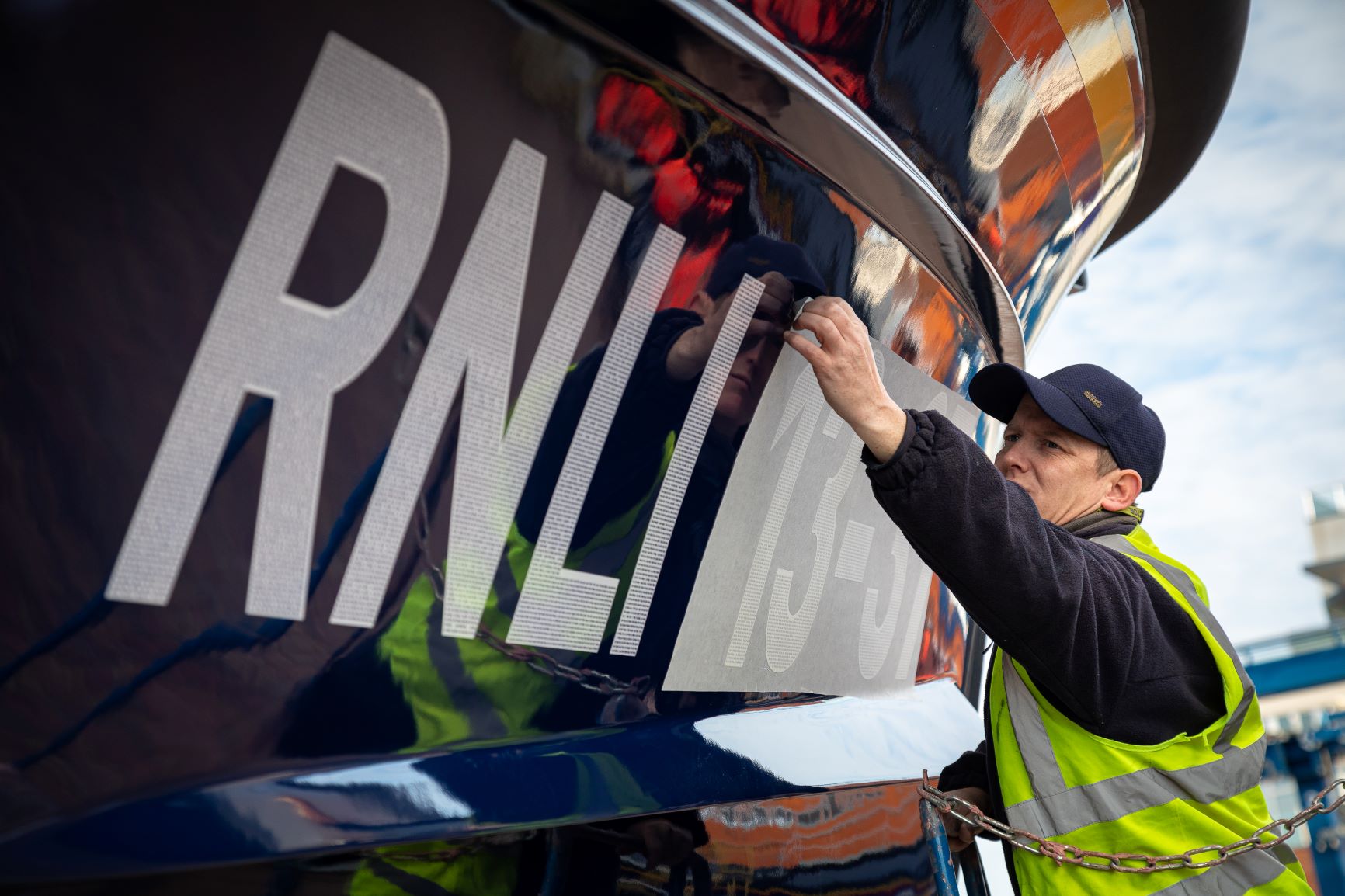 Daniel Curran, RNLI Engagement Lead, said: ‘We are so pleased to be able to bring ‘Launch A Memory’ to Ireland, with a lifeboat that will save lives off our coast for generations. Everyone who supports the campaign will receive email updates about the lifeboat, keeping them informed of all major developments on its journey to going on service and saving lives at sea in Clifden.’

‘RNLI lifeboat crews are busier than ever. The ‘Launch a Memory’ campaign, while a fundraiser for the charity, is also a way for us to say thank you to those people who support the lifeboat service and our volunteer lifeboat crew.’

There are three ways people can get the name of a loved one on the Launch a Memory lifeboat. Donations can be made online at rnli.org/launchamemory by phone on 01-895 1800 (Monday to Friday 8am to 6pm) or alternatively by post to RNLI, Airside, Swords, County Dublin K67 WA24. There is a suggested donation of €30 with space to commemorate up to 10,000 names on the lifeboat.