Patsy Dan Rodgers – the last king of Ireland – has led a protest to Leinster house. Over 100 Tory Islanders, about two thirds of the islands population, made the trip to Dublin to protest the replacement of the existing ferry with the 42 year old MV Queen of Aran.

With his majesty the King of #ToryIsland Patsy Dan. pic.twitter.com/pw3aMpODmq

The rousing protest involved a trad session and energetic protesters chanting “We’re going to need a bigger boat” at the gates of Leinster House.

The aging Queen of Aran is to come into service on 1st April but its argued by the protesters that it will be too slow and unsuited to the rough and unpredictable seas of the Atlantic. 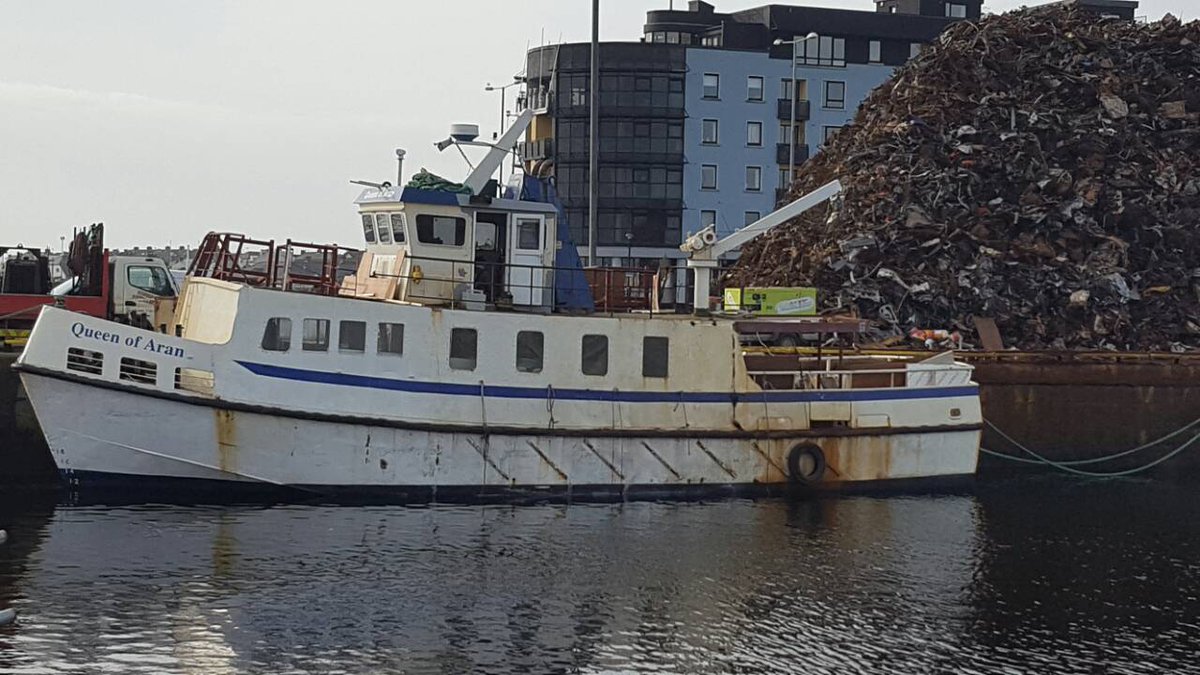 Tory island located 15 km off the Donegal coast is one of the remotest parts of the country. The ferry service to the mainland is vital to life on Tory.

Addressing the crowd in Irish Rodgers said  “We are not getting the proper service for Aran. Hopefully, we will leave today with better news. We are entitled to better rights and a better ferry.”

Supporting the Community of #ToryIsland and beyond to secure a safe, secure and efficient ferry service to support their right to live on their Home 🏠 🏝 pic.twitter.com/4qaqabwggr

There are increasing fears that without an adequate ferry service many residents will be forced to leave the island and its long-established and rich heritage behind.