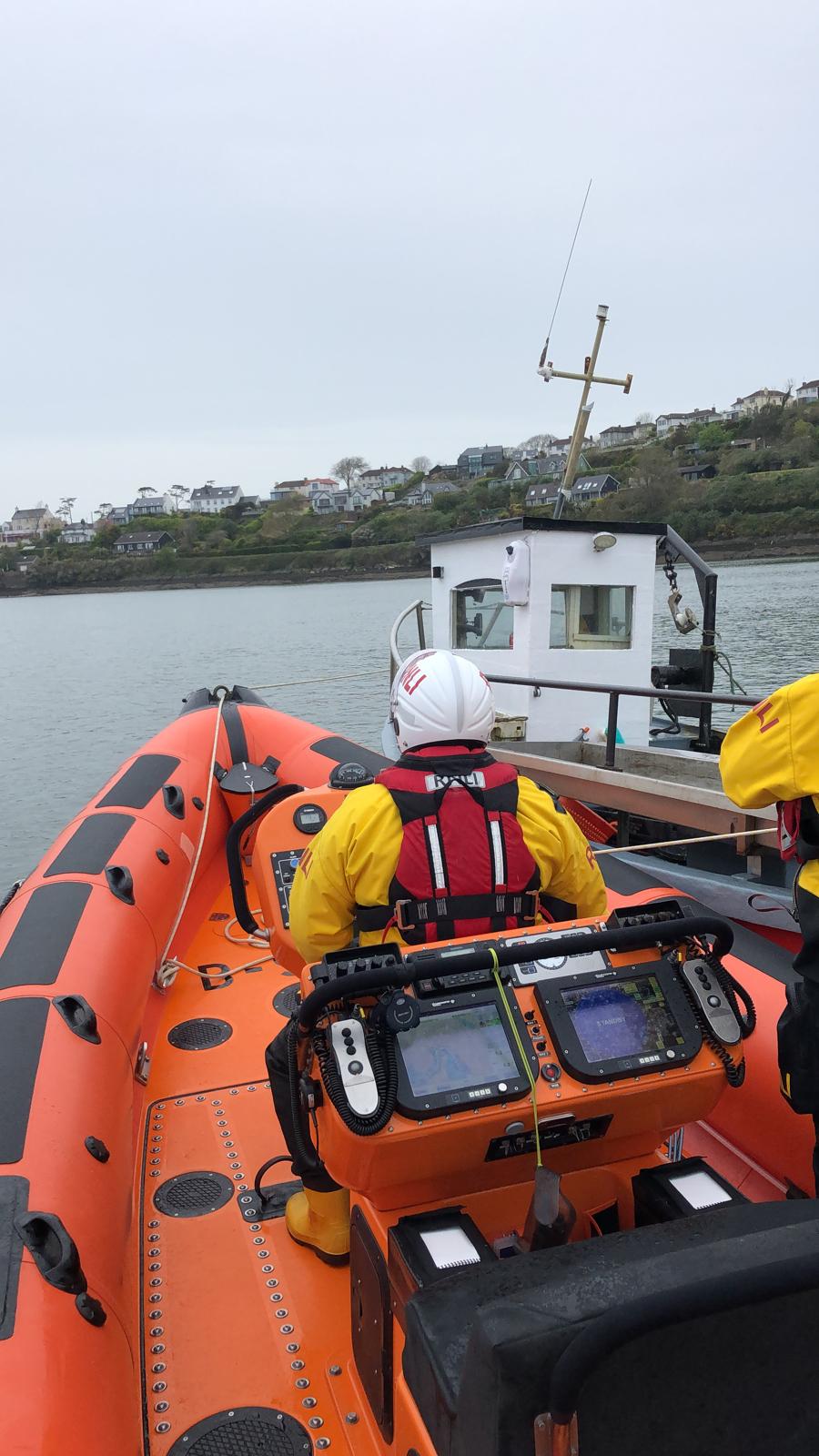 The 23ft vessel, Ruby O, suffered engine failure in rough seas and was in danger of being swept onto the rocks. Skipper Michael O’Donovan was the only person on board.

Assessing the scene, Kinsale RNLI lifeboat helm Jonathan Connor decided the large amount of floating rope from the Ruby O’s fishing gear presented a danger both to the fishing boat and the lifeboat, so the vessel was towed to safe water for further inspection. This showed her to be structurally sound and seaworthy, enabling the skipper to remain on board as she was taken under town to Kinsale’s main harbour.

Mr. O’Donovan, who was greeted by relieved members of the fishing fraternity upon his safe return, said the RNLI lifeboat arrived in the nick of time: ‘Another fifteen minutes and the boat, and my livelihood, was gone. I was wearing a lifejacket, but I was right under the cliff edge in a big swell, so I wouldn’t have been able to climb out of there. I was very glad to see the boys come out of harbour.’

Kinsale RNLI lifeboat helm Jonathan Connor said: ‘The RNLI remains on call throughout the COVID-19 pandemic, with volunteers only attending the lifeboat station if operationally necessary for a lifeboat launch. There are fewer people on the water than usual, with fishermen essential workers and we are here and on call 24/7. We are asking the public to stay home, stay safe and stay ashore while the Government advised restrictions are in place. If the public gets into difficulty o the water or spots someone else in difficulty they should call 112 or 999 immediately and ask for the Coast Guard.’