The story of the Asgard is rightly remembered as a significant event in the story of the 1916 Rising. But another shipment of guns from the same source landed a week later on the shores of Kilcoole, and it’s tale is far less well known, consistent with the smugglers original intention. 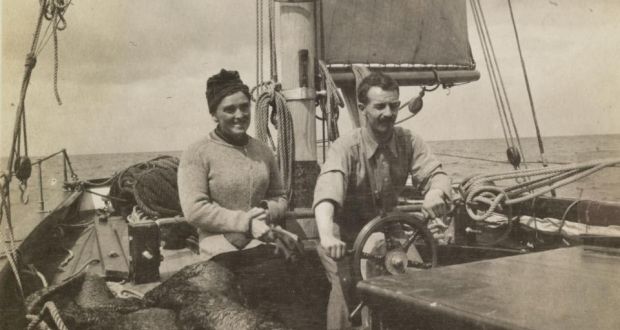 Conor O’Brien, Kelpie Captain on board with his sister, Margaret. Photo: TCD

The plan to smuggle in arms was prompted in retaliation for the gun running by the Ulster Volunteers in Larne earlier that year. There was now an imbalance of strength between the Irish rebels and the opposition which they sought to be right.

On the 3rd of July 1914, the Asgard, captained by Erskine Childers, and the Kelpie, captained by Conor O’ Brien, both travelled to the North sea to meet the German tugboat Gladiator. The cargo of rifles and bullets were split between the two boats with 600 mauser rifles and 20,000 rounds going on to the Kelpie and the rest on the Asgard.

On the 26th of July 1914 the Asgard landed in Howth and were met by a jubilant crowd of 800 members of the Irish Volunteers. This gun landing had a dual purpose, also acting as a public demonstration in response to the Unionists gun landing at Larne. 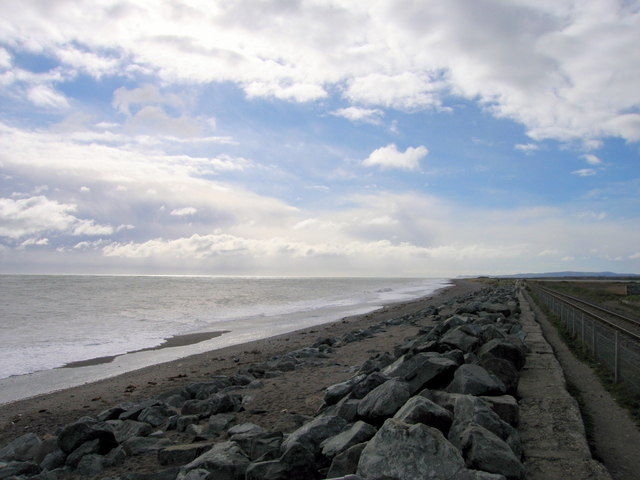 The beach at Kilcoole. Photo: Geograph

The Kilcoole gun landing operation, however, was kept quiet. After the Kelpie split ways with the Asgard it was met by the Chotah, a yacht owned by Sir Thomas Myles, the president of the Royal College of Surgeons, off the Llyn Peninsula in Wales and offloaded her armament. The Chotah held on to the cargo while the Kelpie sailed across the Irish Sea acting as a decoy for the Asgard.

The Chotah continued the journey and a week later under the cover of darkness the guns were offloaded to the beach where they were met by a small number of volunteers and their supporters who hurried away with the guns in the night to be stashed and stored away.