It’s Science Week – A national celebration of all things science, technology, maths and engineering. Over the years Ireland has produced some extraordinary scientists and scientific achievements that have changed the world and many of these great strides have come in the areas of maritime technologies and marine science.

In recognition of this important week, we’re taking a look at some of Ireland’s most influential and inspiring marine scientists and inventors. Today, we’re celebrating county Clare’s John Philip Holland, inventor of the modern submarine

When it comes to Irish maritime history, one of the first names that springs to mind is John Philip Holland, the inventor of the modern submarine. And if it doesn’t, it really should. For thousands of years the boat was the only show in town when it came to ocean travel. It took an Irishman, a century ago, to seize the opportunity under the waves. Now every navy and self-respecting billionaire worth their salt has one.

Holland wasn’t the first to try his hand at creating something that can move unseen under the waves. The first successful submarine dates back to the 1600’s with Cornelius Jacobszoon Drebbel’s design which was propelled by twelve oarsmen and travelled down the Thames River at a depth of about 15 feet. Many other attempts were made in creating a feasible design that could go undetected and could be used in underwater warfare. But Holland was the first to create a commercially successful one. 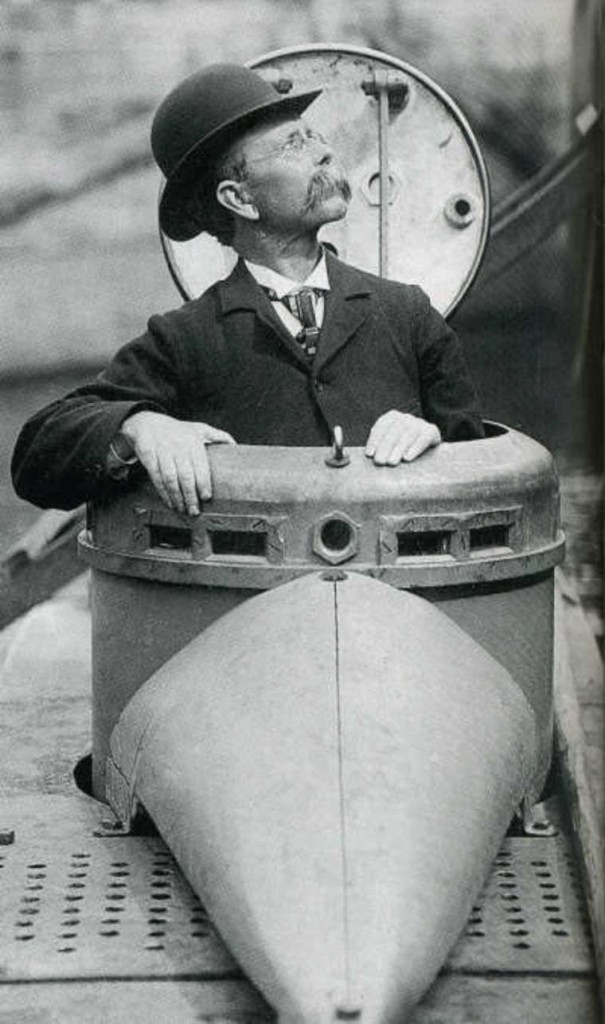 Holland hailed from Liscannor Co. Clare and as a child he was fascinated by all things maritime. But ill-health and poor eyesight prevented him from pursuing a career on the sea. Instead he turned his mind to solving the problems of underwater travel. For years he worked as a science teacher in Ireland but he was destined for bigger things. While reading an article about the ongoing Civil War in America, he read an account of a battle between two early Ironclad giants, the USS Monitor and the CSS Virginia. He realised that ironclads, ships covered with protective metal on their hulls, were the future and the best way to attack such vessels was from beneath the waves. 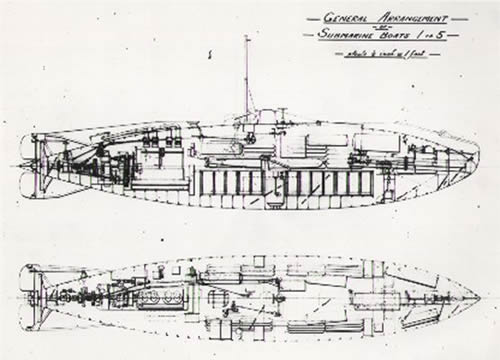 Creating a successful submarine was an enormous engineering challenge. So many different elements go into the design, dealing with pressure, air supply, diving ability but Holland was convinced of his plan, embraced the challenge and in 1872 he moved to the United States to engage full-time in the pursuit of the perfect submarine.

His first attempt, the Holland Boat 1, failed and sank on her maiden voyage. His next model the Fenian Ram was financed by the Fenian Brotherhood. The submarine was shaped like a cigar and measured 10m long, 2m high and 2 wide and cost $15,000. After a dispute with the Fenians he parted ways and began working on designs for the US Navy. 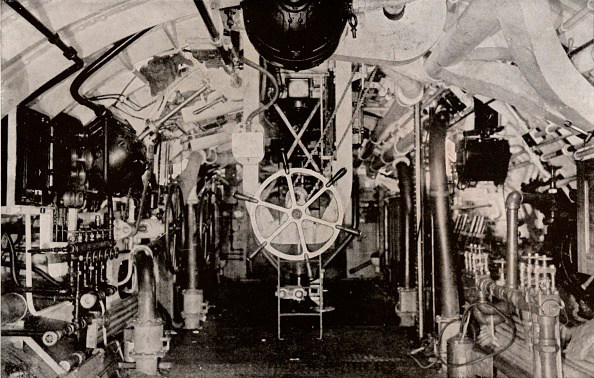 Engine room of a Holland Submarine

On April 11th 1900 the US bought the first submarine from Holland and it was used extensively by American and British Navies during WW1 and WW2.

John Philip Holland continued to work on his Submarine designs until his death on August 12th 1914 in Newark, New Jersey. He is buried in the Holy Sepulchre Cemetery in Totowa, New Jersey. He is also remembered today by a plaque erected in his home town of Liscannor.