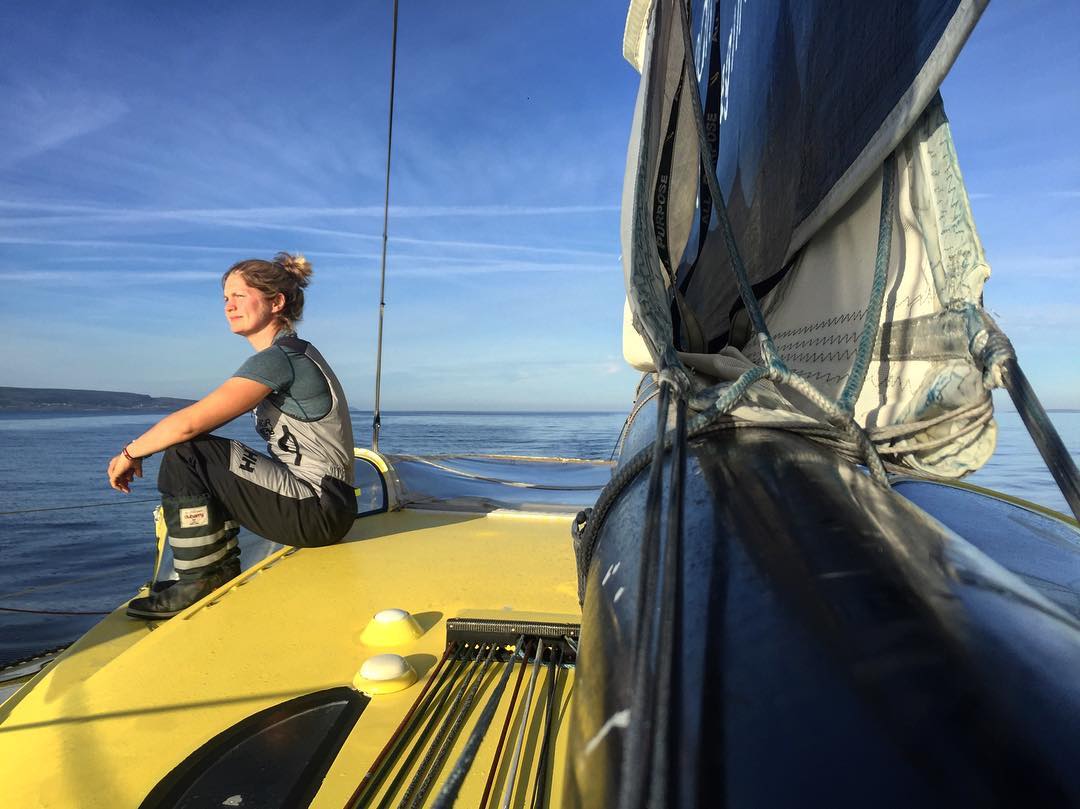 She departed Portimao, Portugal and headed out into the Atlantic in order to clock up the required 1,300 solo miles that now means if a sponsor is found, she can compete in the solo transatlantic race the Route du Rhum. This race would then qualify Joan for the Vendée Globe, the ultimate non-stop solo race in the incredibly powerful IMOCA 60 yacht.

On her arrival, Joan said:“This is an incredibly proud moment for me personally and the wider Team Ireland. Sailing along the Wild Atlantic Way and thinking about all the incredible Irish seafood producers we’re promoting with the Figaro campaign was just amazing. We’re in Galway this week for SeaFest, Ireland’s national maritime festival. We’ll have both the IMOCA 60 and Figaro here for the weekend so be sure to make your way to Galway.”

SeaFest showcases Ireland’s abundant maritime resources – raising awareness of the value and opportunities provided by the sea and also celebrates our proud maritime heritage. SeaFest 2018 will take place in Galway from 29th June to 1st July and incorporates a series of marine-related business and research events, the annual Our Ocean Wealth Summit, as well as a maritime festival.

Speaking about the latest achievement Joan added: “The qualification marks a huge milestone in our plans to compete in the Route du Rhum and ultimately the Vendée Globe. To be the first Irish female to get to the starting line of the Route du Rhum, and then the Vendée Globe would be amazing. I stand a good chance of being the first Irish female to sail alone, non-stop around the world. We can’t get too excited though, between now and the start of the Route du Rhum we must find a major sponsor who can benefit from the association with this amazing race. We know that the right company and backer is out there, we now just need to find them.”