It was only last week when an extremely unusual mass landing of jellyfish occurred on the Irish coast, and now something similar has happened on the other side of the world in New Zealand. It’s not known what is causing these incidents though speculation mounts that rising water temperature is a major factor.

Massive stretches of New Zealand coastline have been invaded by Lion’s Mane – the world’s largest jellyfish – on beaches from Nelson in the south island to Whangarei in the top of the north island.

In a similar incident last week, thousands of jellyfish were stranded on a beach in Co. Clare. Pelagia noctiluca, more commonly known as Mauve Stingers were washed up in their thousands on the beach of Fanore with little obvious indication as to the cause.

Mauve Stingers are usually small jellyfish up to around 10cm – 15cm  in diameter. Recognisable by their purple colour they can have a rather painful sting. 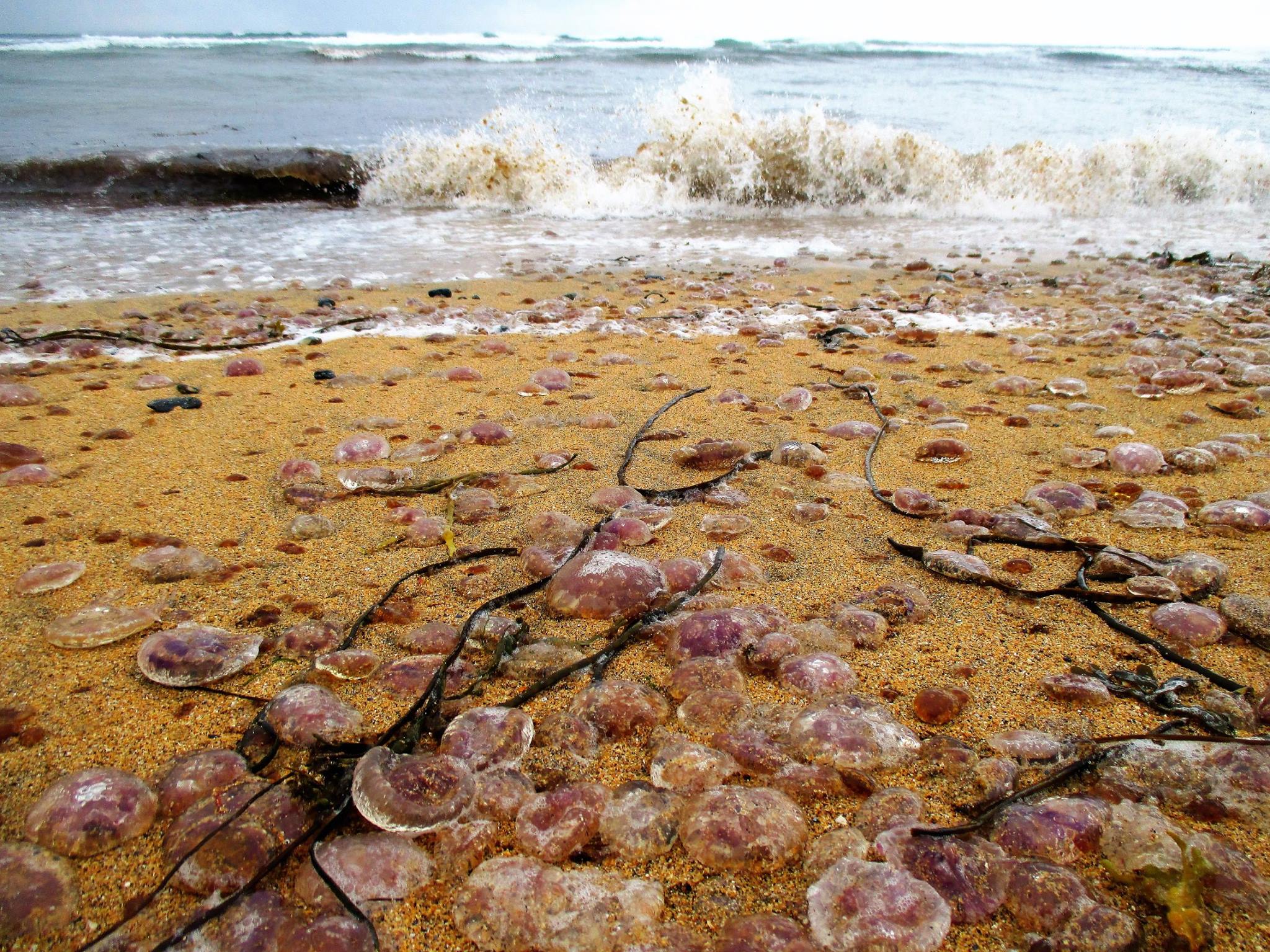 This year has been particularly bad in terms of large numbers of jellyfish visiting our shores. Earlier this summer many dangerous Lions Mane jellyfish were spotted all around the coast.

On the recent influx of the deadly Portuguese Man o’ War, Irish Water Safety issued a caution saying that the recent tropical maritime air and warmer seawater temperatures may have contributed to one of the largest infestations in over a hundred years.

These deadly creatures were spotted in their thousands all along the west coast with some more recent sighting down south east in along Wexford beaches.

Saw a single Portuguese man o war stranded on Curracloe beach #wexford this evening. They are amongst us!