It’s that time of the year when the warmer waters around our coast see a huge rise in jellyfish activity.

Moon, Barrel and Compass jellyfish are among the more common species that are have been spotted in large numbers. Some more newsworthy jellyfish, like the dangerous Lion’s mane, will be making their annual summer time appearances along the coast as well, and with them a mild hysteria typically follows.

Let’s take a look at these and other free-floating fellows, that for the most part mean you no harm, so you can know which ones are best to avoid.

If you do see any jellyfish why not become a citizen scientist and log your sightings with Explore Your Shore. It’s easy to do and helps scientists keep track of the wildlife around our coast. Check out Explore your Shore for more info. 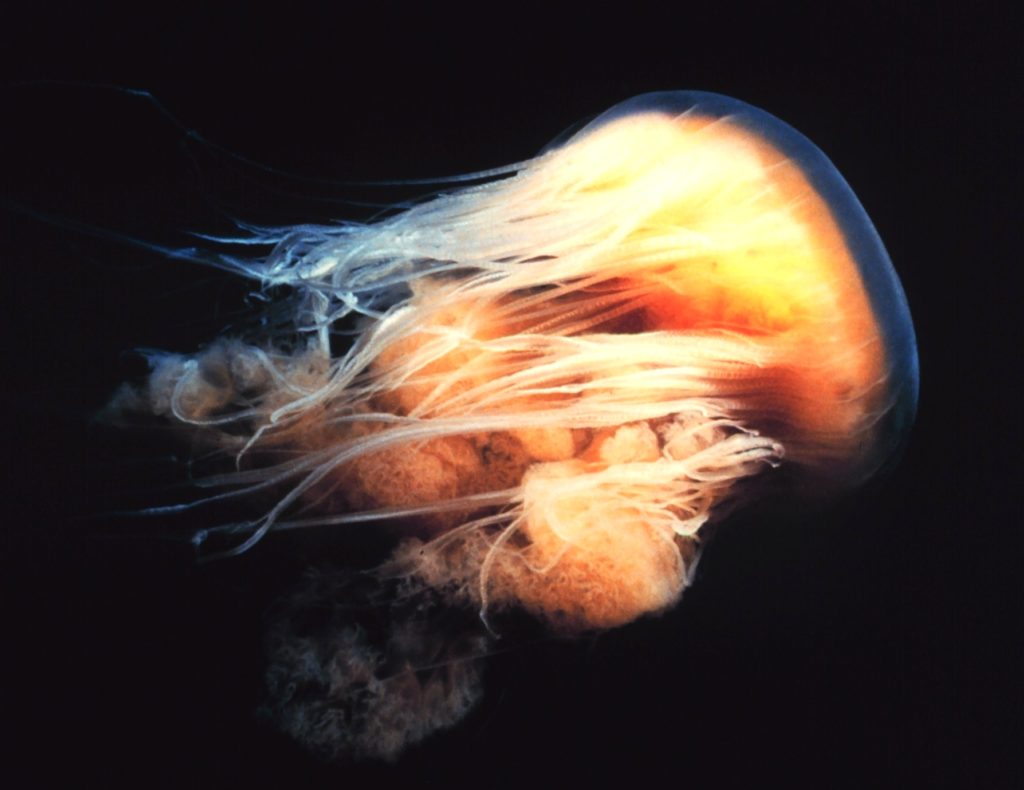 *The great thing about Jellyfish is lots of them are named by how they look. Let’s investigate.

For sure the highly venomous Lion’s Mane jellyfish – a species which in recent years has become more common in Irish waters – is a red flag for swimming. There have been lots of reported sightings of these along the east coast. They have a nasty sting and in some people can cause anaphylactic shock. 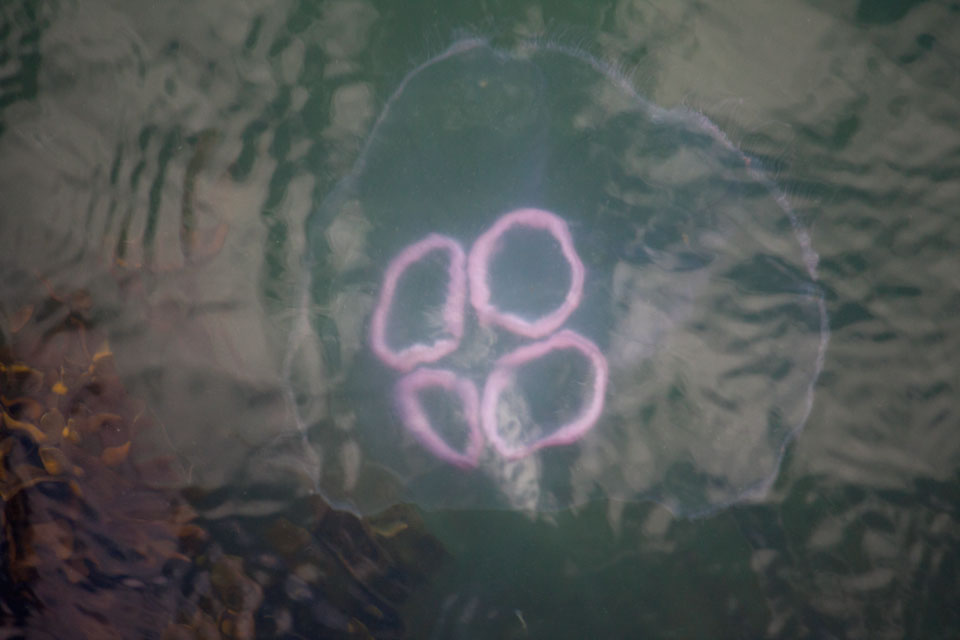 As their names suggest these are the most common type of jellyfish found in Irish waters and can usually be found from April to September.

Risk factor: Very mild sting, you can actually pick them up from their back without being stung 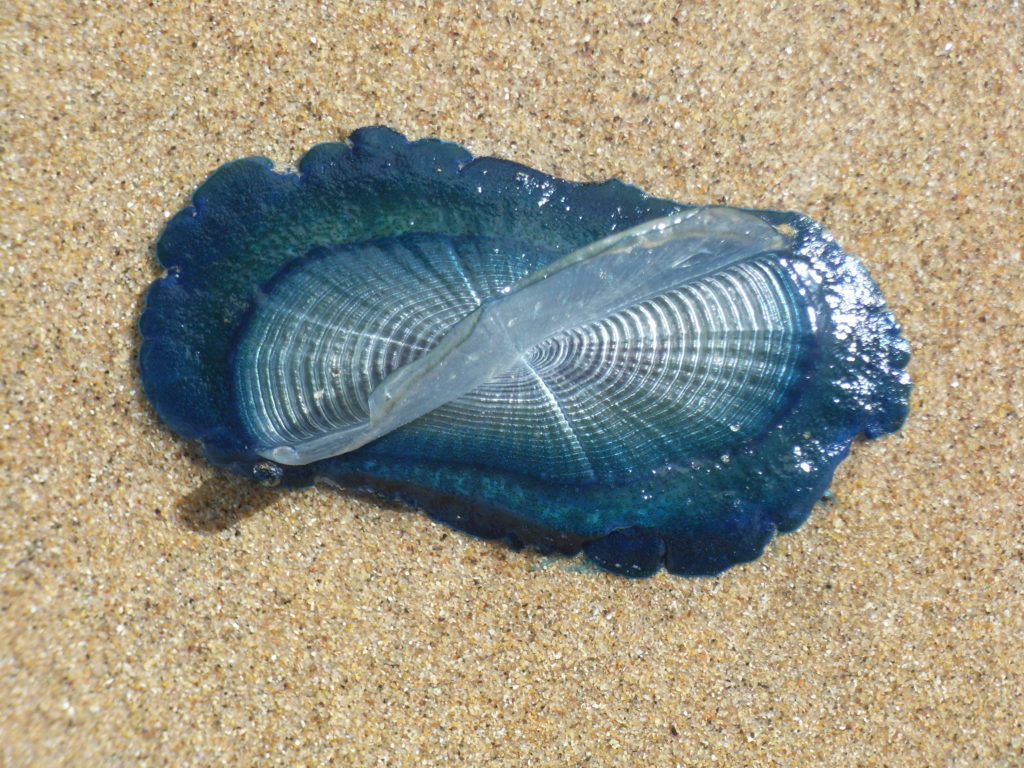 While not a true jellyfish they are a close relative. These beautiful creatures are blue in colour and shaped like an oval disk with a small sail. This ‘sail’ allows them to catch the wind and glides them across the surface of the water. They can arrive any time of year sometimes gathering in large numbers on beaches 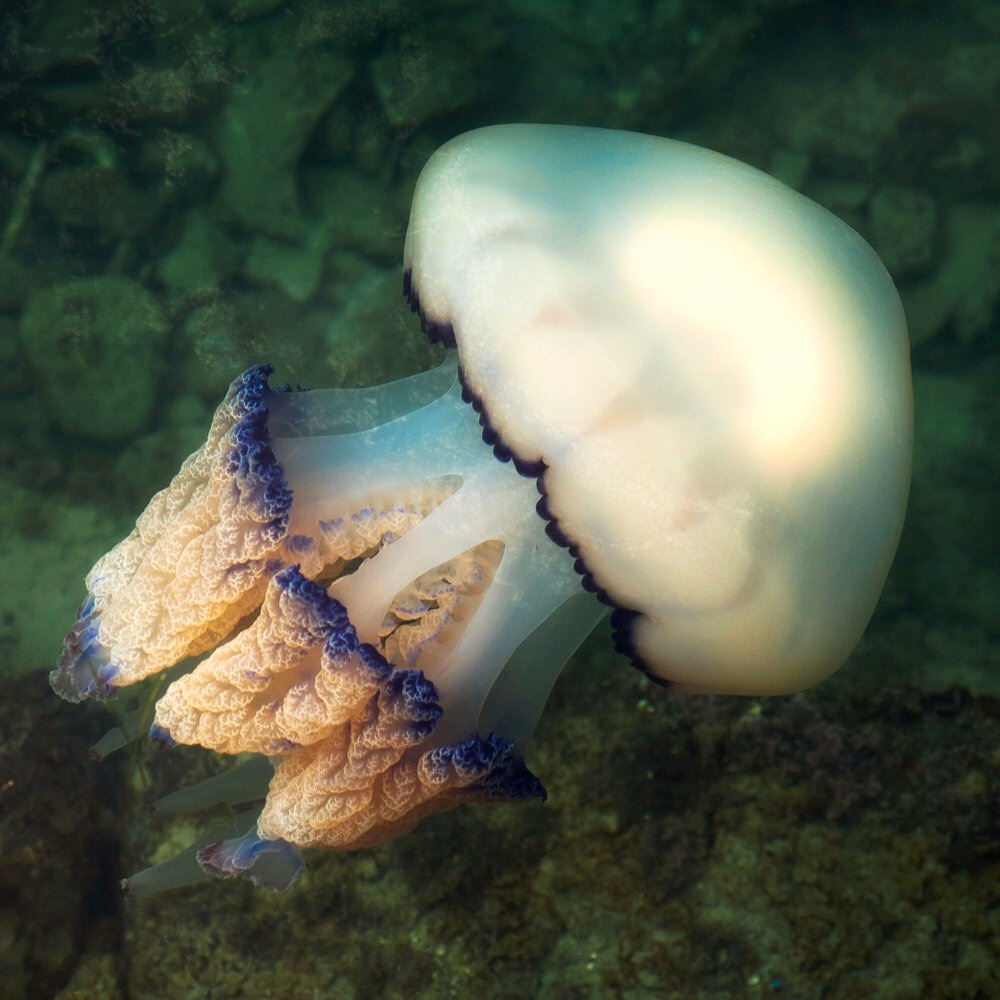 These jellyfish have a massive dome shape, is a ghost white colour with purple lobes around the edge.

Barrel shaped, though Cauliflower Brocolli Jellyfish would have been a better name.

Risk factor: Can cause allergic reaction 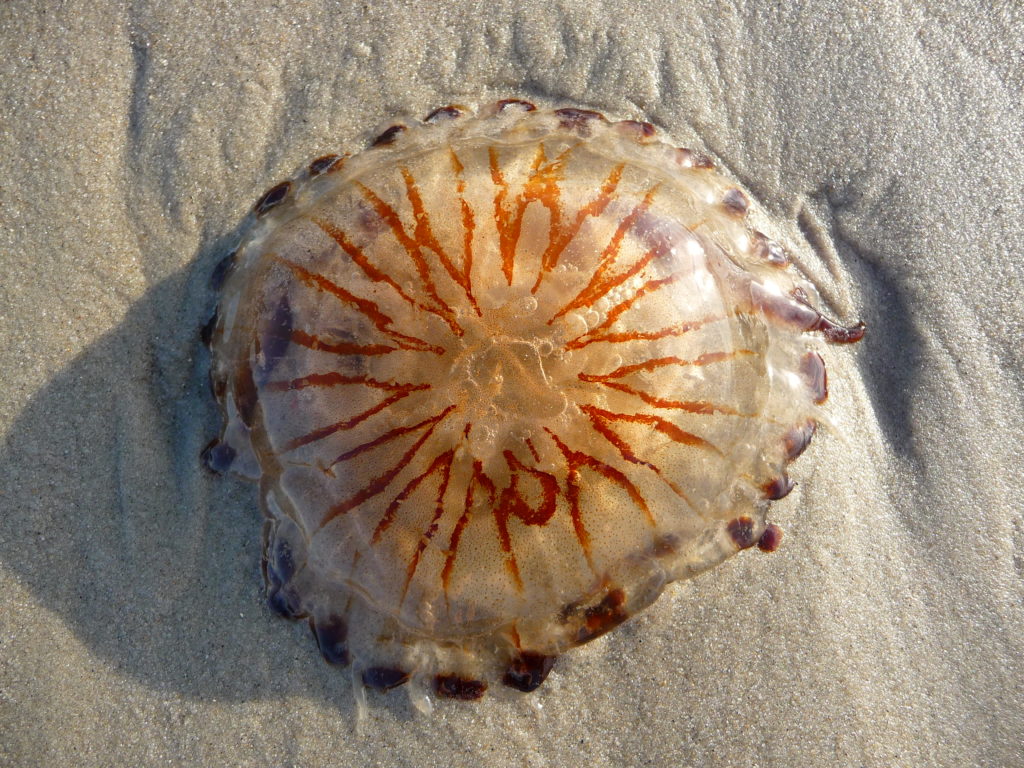 They are yellowy white colour and can be found from July to September. 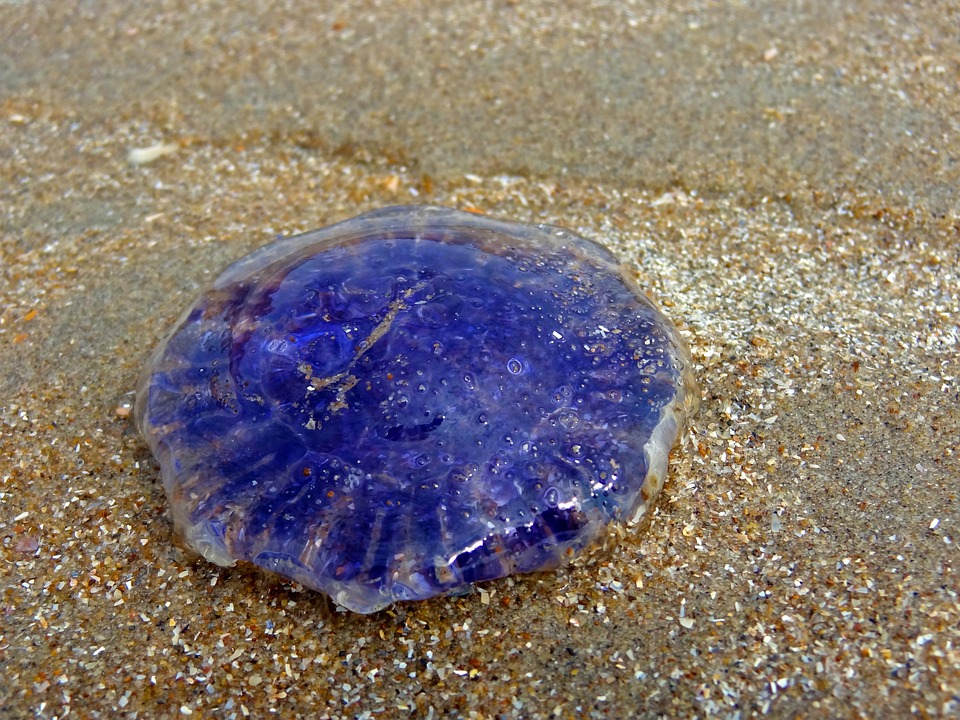 Not as common as other types can be identified by translucent body and blue purple rings inside. 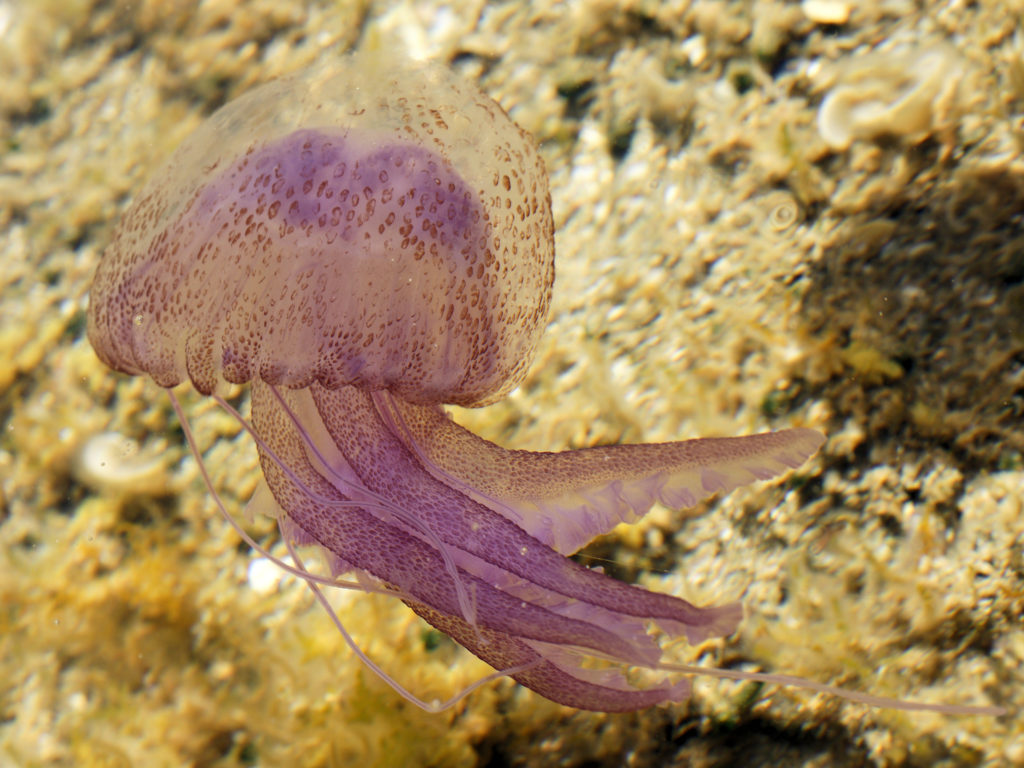 These guys are becoming more and more common

Yep, they are mauve in colour and have a stinger 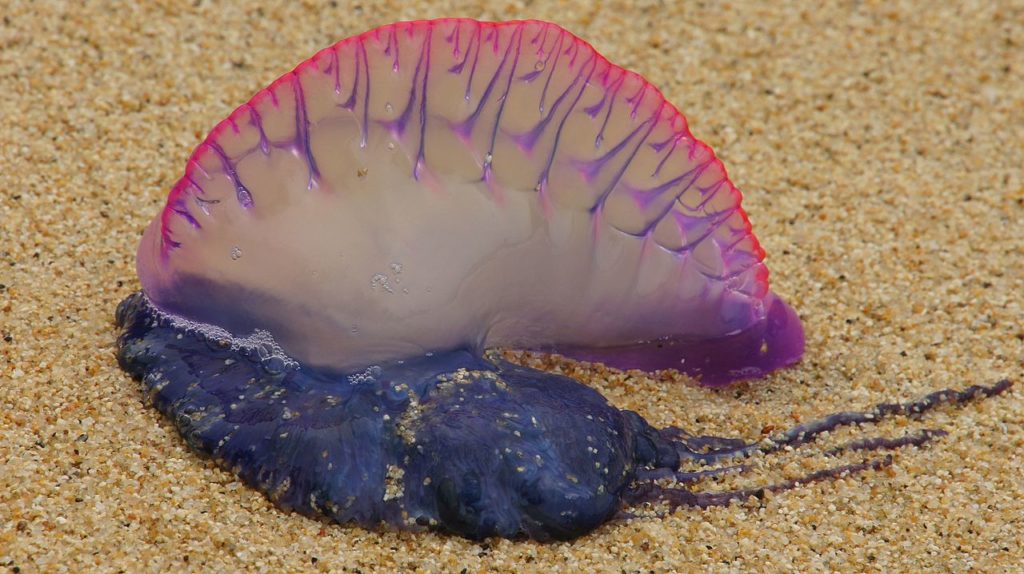 Not exactly a jellyfish but closely related.

Ok, not all named as they appear, but this is one you should really be aware of!

What should you do if you get stung?

If you or someone you know gets stung the best option is to go to a lifeguard for treatment. But if that’s not an option here are a few tips:

Ultimately if it looks like a Lion’s Mane or a Portuguese man of war (whose image we hope you have now memorised!), swim time should be cancelled.

The Titanic Photos of Fr Browne | A Unique Glimpse Onboard