Great news! The Jeanie Johnston – the legendary famine ship – has returned to the River Liffey in Dublin and reopens for visitors on Friday 24th February.

Where did the #jeaniejohnston ship go #dublin?

The ship underwent some important planned maintenance at the recently closed dry dock in Grand Canal Basin and was certainly missed in its absence.

Now back docked at Custom House Quay in Dublin’s city centre, it reopens for visits this Friday and has 50 minute tours running throughout the day.

The @JeanieJohnston1 returns to the banks of the Liffey next week, making those riverside views outside @chqdublin even better! #lovedublin pic.twitter.com/wED8kJyUK9

The Jeanie Johnston is a significant ship in Irish maritime history and she made her maiden emigrant voyage from Blennervile, Co. Kerry to Quebec on 24 April 1848, with 193 emigrants on board, as the effects of the Famine continued to devastate Ireland and force emigration.

Between 1848 and 1855, the Jeanie Johnston made 16 voyages to North America, sailing to Quebec, Baltimore and New York. 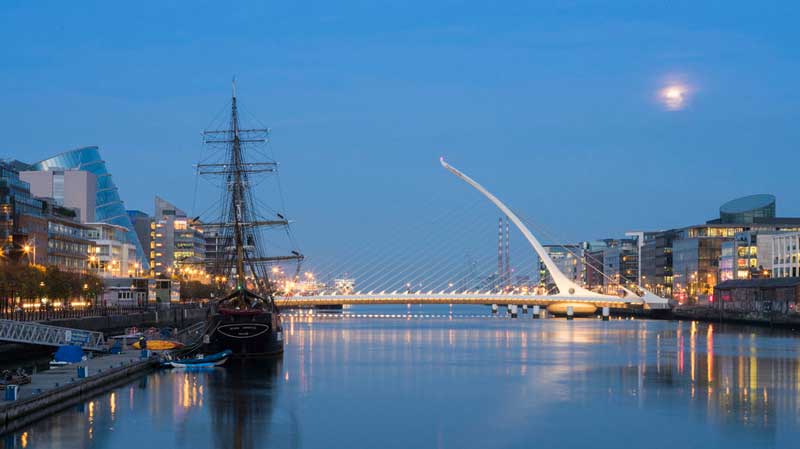 Unlike many of her contemporaries, often called coffin ships, no crew or passenger lives were ever lost onboard the Jeanie Johnston.

The original ship was lost in 1858 when she became waterlogged en route from England to Quebec with a cargo of timber.  The crew climbed onto the rigging, and after nine days clinging to their slowly sinking ship, they were rescued by a passing Dutch ship. Even in her loss, she maintained her perfect safety record.

The fully functional replica of Jeanie Johnston is now permanently stationed on the Liffey as a living history museum on 19th century emigration.

To book a tour on the Jeanie Johnston, visit their official website here


Also, check out this fascinating NPR programme about the Jeanie Johnston