On Friday evening in Dunedin, Enda O’Coineen set sail alone with the objective of sailing non-stop for 13,000 miles through the Pacific Ocean, around Cape Horn, and back up the Atlantic to Les Sables d’Olonne in France. 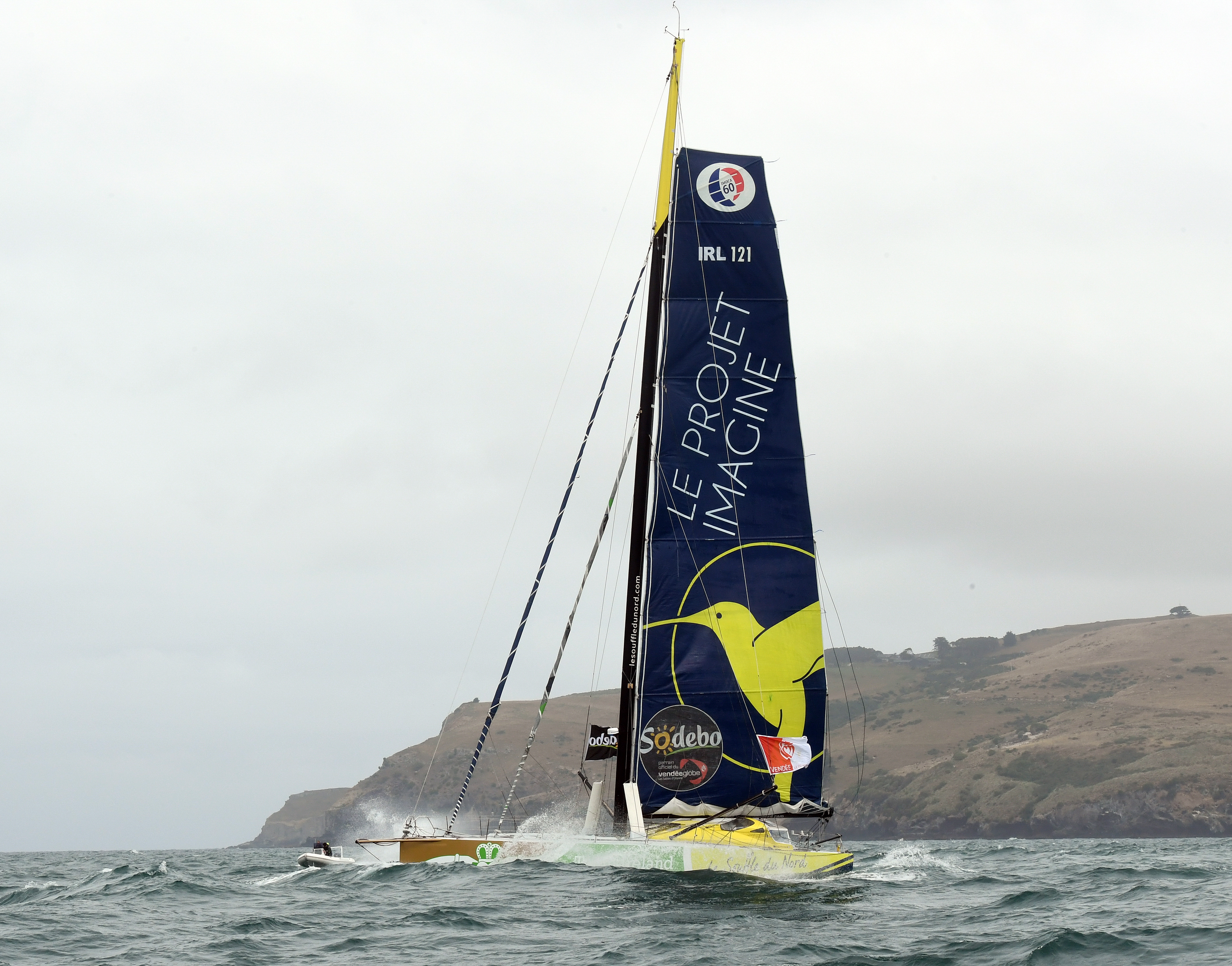 Farewell fair land . . . Irish sailor Enda O’Coineen motors through the Otago Heads with a gang of Spirit of New Zealand cadets last night before they were transferred to another boat and he set sail for home.

This epic voyage will see Enda complete the Vendee Globe race course after he was forced to retire from the race when he lost his mast on New Years Day in 2017 some 180 miles south of New Zealand. In a historic first, two Vendee Globe teams and pooled resources and joined teams to complete the voyage.

French entrant Le Souffle du Nord limped into New Zealand a few days before Ireland’s only entry with serious structural damage to their hull. The French boat has now been rebuilt and Enda will sail it alone, back to France and then onto Ireland. The voyage is expected to take approximately 55 days and Enda is likely to face some extreme conditions as he sails through the Southern Ocean. 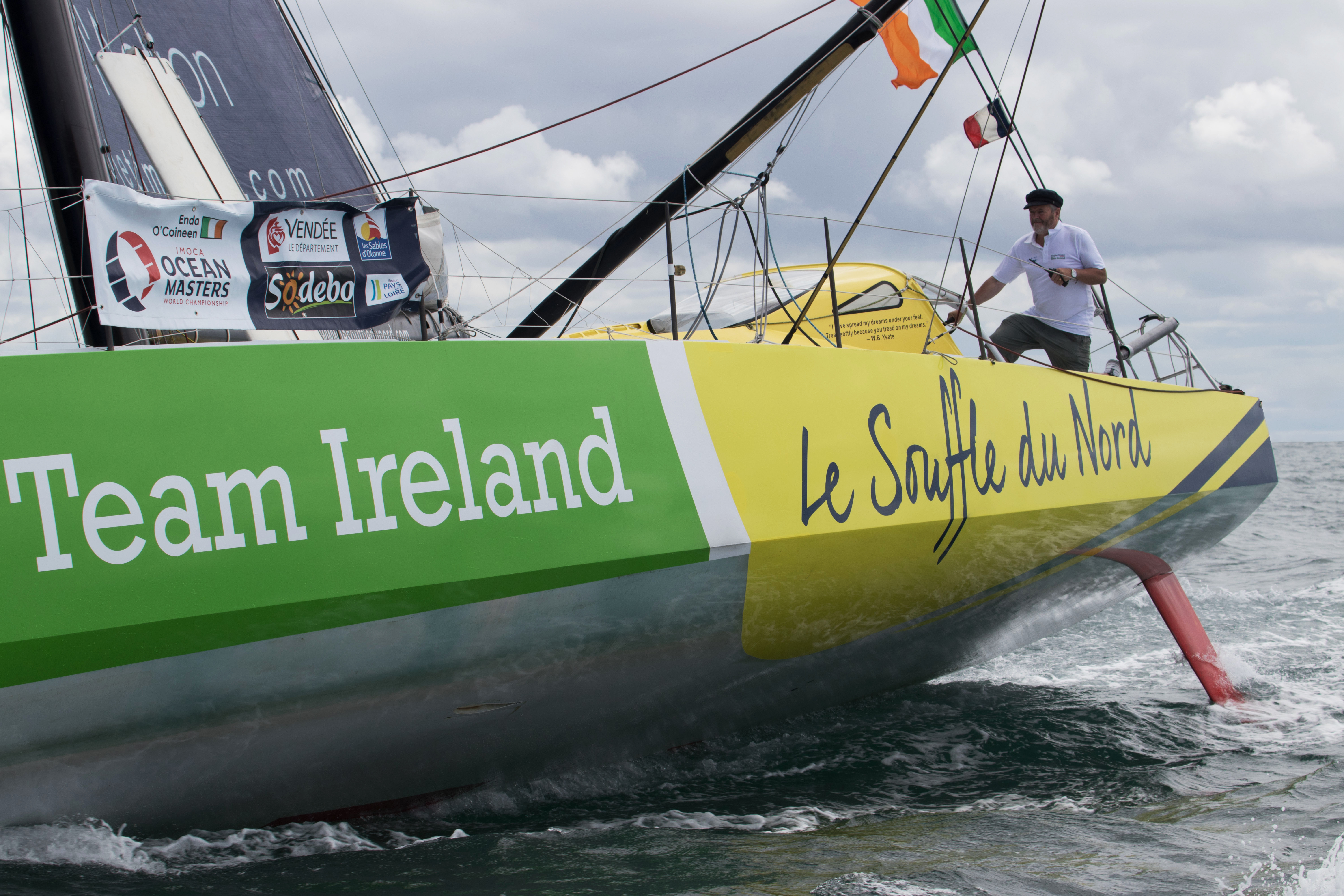 Enda continues his solo adventure around the world

Speaking before his departure Enda said:  “It is an honour to now sail under a joint French – Irish flag. Le Souffle du Nord – Kilcullen Team Ireland represents an amazing coming together of two teams. While I never wanted to have to drop out the Vendee Globe, it has added to the adventure. Just a few weeks ago a group of delegates from France and Ireland met in Auckland to wish us well and to also take a closer look at the Spirit of Adventure Trust model. It is an incredible youth development model and has played a central role in the development of New Zealand’s maritime industry, it is for those reasons that the Atlantic Youth Trust is working to replicate it.”

Followers can track the boat 24/7 and read regular log updates by visiting www.teamireland.ie or through Facebook at Kilcullen Voyager Team Ireland.