The Irish Whale and Dolphin Group welcome you to attend its upcoming talking tour about its recent Icelandic expedition in search of humpback whales, the enigmatic and impressive marine mammals that feed both around Icelandic and Irish waters.

The 20 venue tour launches on January 14th, 7pm at The Lexicon, Dun Laoghaire, Dublin. The event is free and families are encouraged to attend. 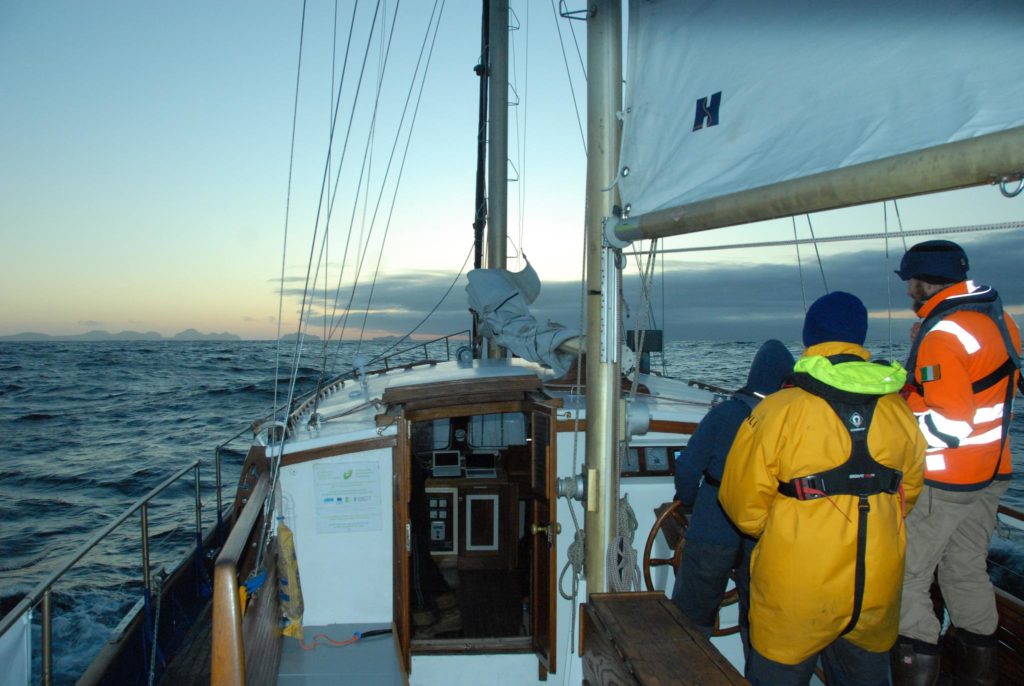 The 2018 Iceland expedition began in Dublin where Celtic Mist sailed up to Northern Ireland and onto Iceland in a week’s sail. (Credit Seamus McGearailt)

In May 2018, an Irish Whale and Dolphin Group (IWDG) left Dublin embarking on an expedition to Iceland on its research vessel Celtic Mist. A fine mix of people were onboard including a retired school teacher, a doctor, a parks ranger along with a farmer from Kildare, all skippered by a project manager from Arklow.

They went in search of humpback whales, one of the most enigmatic species in the world’s oceans. Humpback whale numbers are increasing in Irish waters and the IWDG wanted to know where they are coming from and going to. Ireland and Iceland share this whale population and they wanted to improve knowledge and build relationships between our two island nations. But they came back with more than they bargained for! 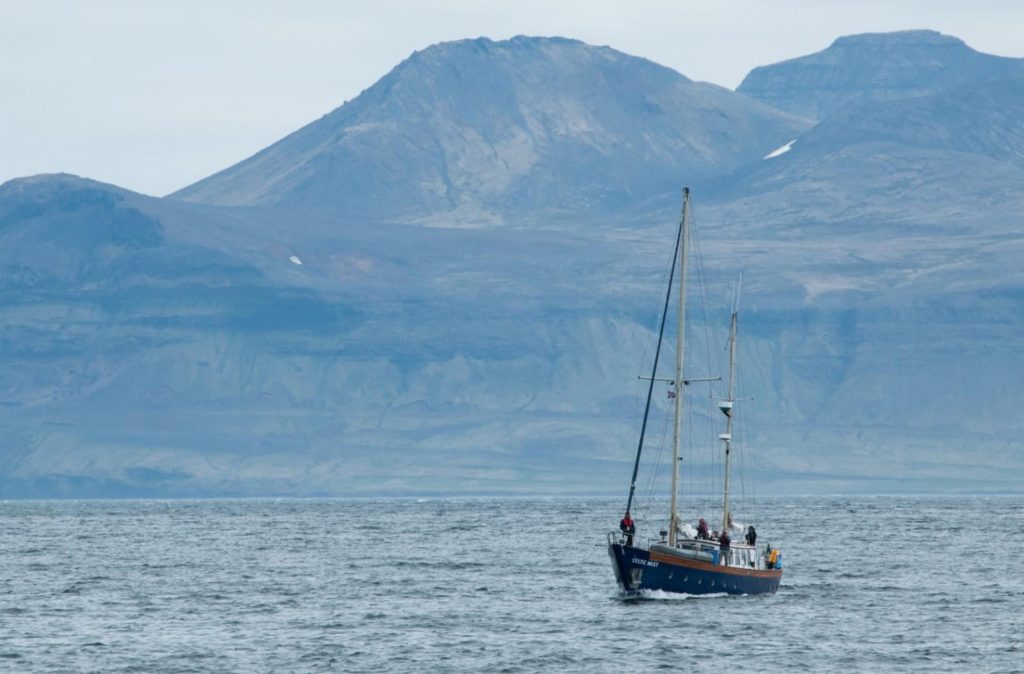 During the six week expedition, 28 members from the IWDG, of all ages and all walks of life sailed Celtic Mist 4,500km around the Icelandic coast and even into the Arctic Circle before returning her back to Dublin via the Faroe Islands and Scotland.

Many experiences were shared by those who sailed Celtic Mist on this ambitious expedition. Many special moments were had with people and wildlife that will stay with these everyday mariners for the rest of their days.

IWDG members along with the skippers and scientists that sailed during the summer of 2018 will discuss their experiences and share a collection of images and videos presented by those who ventured on the ‘trail of the whale’. Fascinating expedition details will be revealed in an engaging format, demonstrating what a small group of people can achieve when working towards a collective goal.

Join them for the launch of this nationwide library tour in the Lexicon, Dun Laoghaire on January 14th. Suitable for all ages and free to everybody. Register here for the event.

IWDG will visit 20 venues throughout the island of Ireland including offshore islands. See the venues below. 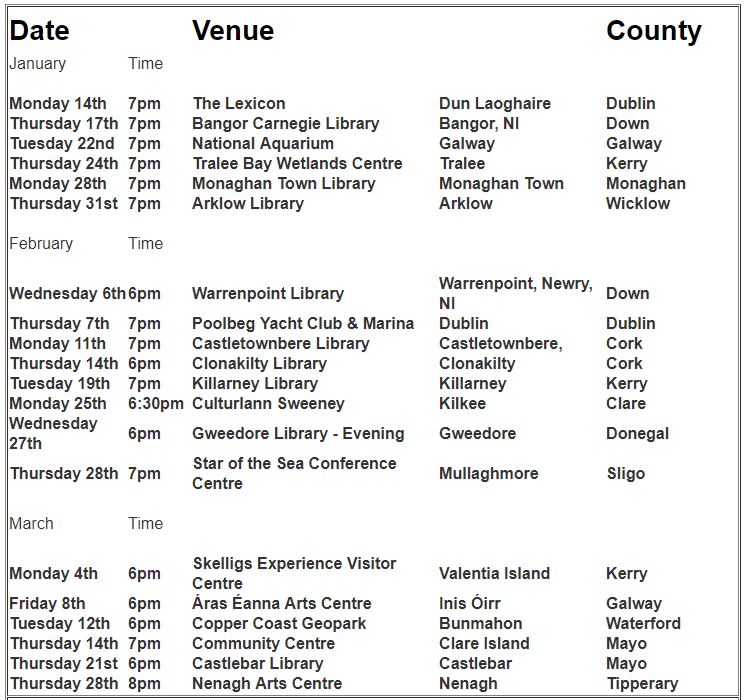 Find out more on the IWDG Facebook event page. Visit the Irish Whale and Dolphin Website for further information.