In a historic first, two Irish solo sailors, Joan Mulloy and Tom Dolan, will be starting the notoriously competitive La Solitaire Urgo Le Figaro in France on Sunday 26 August. The solo sailors are facing 4 legs ranging in length from 1 to 4 days, racing 24 hours a day on 33ft yachts normally crewed by 8 people. They will be lining up against some of the best solo sailors in the world. 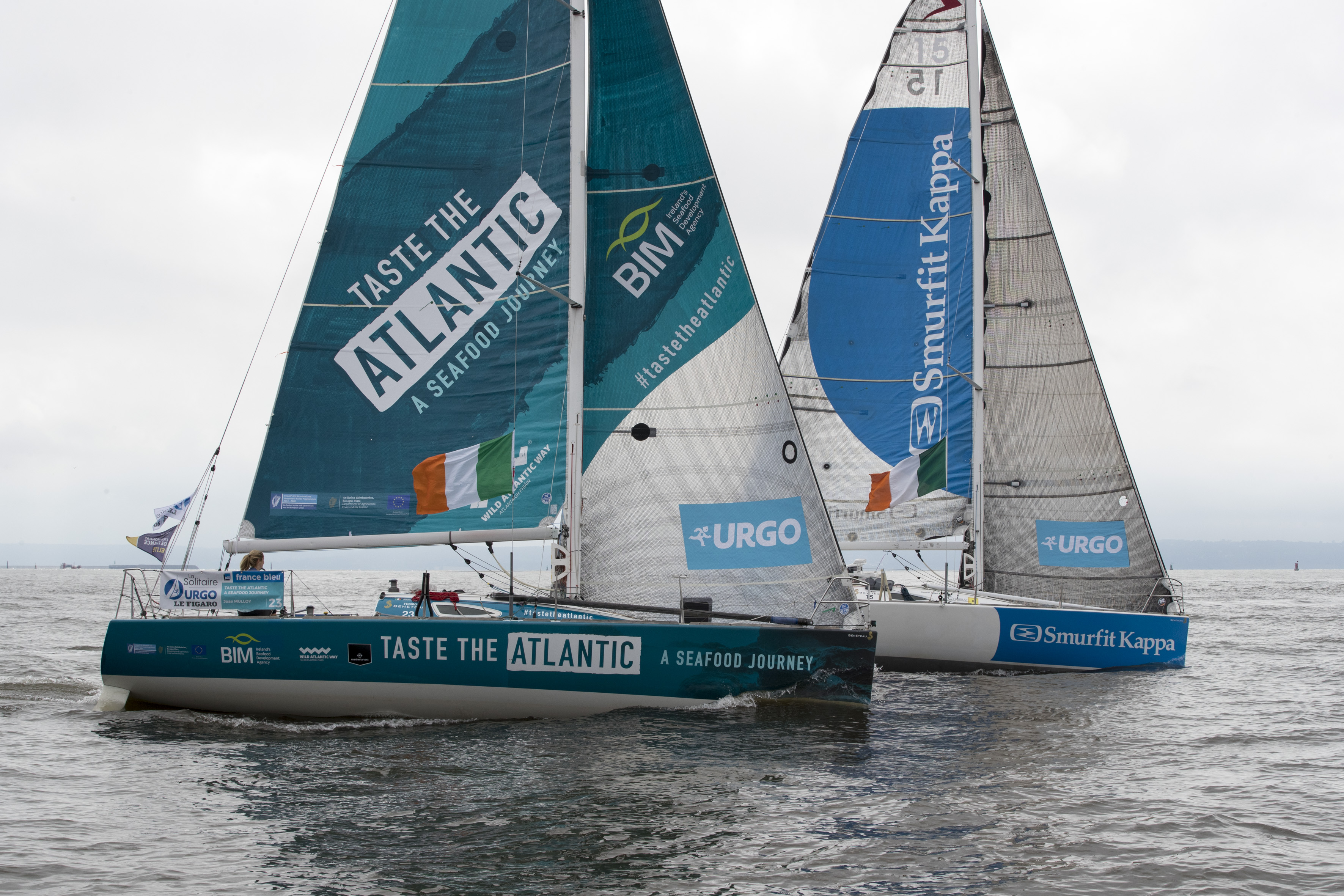 The Solitaire du Figaro was first raced in 1970 and is now widely accepted as the premier solo sailing series. The top skippers have competed for over 10 years in the same boat, on the same stretches of water, constantly refining and making marginal improvements to their performance in an attempt to win the prestigious event.

Tom Dolan, racing onboard his Smurfit Kappa sponsored entry, said: “Think of this as the Tour de France of the ocean. Short sprints, 1 to 4 days of neck and neck racing, little time to recover in between legs, any lapse in concentration can result in at best, loss of places, at worst, well it’s not worth thinking about.”

The skippers will be supported by shore teams and will have only a few days on dry land between legs to catch up on sleep, study charts, and review weather forecasts before setting out again to race around the clock.

Speaking from France, Mayo’s Joan Mulloy said:“Tom and I are really excited for the start. We’re both ‘Rookies’ meaning it’s our first La Solitaire du Figaro race so can’t wait to get out and compete against the best. We’re both so proud to be backed by Irish sponsors and supporters, my campaign is led by Taste the Atlantic – A Seafood Journey, and Tom’s by Smurfit Kappa.”

The fleet will leave Le Harve on Sunday, race to Baie de Saint-Brieuc, stop for a few days, then race onto Spain and back to France before the final and shortest race concludes in Saint-Gilles-Croix-de-Vie. The races can be tracked live at www.lasolitaire-urgo.com