For the first time a new study has revealed that puffins are capable of modifying their behaviour to drastically reduce the effort of searching for food by using the strong tidal currents in the Irish Sea and saving up to 46% of their usual energy usage. 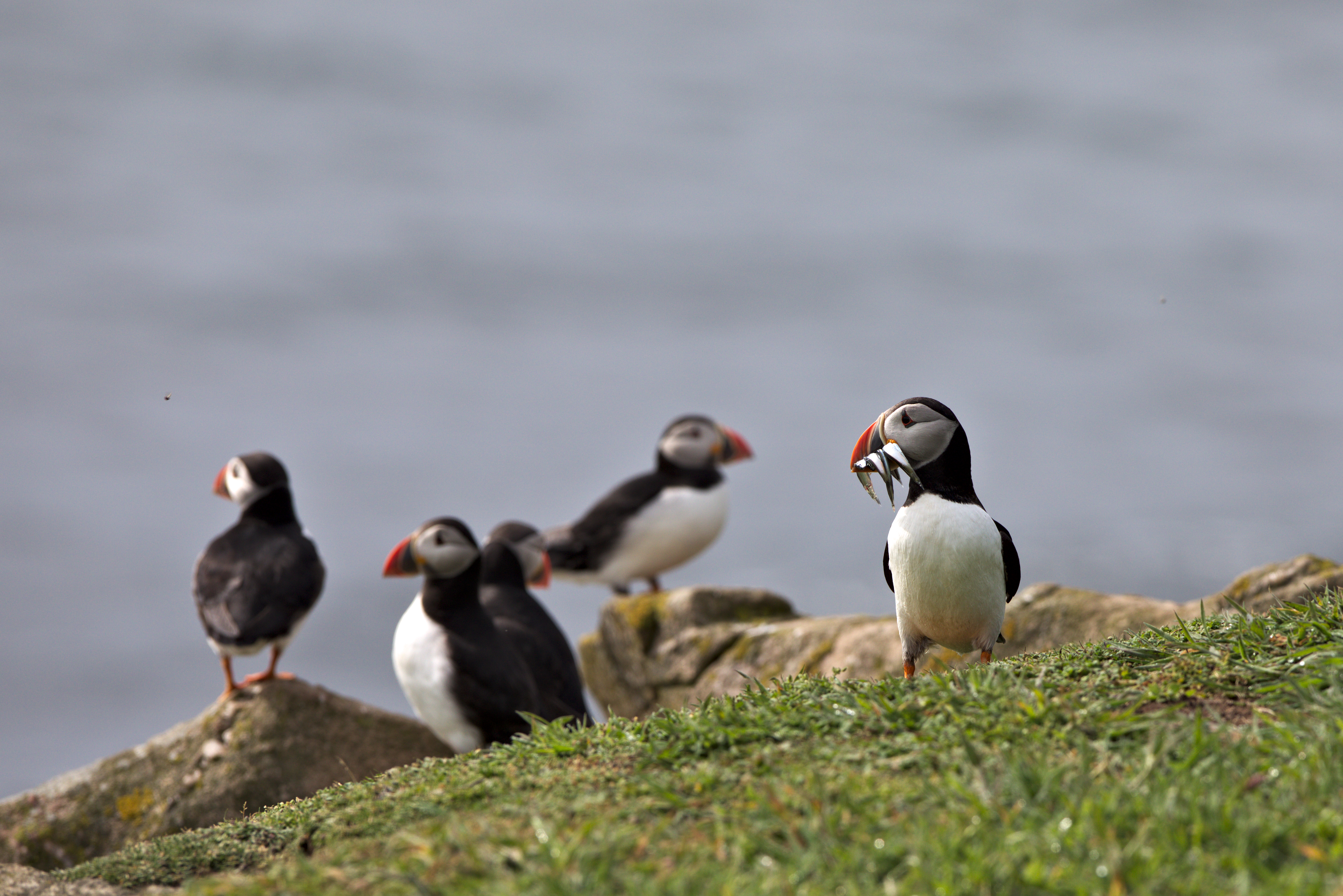 The two-year study which was an international collaboration between MaREI, the SFI research Centre for Energy, Climate and Marine hosted by University College Cork and conservation charity ZSL (Zoological Society of London) has found specialised feeding behaviour of puffins in Ireland’s south-east. The findings from the GPS tracked puffins from Little Saltee, County Wexford have revealed that puffins are using the strong tidal currents in the region for a ‘free ride’ across feeding areas, saving them considerable energy.

Previous seabird tracking studies have universally shown that birds travel between often distant patches at sea where they concentrate feeding. The effort to fly between these prey patches can be considerable, particularly for puffins whose wings are short and adapted for swimming underwater and chasing down their preferred food, sandeels. The lead author of the study, Ashley Bennison, researcher at MaREI said “Our puffins have completely dispensed with the need to fly between patches of food, instead using strong tidal currents in the Irish Sea to move them between patches of fish at sea”. 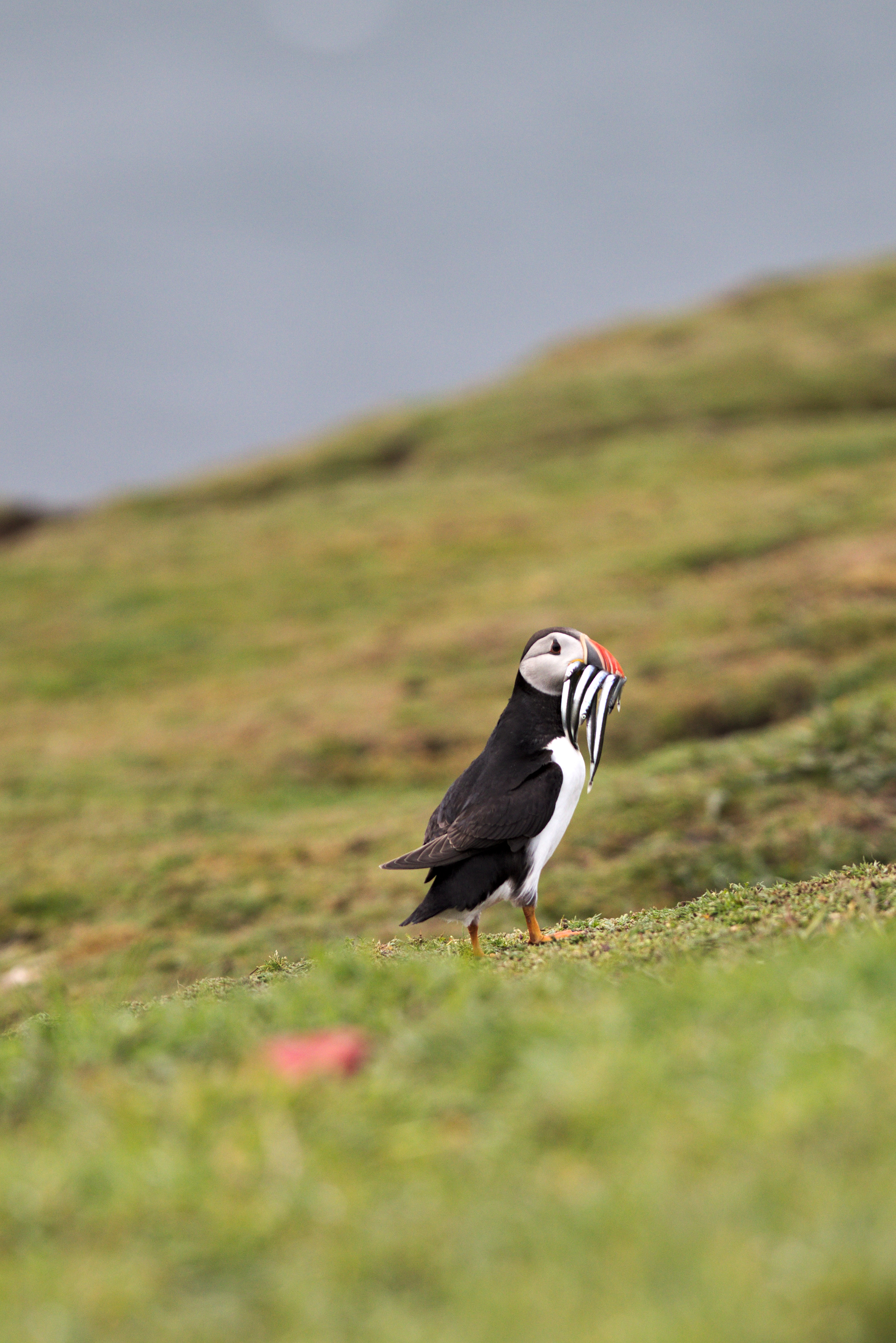 Alison Debney, ZSL’s Senior Conservation Programme Manager for UK & Europe said “Puffins are listed as an endangered species in Europe and we really don’t know enough about them. This is the first time anyone has GPS tracked puffins in Ireland.”

The results of this study reveal that puffins riding on tides may be saving up to 46% of the energy that would normally be used if the birds were flying between food patches. “This saving is considerable, and it is easy to see how this behaviour is advantageous, but it is unclear exactly how the behaviour spread through the local population, whether through social cues or individuals learning independently” said Dr Mark Jessopp, who co-ordinated the study. 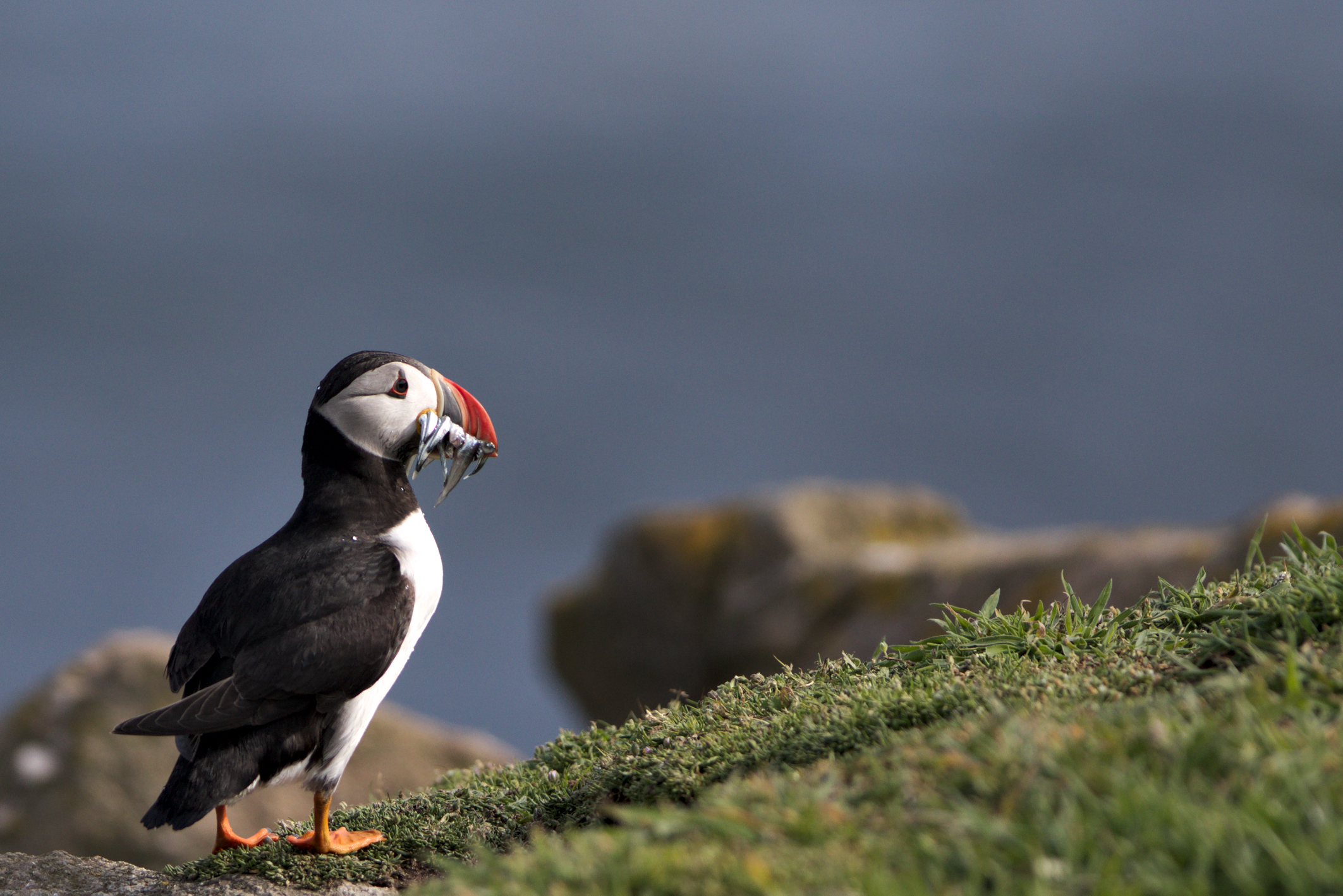 The study concluded that such behaviours are likely to be found elsewhere, and in other animal groups now that we know what to look for. “We have long suspected that animals are able to adapt their foraging behaviour to the local environment, and this is an excellent example of how animals can surprise us with their ingenuity” said Bennison.

To read the full article in Biology Letters here