The LÉ Aisling was decommissioned in 2016 after 36 years naval service and was the longest-serving vessel in the fleet. Among notable achievements she had the Naval Service’s first female commanding officer – Lieutenant Commander Roberta O’Brien – who was also the first woman to be commissioned in the Irish Naval service. 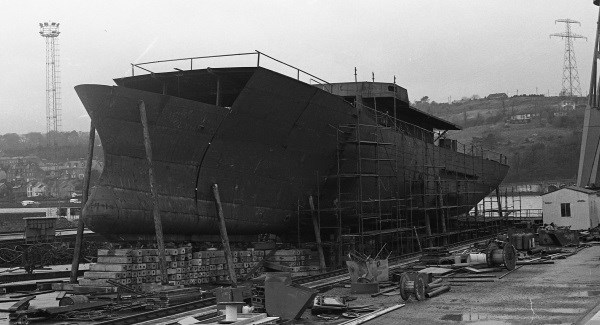 LÉ Aisling Under construction in Cork 1979

Sold last month at auction for €111,000, the ship has now been renamed Avenhorn and will be refurbished in the Netherlands before being sold on.