Christmas is just around the corner so to help with the difficult present buying part we’ve gathered eight excellent Irish maritime books together for you to consider. We’ve selected a range that should suit all the family, well, certainly one for the very young – the wonderful ‘Tom Crean’s rabbit’!

Check out these favourites below!

1. The Lonely Sea and Sky by Dermot Bolger 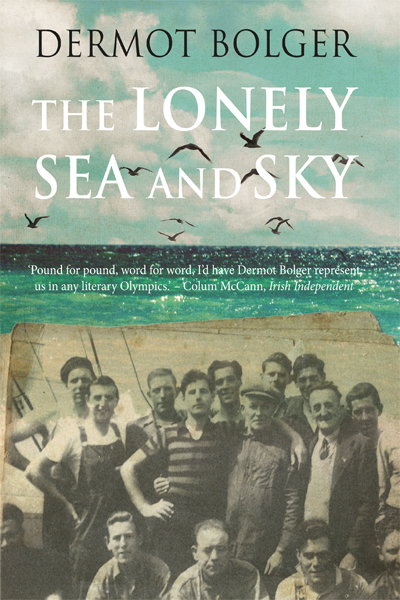 The Lonely Sea and Sky charts the maiden voyage of fourteen-year-old Jack Roche aboard a tiny Wexford ship, the Kerlogue, on a treacherous wartime journey to Portugal.

Bolger does it masterfully, as always. He has been prying open the Irish ribcage since he was sixteen years old…. Pound for pound, word for word, I’d have Bolger represent us in any literary Olympics. — Colum McCann, Irish Independent

2. The Last Voyage of the Leinster by the Mail Boat Leinster Centenary Committee 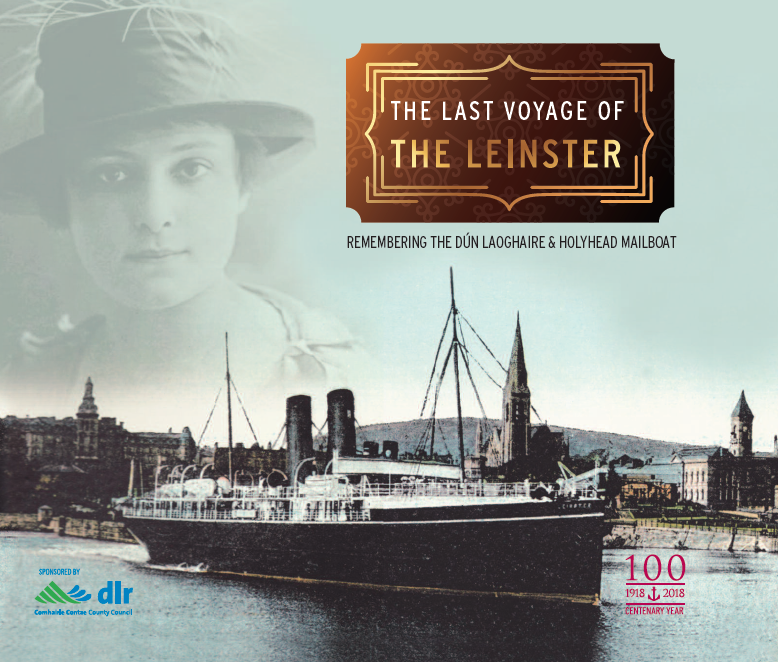 This book ‘The Last Voyage of the Leinster’ captures the human aspects of the loss of the Leinster to so many families not only Irish but also Welsh, English, Scottish, Canadian, Australian, New Zealanders and American who were unlucky to have been traveling on that day, almost a century ago. The Leinster, which was armed and also carrying soldiers returning to the war, was sunk in a wartime act, just a month before the end of World war 1, by the German U Boat 123.

3. The History of the Irish Naval Service by Adam McIvor 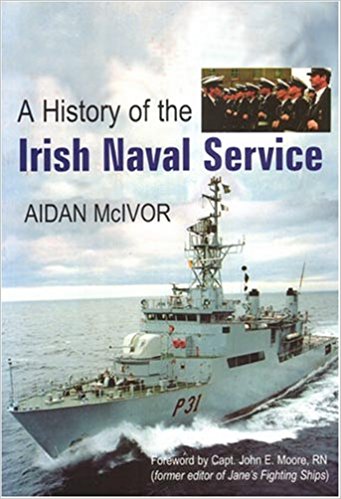 Over 70 years ago the Irish Naval Service as we know it was formed and over that time they have provided a invaluable service providing fisheries protection, sea patrols, surveillance and smuggling prevention around the Irish coast as well as important work further afield.

“This is a fabulous work, well-researched and clear, with just the right level of obviously painstakingly obtained detail to illustrate the main thesis and recurring themes.”

Available here: A History of the Irish Naval Service 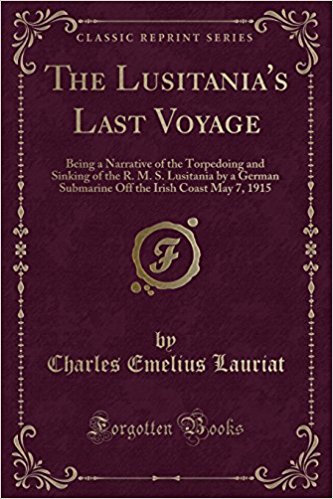 On the 7th of May 1915 RMS Lusitania was nearing the end of what would be her final voyage from New York to Liverpool. About 11 miles off the Old Head of Kinsale she was fired upon by the German submarine U-20. A single torpedo struck the starboard bow and an explosion erupted within the hull. The ship began to list steeply and within 18 minutes the Lusitania was gone. The loss of life that day was tremendous with only 767 of the 1960 on board surviving.

“Charles Lauriat’s detailed narrative as an eyewitness to the sinking of the Lusitania resonates even today. His heroic actions resulted in many being saved. Over 100 years later, history lovers are still captivated by his tale.” —Mike
Poirier, co-author of Into the Danger Zone: Sea Crossings of the First World War,

5. The Sinking of RMS Tayleur : The Lost Story of the Victorian Titanic 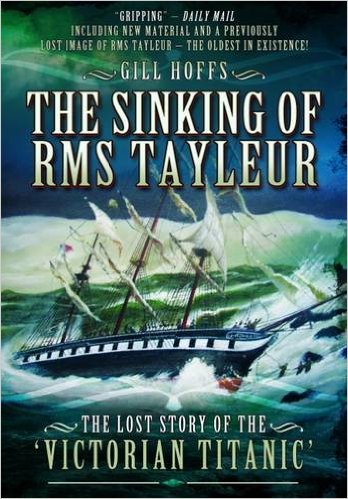 The wrecking of the RMS Tayleur made headlines nearly 60 years before the Titanic. Both were run by the White Star Line, both were heralded as the most splendid ships of their time – and both sank in tragic circumstances on their maiden voyages. On 19th January 1854 the Tayleur, a large merchant vessel, left Liverpool for Australia; packed with hopeful emigrants, her hold stuffed with cargo. On the 160th anniversary of the disaster, Gill Hoffs reveals new theories behind the disaster and tells the stories of the passengers and crew on the ill-fated vessel.

Available here: The Sinking of RMS Tayleur : The Lost Story of the Victorian Titanic

6. Before the Tide Went Out by Andrew Doherty 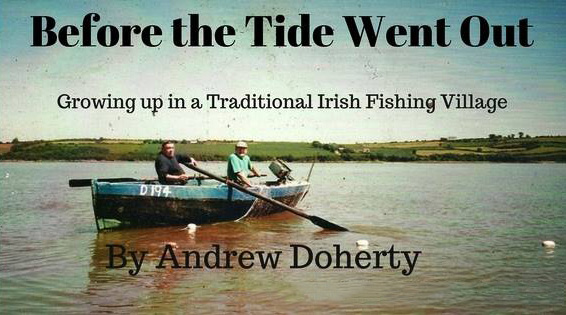 In ‘Before the Tide Went Out’, Andrew Doherty explores fishing through the story of his own childhood growing up in the village of Cheekpoint, Co. Waterford and where for 15 years he worked hard at the family trade fishing on the rivers and along the coast. His book is both a wonderful testament to his happy youth in Cheekpoint and an impassioned call for the preservation of these important communities. 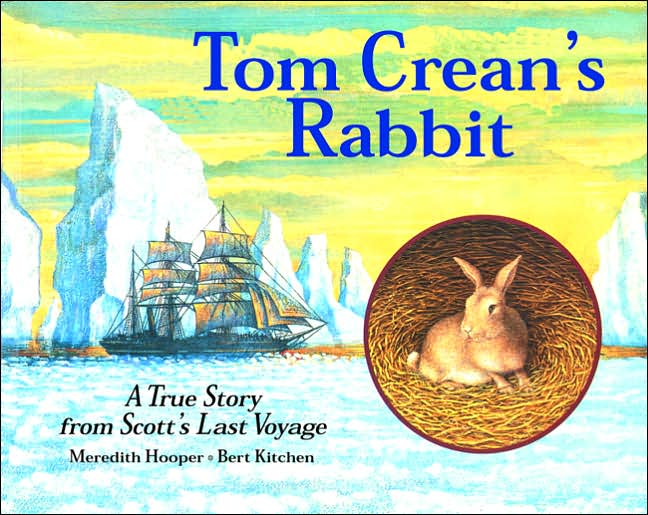 Tom Crean is one of Ireland’s unsung heroes. He traveled with Shackleton on the Endurance and brought along an unusual friend on Scott’s Terra Nova expedition. This great book for children is about Tom Crean’s pet rabbit on board his voyage to the Antartica. Recommended for 2-3 year olds it is a lovely way to share the ocean adventure with the very young.

8. Between the Tides: Shipwrecks of the Irish Coast 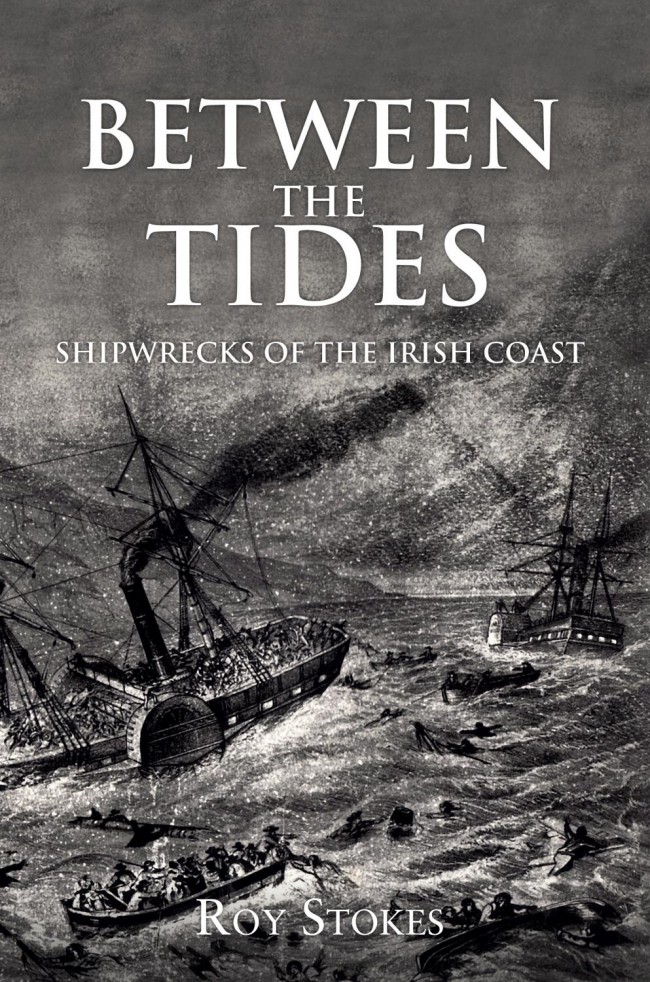 Roy Stokes examines some of the historic shipwrecks of the Irish coast and considers Ireland’s previously little-understood role in the naval battle with Germany during the First World War. Many other historic wrecks are also explored, including the paddle steamer Queen Victoria, which, discovered by the author in 1983, became the first historic shipwreck to be protected under new legislation.

Available here: Between the Tides: Shipwrecks of the Irish Coast