The Irish Coast Guard conducted more than 1,100 missions and saved the lives of more than 400 people in 2018.

In an annual review, the Coast Guard reported an increase in the number of people – classed as ‘Lives Saved’ – who would have died or been at serious risk of loss of life if it had not provided assistance. It also said the three rescue coordination centres at Malin Head, Valentia Island and Dublin managed a total of 2,650 incidents, an increase on the 2,503 incidents in 2017.

The past 12 months have seen the number of call-outs from the islands to the mainland for medical assistance reach 102, an increase of more than a half on the previous year’s figure of 67. 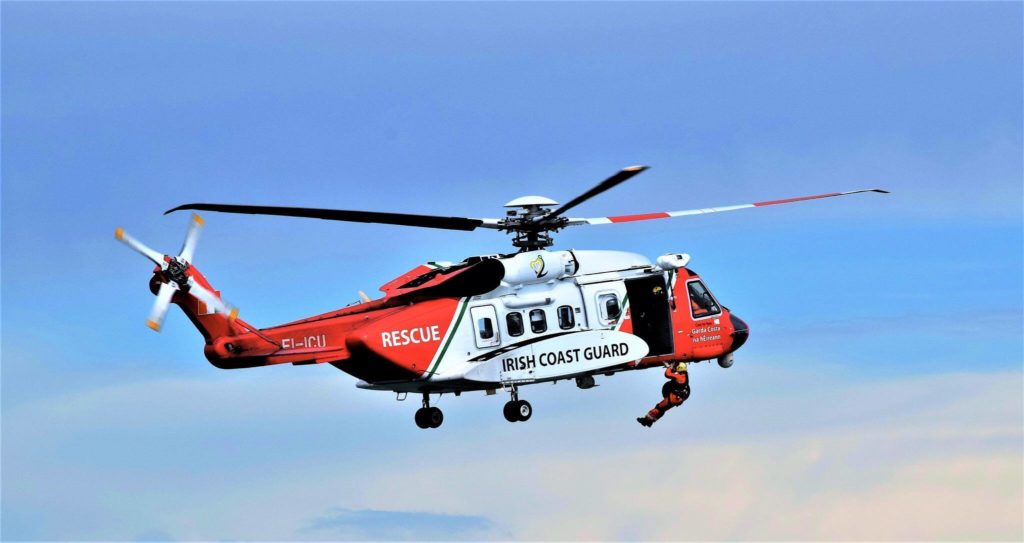 A nationwide network of volunteer Coast Guard units with around 1,000 members provided assistance in boat rescues, cliff rescues and shoreline searches, as well as helping communities during extreme weather events.

Coast Guard director Chris Reynolds described the members of the vital emergency service as the ‘eyes and ears’ who liaise with the three operation centres. “In addition to the three core services that they provide they are an integral part of community resilience and continually act as the Eyes and Ears of our RCCs in assessing and responding to any coastal emergency,” he said.

In the past 12 months, the Dublin Coast Guard centre which receives emergency satellite transmissions from boats and aircraft, received 137 electronic transmissions although many proved to be false alarms.

Along with Irish Water Safety, the RNLI and the Irish Sailing Association, the Coast Guard said it would be taking measures to promote water safety in 2019 including a relaunch of the Safety on the Water website which provides tips and guidelines on how to stay safe on Irish waters.