It’s an impressive haul, eighty-eight blue flag beaches around the country, and it’s something we should be rightly proud of. But looking a little closer it’s clear not all beaches are treated equally and some have a long way to go before they can even be considered safe, let alone meriting the prized status of a blue flag.

Some of our beaches around the country are real slices of paradise. Let’s check out a few of these gems. 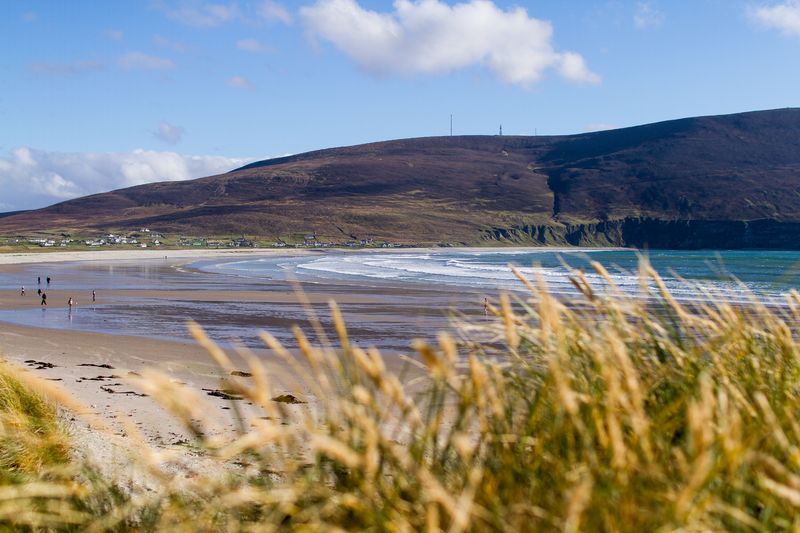 Mayo has tons of great beaches but Keel is particularly special. 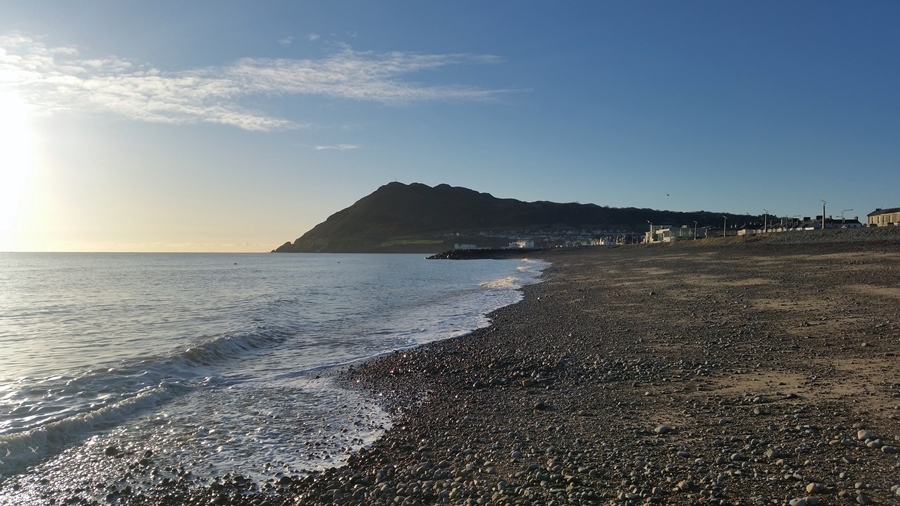 Bray really has it all, a great promenade and a fantastic pebble beach 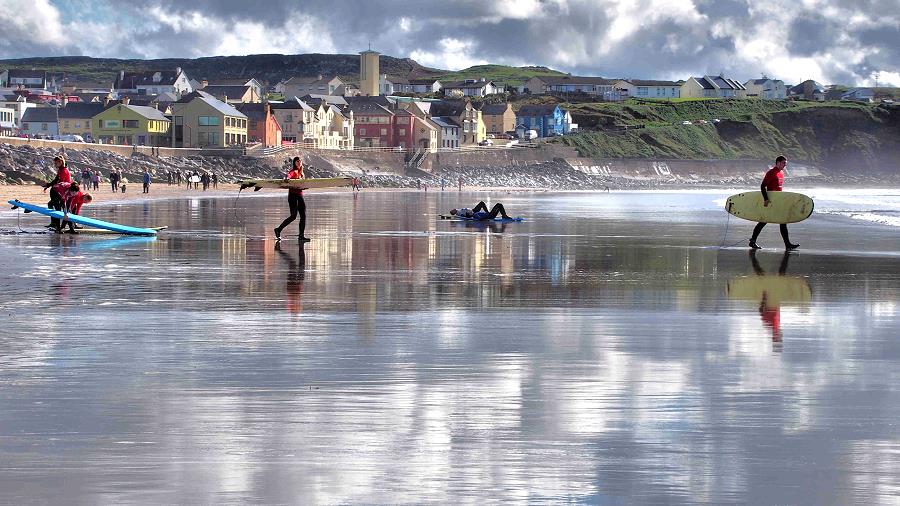 Great for a surf! 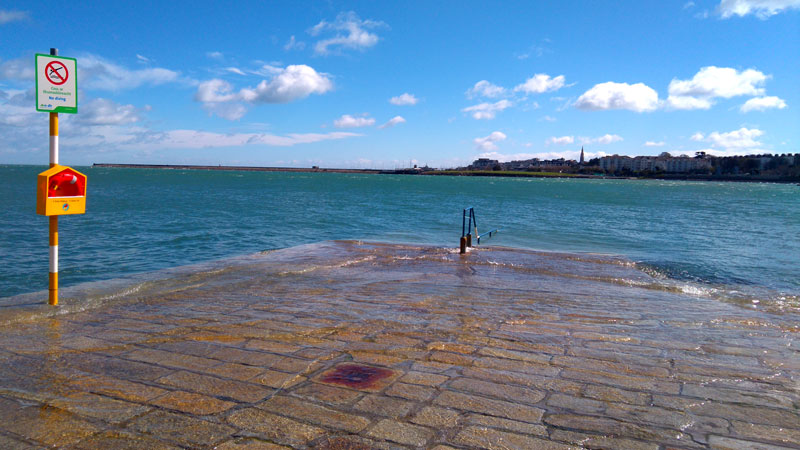 Seapoint is a seriously popular spot, the full tide masking the spotless beach 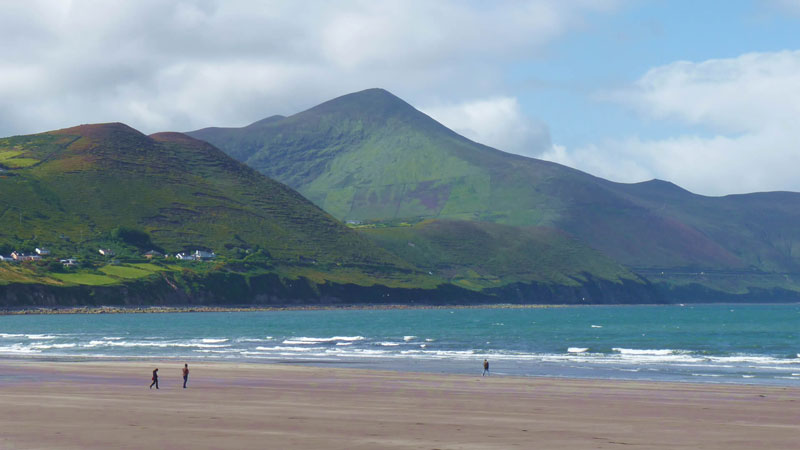 Kerry is definitely the kingdom when it come to beaches; thirteen blue flag beaches and Rossbeigh is a particular gem.

So what makes a beach bad? Essentially, unchecked human activity. We have antiquated waste water treatment in several parts of the country and it’s non-existent in some others. This is having serious conquences on the coast.

The 2016 census results revealed 40% of the population live within 5km of coast. The close proximity of so many of us to the seaside serves to highlight the importance of a clean coast for our health and well-being. 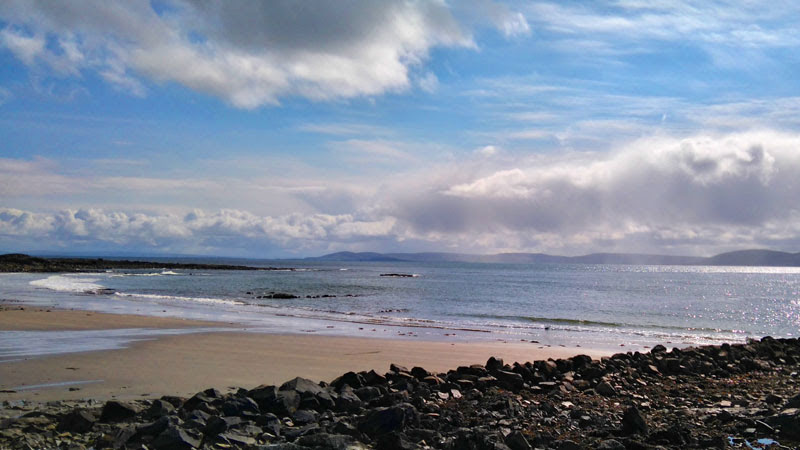 The recent discovery of superbug enzymes in bathing seawater near Spiddal is a wake-up call that needs to be heeded. Increasing antibiotic-resistant bacteria and poor sewage treatment could make bathing waters ground zero for outbreaks of disease.

At Doldrum Bay, Howth, a pipe of raw sewage flows down from the hills of Howth into Doldrum Bay. 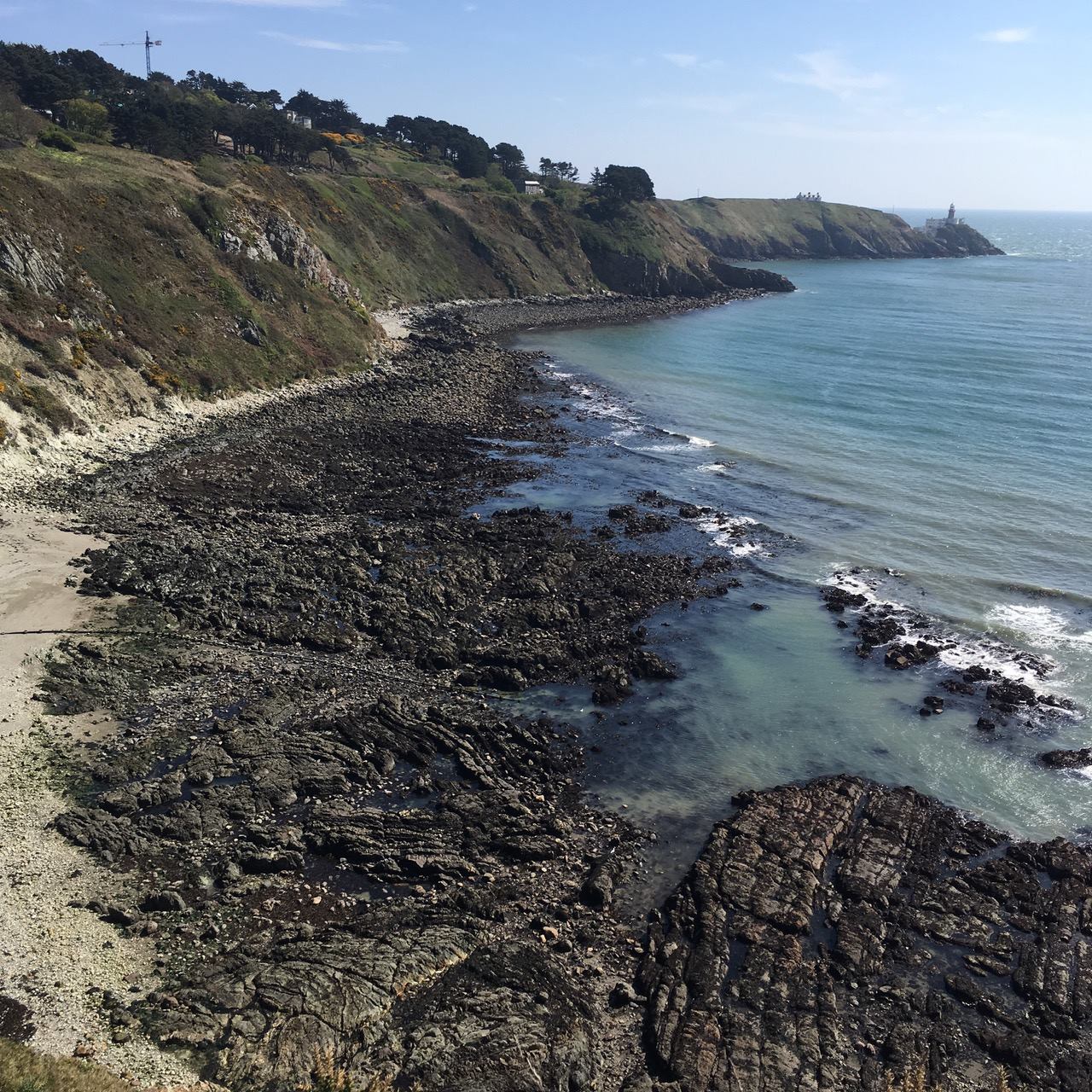 The photo above shows the pipe (middle of the image) which reaches as far as the waters edge and dumps the sewage into the bay.

The cleverly annotated version of the same photo below shows just how much goes on at a beach like this, all within the confines of the Dublin Bay UNESCO Biosphere. 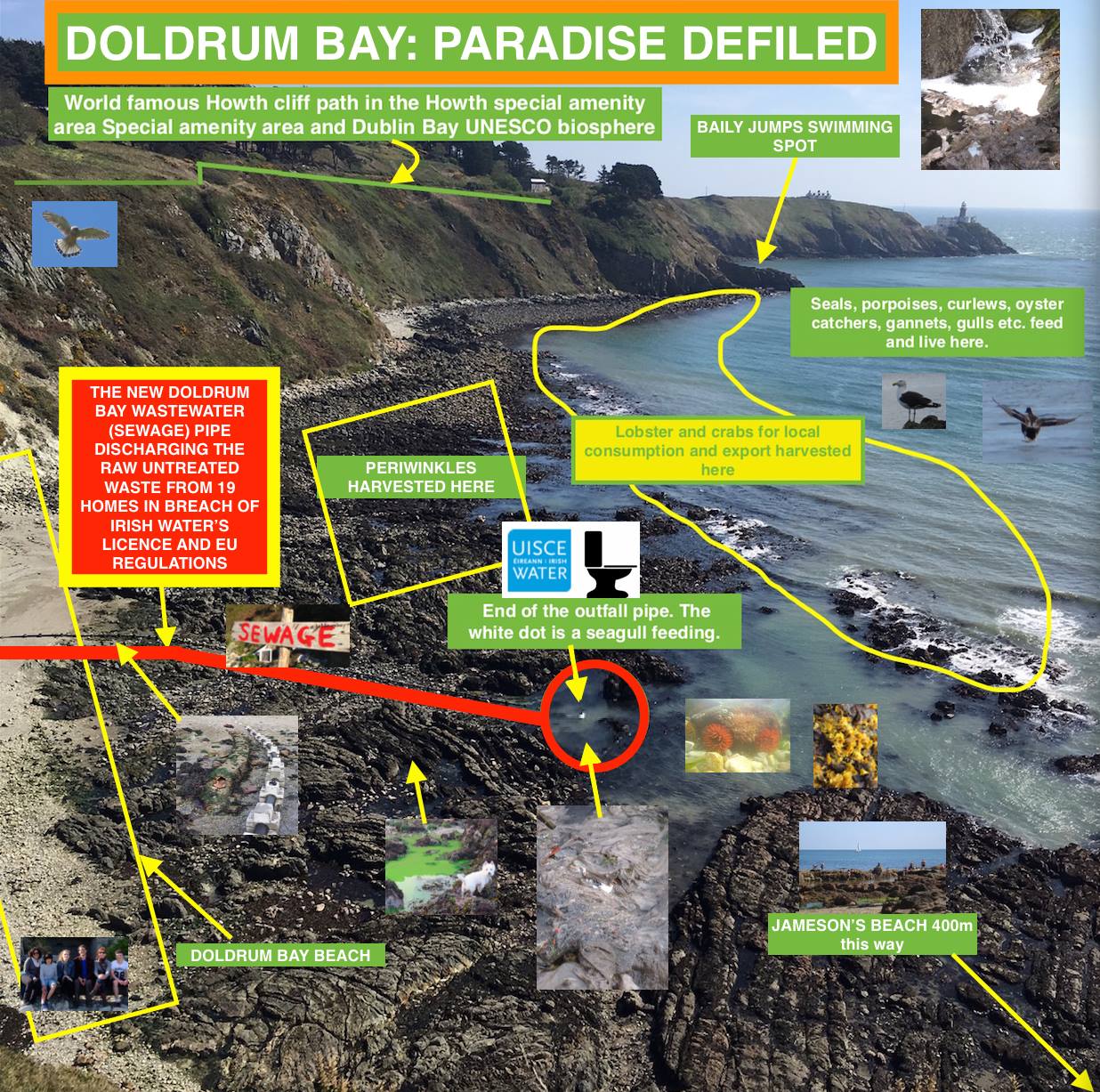 Ireland’s beaches are treasures but we’re not yet treating them all with the respect they deserve. For sure let’s celebrate the efforts made to merit the awarding of eighty-eight blue flags but let’s temper it with an awareness of the need for serious improvement at others.