Scientists carrying out research onboard the Irish Lights vessel Granuaile have discovered Ireland’s deepest cold water reef. The coral species, Solenosmilia variabilis, was found at a depth of 1600m and was filmed using the Marine Institutes remotely operated vehicle Holland I. 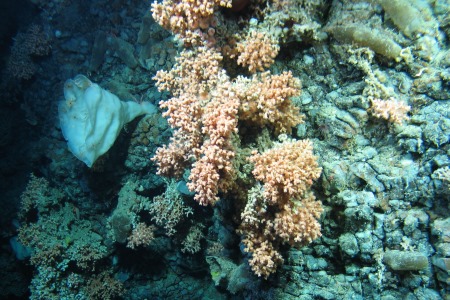 Scientists from the Marine Institute and the National Parks and Wildlife Services were conducting surveys and gathering data for marine planning, habitat protection and measuring the effects of climate change.

The marine scientists travelled over 1000 nautical miles over three weeks along Ireland’s Porcupine Bank and continental slope off the West coast of Ireland collecting HD video, sample cores and biological specimens along the shelf edge from 50 locations.


“Some of the reef ecosystems and habitats we discovered have never been seen before and discovering S. variabilis at depths greater than 1600 m helps us establish a better understanding of the environmental conditions necessary for this species to thrive,” explains Chief Scientist David O’Sullivan, INFOMAR, at the Marine Institute.

“The deep-sea coral S. variabilis is widespread, normally seen at depths between 1000 to 1300 m on seamounts or rocky areas deep under the sea but only occasionally forms reefs. Its growth rate is very slow approximately one mm per year, so finding the reef structure, which is part of a fragile ecosystem thousands of years old, in deeper parts of the ocean is an important find for marine science.”