The Irish Coast Guard and the Irish Naval Service were involved in the rescue of a seriously injured fisherman from a large Russian fishing vessel 140 nautical miles west of Kerry Head. 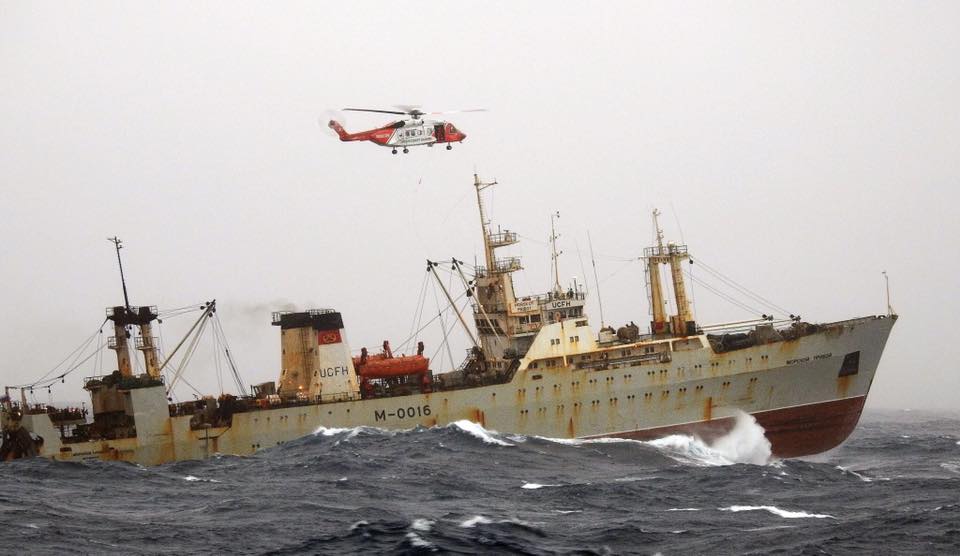 CoastGuard arrive at the Russian trawler

The distress call was placed in the morning at around 9am after the crewman was involved in an accident with fishing gear which may have resulted in several broken bones.

Shannon based Coast Guard helicopter Rescue 115 was tasked with communication support and back up provided Rescue 117. The Coast Guard was supported by the Irish Naval  Service ship LÉ Róisín. Crew members from the LÉ Róisín went on board the vessel this afternoon and assisted with casualty evacuation.

Weather conditions were particularly difficult for such an operation with a strong west to south-west swell and winds of over 35mph. Rescue 115 excavated the casualty and he was brought to University Hospital Limerick.