Ireland, through its national seabed mapping programme INFOMAR, has achieved global recognition for its effort to systematically map the seabed of its entire marine territory. And going forward, this programme will help unlock and sustainably manage Ireland’s ocean economy. 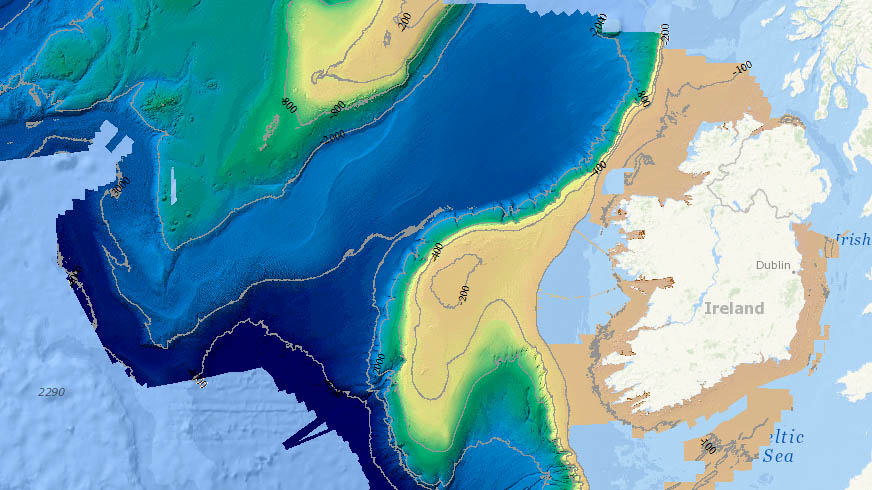 INFOMAR Coverage Map  INFOMAR is the national seabed mapping programme which is resourced through the Department of Communications, Climate Action and Environment (DCCAE), and managed jointly by Marine Institute and Geological Survey Ireland. It provides seabed depth, habitat, and geology data, critical for multi-sectoral marine activity and growth.

The Marine Institute and Geological Survey Ireland (GSI) INFOMAR programme team aim to complete Ireland’s seabed mapping by end 2026, potentially being the first country globally to do so. In parallel they are raising the awareness and impact of seabed mapping, and the innovation and technology development opportunities that Ireland can potentially derive from this world leading endeavour. 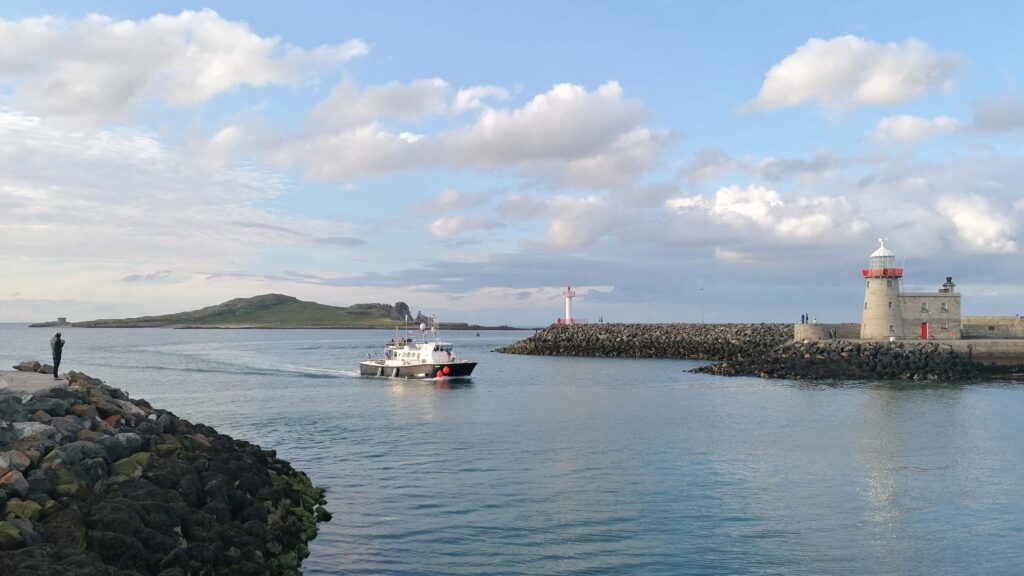 As an island nation, Ireland has historically looked to the sea as a means of trade, transport and exploration. We are intrinsically linked with all things maritime, backed by a rich seafaring heritage & culture. At the end of the 20th Century Ireland set out to fully investigate the ocean of opportunity that is our vast marine territory. Through the Government of Ireland resourced Irish National Seabed Survey (1999-2005) and its successor INFOMAR (2006-2026), Irish efforts in systematically mapping our entire seabed will complete the Real Map of Ireland, leave a legacy for future generations, and provide a scientific foundation for accelerated coastal and marine economic growth.

In 2008 PwC assessed the potential return on investment of the 20 year INFOMAR programme investment of €80 million. Having taken a cautious approach, a 4-6 times return on investment to the state was indicated based on sectoral growth projections. This seminal seabed mapping related economic assessment has been widely cited, supporting business cases for the launch of strategic national mapping programmes elsewhere globally, including in the UK, Norway and USA.

The INFOMAR programme is on budget and on target to deliver for Marine Ireland. Ireland has achieved international recognition in the hydrographic and seabed mapping communities for its approach and achievements to date. INFOMAR’s systematic mapping approach has been adopted in the “AORA Seabed Mapping Roadmap” published by the EU, USA, and Canada composed Atlantic Seabed Mapping International Working Group. The extensive international network developed by INFOMAR is a key pathway to channel future associated Irish innovation, products and services.

INFOMAR’s open data policy and digital maps and products provide a window for Ireland’s SME sector to develop and market their services. Opportunities are diverse, including the use of INFOMAR shipwreck maps and 3D models to attract international dive and angling tourism trade, the use of stunning seabed imagery on clothing, or the use of the accurate depth data to model how much aquaculture an inshore bay can sustainably support. The Marine Institute and Geological Survey Ireland will continue to raise the profile and impact of the INFOMAR programme to support industry growth, research and innovation, to provide a scientific data-based foundation for government decision support, and to inform the public through innovative platforms such as interactive story maps.