The US Coast Guard ship Eagle is visiting Ireland this week. The vessel is the training ship for the US Coast Guard and is a hugely impressive sight on the water. Arriving into Dublin on Thursday, you can take a tour of the ship this weekend before its departure on Tuesday, something we highly recommend doing. 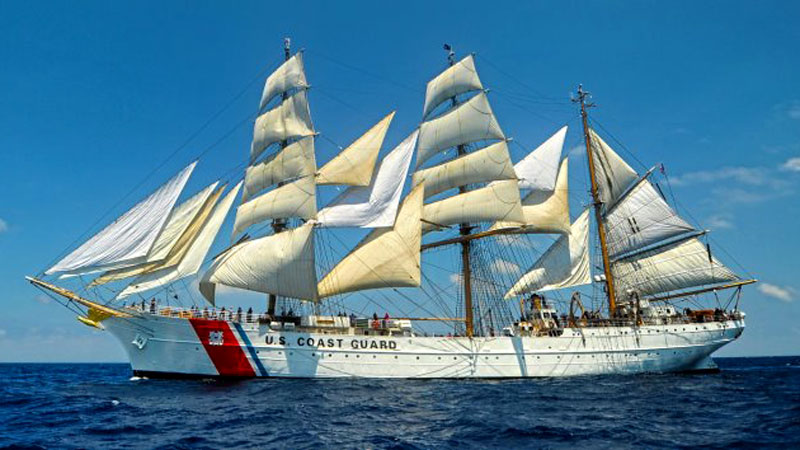 Eagle, also known as “America’s Tall Ship” is the United States largest tall ship. The square-rigger was built in 1936 in Germany, and commissioned as Horst Wessel, one of three sail training ships operated by the pre-World War II German navy. At the close of World War II, Horst Wessel was taken as a war reparation by the United States and recommissioned as the U.S. Coast Guard Cutter Eagle.

The Eagle now functions as a practical training ship for the US Coast Guard offering future officers the opportunity to put into practice their navigation and engineering knowledge while giving trainees the chance to exercise leadership and service duties normally handled by junior officers. A permanent crew of six officers and 55 enlisted personnel maintain the ship year round providing the strong base of knowledge and seamanship for the training. 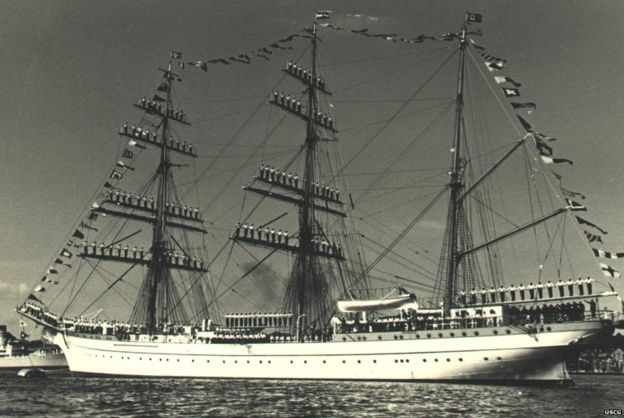 The ship arrived in Irish waters on Tuesday and has already been operational. In what was likely a training scenario, a ‘man overboard’ emergency signal was issued yesterday morning as the vessel sailed five miles off the south-west coast. As is standard practice, Valentia Coast Guard was contacted at about 9.30am but was almost immediately stood down as the man was brought back on board. The ship now sails to Dublin for its Thursday morning arrival. 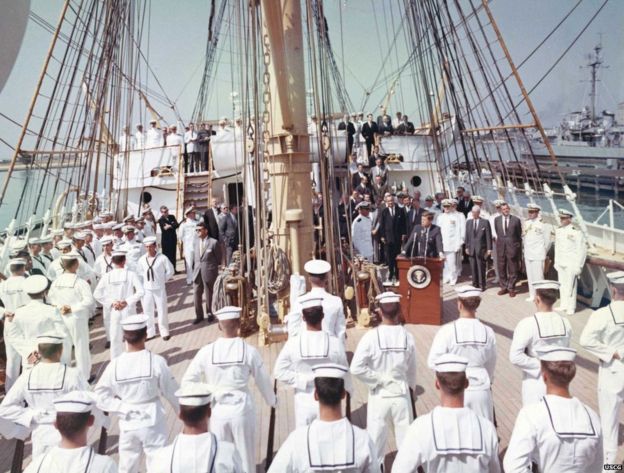 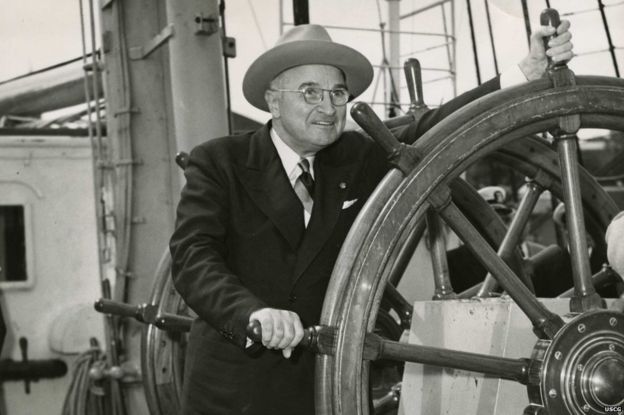 President Truman at the helm

If you fancy a tour of this impressive vessel the next few days are your ideal opportunity. Eagle will be moored up at Sir Rogerson’s Quay Wall and be open for free public tours this weekend.

We recommend a visit to this hugely impressive ship!

Want a sneak peak? Take a look inside the Eagle