The Taoiseach Enda Kenny has said he supports plans to introduce a navy hospital ship which would respond to humanitarian emergencies worldwide. He made the comments during the commissioning of the new Naval Service vessel LÉ William Butler Yeats at Galway’s docks on Monday. 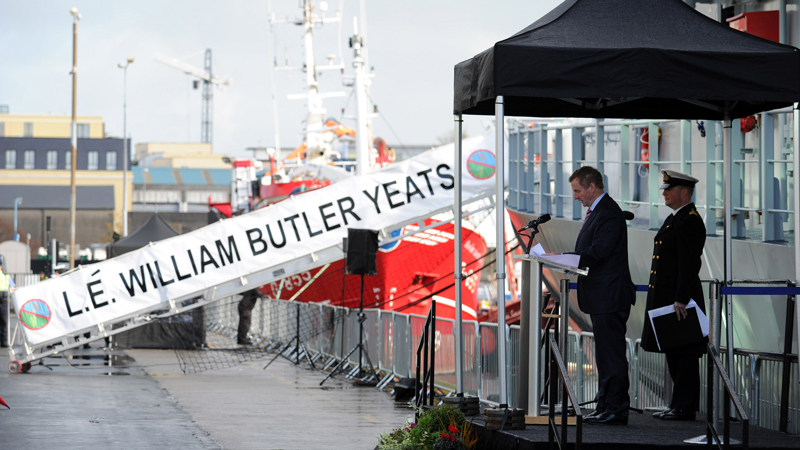 The Taoiseach said “ Indeed it is my wish that we will, in time, have a naval vessel that is a fully functional hospital, able to respond to humanitarian and other emergencies across the globe…I believe it is in keeping with our rich tradition of charity and volunteering.”

Fair winds & following seas to the newest ship in the Naval Service fleet, #LEWilliamButlerYeats, which was commissioned in Galway today pic.twitter.com/xzMiBAxScg

The Irish Naval Service has a long history contributing to humanitarian missions and is currently actively involved in the response to the Mediterranean refugee crisis with several Irish vessels having now made important contributions.

An Enhanced Patrol Vessel, which would have served as a hospital ship, had been part of the original tender for new ships in 2007 but was moved down in priority in favour of the three new Offshore Patrol Vessel’s that have just entered service.

It remains to be seen what substantive progress will be made on the Taoiseach’s comments but a hospital ship would be a fantastic addition to the Irish Naval Service.