On the morning of September 22nd 1884 the HMS Wasp was sent on the less than savoury task of ferrying police and bailiffs to the small island of Inishtrahull, off the coast of Donegal, to evict three poor tenant families.

But the ship and its bailiffs would never reach its destination, a mysterious tragedy would befall it as it passed Tory Island. 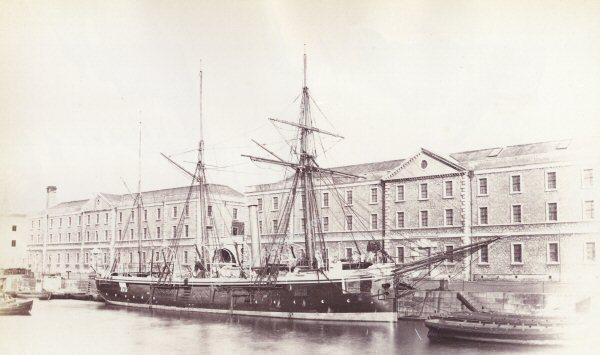 Inishtrahull, a tiny rock with barely 130 acres to its name, is the most northerly island off the coast of Ireland. Certainly life on all the small islands in the Atlantic can be hard but given its size and location things must have been particularly tough. The wild weather and the beating waves were unrelenting, food was always scarce but somehow families managed to eke out an existence. 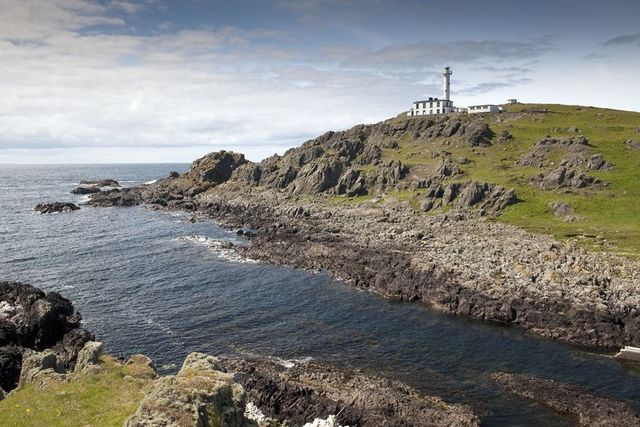 The lighthouse on Inishtrahull island

The HMS Wasp was a Royal Navy gunboat built in 1880 and mainly used to transport officials to and from the islands for lighthouse and fishery inspections and other official duties. It had visited the island before in 1883 to deliver a supply of potatoes donated to help the poor starving islanders.

In September of 1884 three families on the island could no longer afford rent and their landlord ordered their evictions to set an example to the other tenants. The HMS Wasp would again set sail for the island but this time instead of bringing relief to the poor islanders, they were bringing the bailiffs and police who were to carry out the eviction.

It was early on September 22nd 1884, the sky still dark as the Wasp made its way up the coast from Mayo to Moville to collect the bailiffs. They had sailed these waters many times before but this time, for some reason, choose the more difficult route going between the northwest coast of Donegal and Tory Island instead of around the island. This was a particularly odd decision as senior officers were asleep leaving the junior officers at the helm to make these difficult manoeuvres.

The Wasp wrecked under the Tory lighthouse

The ship collided with the rocks directly below Tory lighthouse and within half an hour the ship had sunk with only the masthead protruding from the waters. There were only six survivors, they had managed to cling desperately to the masthead until they were rescued by the onlooking islanders.

An inquiry was held by the Royal Navy into the sinking and it found that the Wasp was lost “in consequence of the want of due care and attention” but no one on the crew was blamed. Far more attention was focused on whether the Tory light was on or off and suspicions were cast upon the islanders. The wreck happened just below the lighthouse, so was this just a tragic accident or was there something more sinister at play. Was the light deliberately extinguished as a consequence of the hostility felt by the islanders or was there, as would later emerge, something supernatural at play – was the ship a victim of a curse? 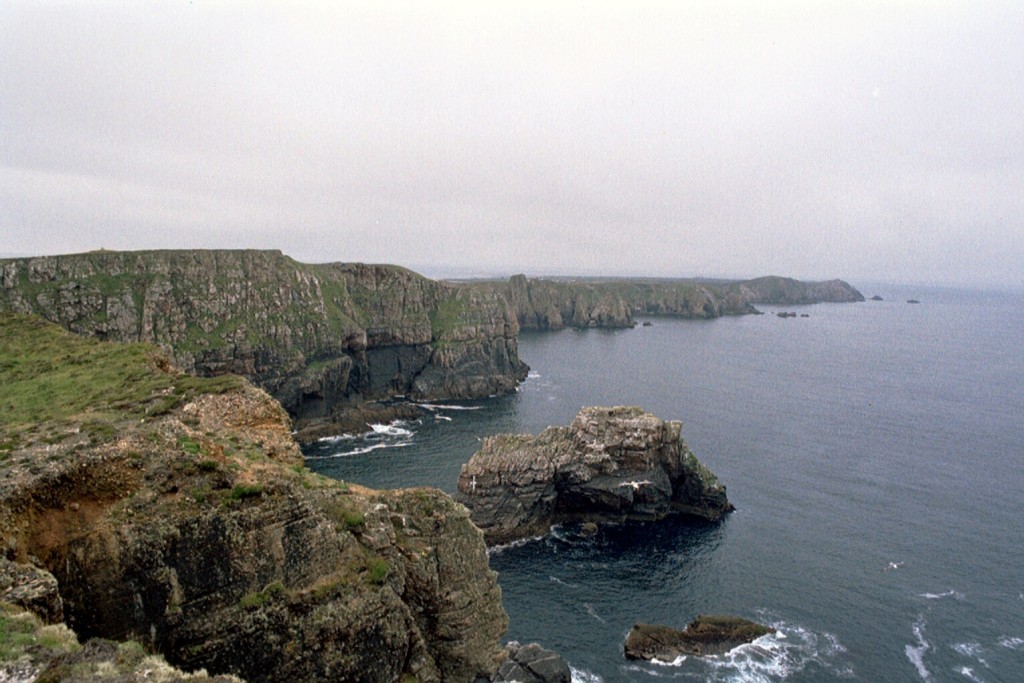 The view from Dún Bhaloir on Tory Island

Rumours began to speculate that the wreck was caused by a curse laid on the islands own cursing stone Cloch na Mallacht or Cloch Thorai. The origins of cursing stones date back to Neolithic times, they are usually one or more round stones resting in the depressions of a larger stones and are sometimes known as bullauns.

The story goes that the ancient cursing stones were used to let loose a curse upon the HMS Wasp to prevent it coming to evict the Tory Islanders who thought the ship was coming for them. A local priest is said to have been disgusted by these pagan claims of curses, became enraged and said to have taken the stones and thrown them over the cliff.

So could it be that the light had been maliciously extinguished just as the ship was going past. Could the talk of curses been a smokescreen for what really happened. The mystery remains unsolved but it is known that the three poor Inishtrahull islander families did manage to remain in their homes that winter.