Tomorrow, Wednesday, 1 August, will mark one month since Dublin’s Gregor McGuckin set sail alone, from France, to race non-stop around the planet on a 36ft sailing yacht, Hanley Energy Endurance. 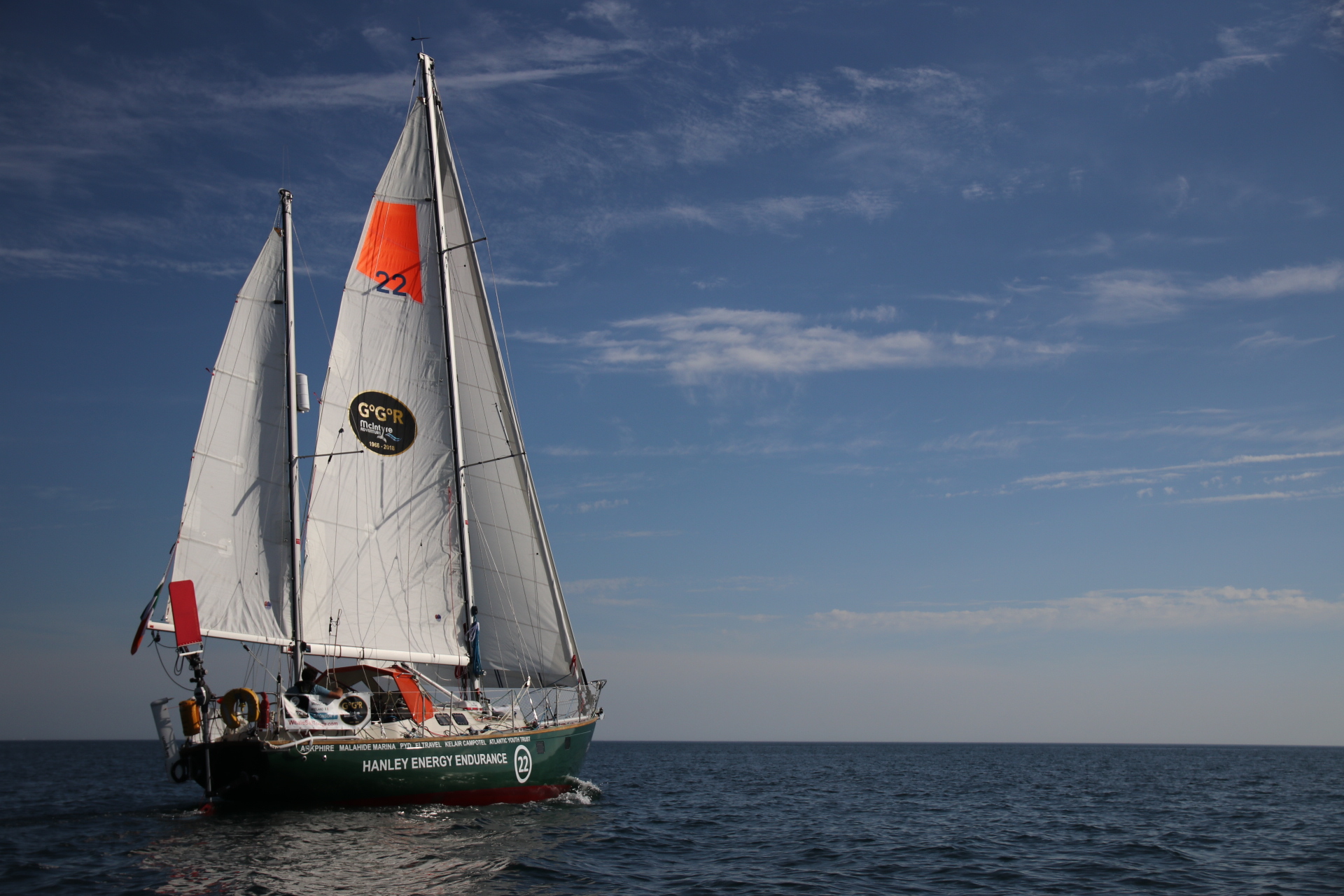 On 1 July 2018 eighteen solo sailors from 13 different countries crossed the starting line of the Golden Globe Race. The sailors are facing eight to nine months alone at sea as they sail down the Atlantic, through the Indian Ocean, through the Pacific Ocean, around Cape Horn, and then back up the Atlantic to France. They have no modern technology onboard, no GPS, no iPods, no CD player, no real creature comforts the modern sailor can enjoy.

Gregor’s first week saw him get off to a slow but steady start as he settled into a routine. After passing the north-west tip of Spain he was getting into the groove and the following week he jumped up the leaderboard, at one stage recording the longest distance sailed in a 24 hour period.

The attrition rate has been high. Three entrants have officially retired due to personal reasons and gear failure and two have had to seek outside assistance and stop, in turn, moving them into the ‘assisted class’. The Italian entrant, Francesco Cappelletti, set sail three weeks after the official start day as he was not ready to start with the others.

With no means to directly speak to his shore team the outside world just gets a glimpse into life onboard for McGuckin. Highlights so far include catching a tuna and having it in the pan within 15 minutes, and taking two swims while becalmed off the coast of Africa. Gregor hasn’t reported any major issues with the boat. On Monday, Gregor crossed the equator, the first major milestone. He’ll now see temperatures drop as he nears the Cape of Good Hope.

Speaking about the race, McGuckin’s Campaign Manager, Neil O’Hagan said: “Gregor is doing fantastic. He has settled into life onboard and his performance now reflects that. The next section of the race, from the western tip of Africa down around Cape Town will be fascinating. It’s the first time big tactical decisions have to be made. All his family, friends and sponsors will be glued to the tracker!”

The race has been funded through sponsorships from companies such as Hanley Energy, Arkphire, Ecokell, Blackthorne International Transport and many more. Before setting off McGuckin joked he “still has bills to pay” so all donations through his GoFundMe page are welcome.

The race can be tracked 24/7 online and weekly satellite calls with Gregor are uploaded to SoundCloud in addition to one-way text messages Gregor can send to the race organisers. In September, a national primary school’s programme is being launched to follow the race and learn about the ocean. This has been produced by CJ Fallon and the Marine Institute and will be delivered for free to every primary school in Ireland and will be available online at cjfallon.ie.

For more info check out gregormcguckin.com