Irish sailor Gregor McGuckin has set sail on his solo journey around the globe. At 12pm local time in  Les Sables d’Olonne France McGuckin crossed the starting line of the Golden Globe Race onboard his very ordinary looking 33-year-old yacht, Hanley Energy Endurance. All going to plan, Gregor will not step foot on dry land again for eight to nine months. 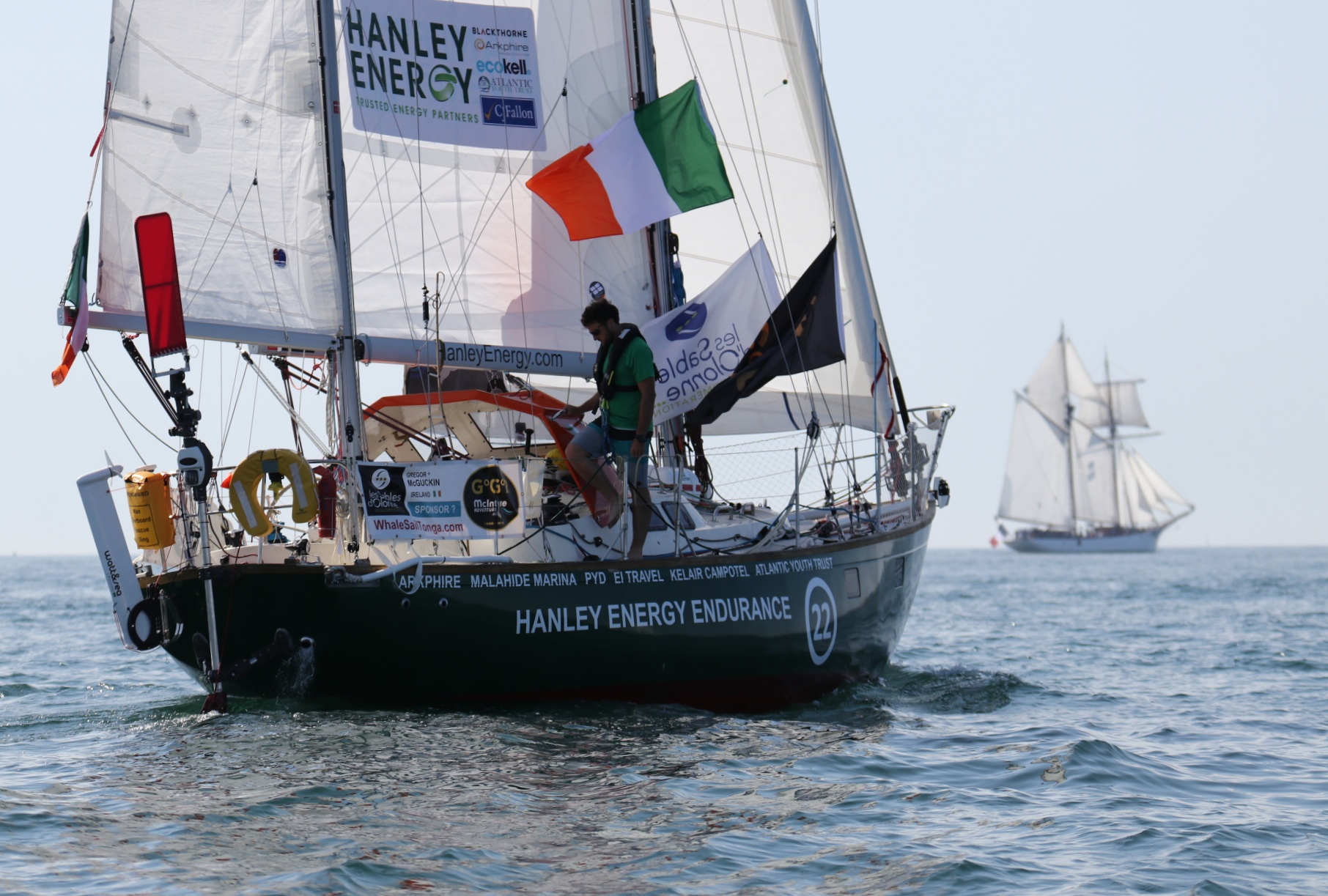 The Golden Globe Race is being held to mark the 50 years that have passed since Sir Robin Knox-Johnston achieved what was once thought to be impossible. Modern round the world races embrace technology and skippers can now conduct live Skype calls, talk to anyone in the world 24/7 through satellite phones and receive detailed weather routing to steer them away from the worst of the weather. Gregor and the 17 other competitors are setting off with no GPS, no freely available satellite phone, no internet and no weather information other than what they can pick up over the radio.

McGuckin is now sailing alone, out into the Bay of Biscay, he will then turn south, sail down the Atlantic, around the Cape of Good Hope, lap the Southern Ocean before rounding the infamous Cape Horn, turning left, sailing back up the Atlantic and into Les Sables d’Olonne. The completion of this epic voyage will put Gregor and his yacht, Hanley Energy Endurance, in the history books as the first Irish person to sail alone non-stop around the planet.

Speaking before he left the dock, McGuckin said: “If the race is as hard as the road to the starting line I’m in for a rough ride! Only through countless volunteer hours, people and company’s generosity and the support of our many sponsors led by Hanley Energy we simply would not be here today. We still have more opportunities for companies to support so don’t be shy when I’m gone! Right now, the thought of simply getting out there and doing what I love is wonderful.” 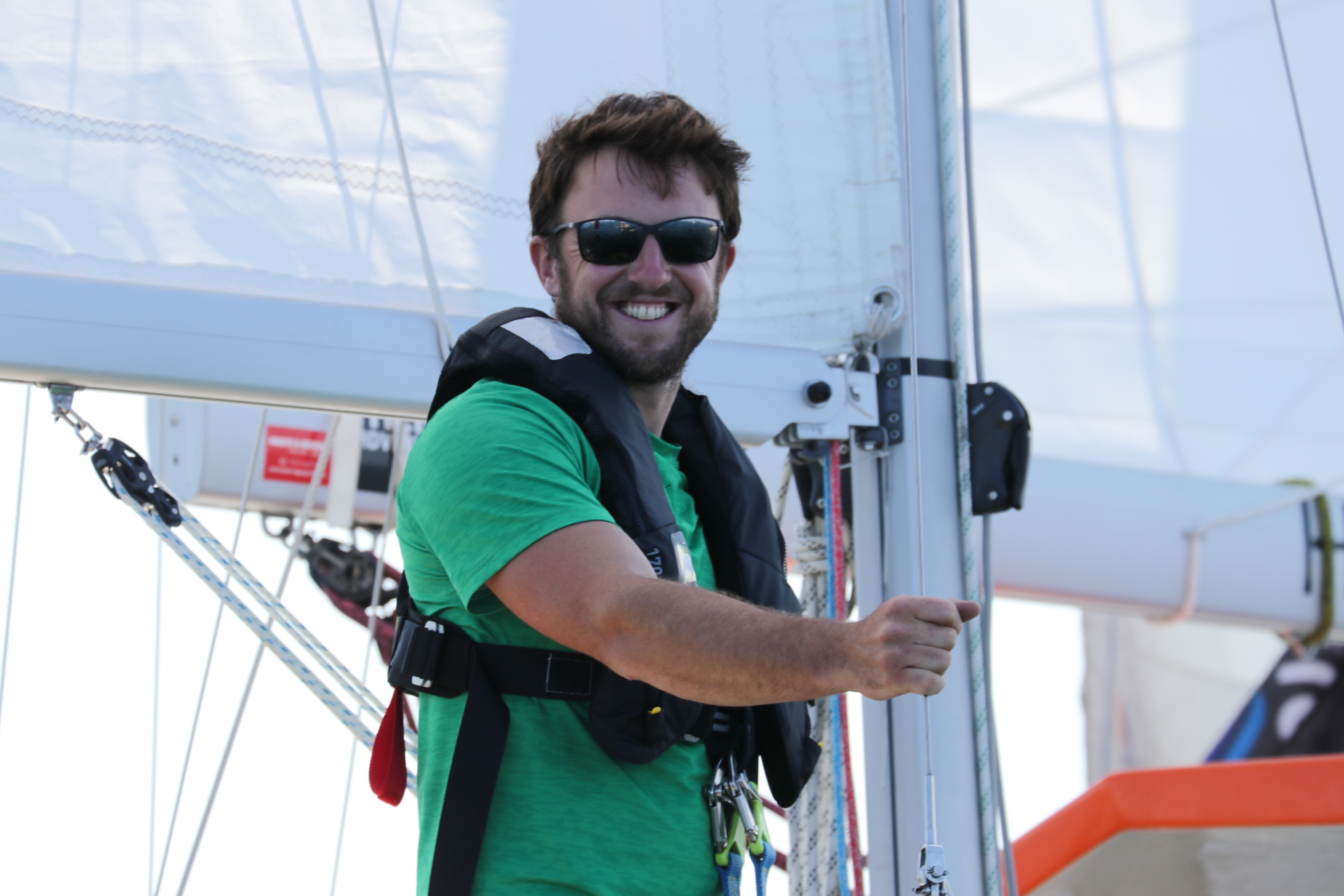 An estimated 100,000 people came out to see the fleet off and over 50 Irish people traveled to France to wish Gregor well. McGuckin’s father, Randal McGuckin, added: “Of course, I’ll worry about Gregor but I have every confidence in him and the boat. The team that got him here, along with the amazing support will see him through. It’s fantastic to know that primary school children across Ireland will be following the adventure as well. We’re all extremely proud of Gregor.”

When asked what Gregor will miss most, he said: “If I start thinking about what I’m going to miss it’ll be a long 8 months. I rather focus on the amazing sailing, wildlife, oceans, weather and challenges that lie ahead. So other than missing friends, family, and loved ones, I’ll be doing my best to enjoy every moment of the voyage.”

The fleet includes 18 competitors in total. Ranging from a 73-year-old French sailing legend that has sailed around the world numerous times, to an Australian from Manchester who is a relative newcomer to sailing but has summited Everest three times.

Gregor’s campaign is part of a wider professional sailing team under the ‘Team Ireland’ brand that saw Enda O’Coineen compete in the Vendee Globe. They are also working to see Ireland’s first female, Joan Mulloy, attempt to race alone around the world. The Team has been long supporters of the Atlantic Youth Trust charity and their mission to create a youth development tall ship trust for the island of Ireland.

The Golden Globe Race yachts can be tracked online throughout the race at Goldengloberace.com and information on the educational programme produced by the Marine Institute and CJ Fallon can be found on cjfallon.ie.