A four-part documentary that tells the story of Ireland’s lighthouses and the work of Irish Lights begins tonight on RTE 1 at 6.30pm, and it’s one not to miss.

The documentary, Great Lighthouses of Ireland, illustrates Irish Lights’ leading role in safe navigation at sea from the 1800s to the present day, and the advances that have taken place in relation to Aids to Navigation from an engineering and technology perspective during this period. The documentary pays tribute to Irish Lights’ heritage and the people behind the lighthouse service, and the pivotal role they played in the history and life around the coast over generations. 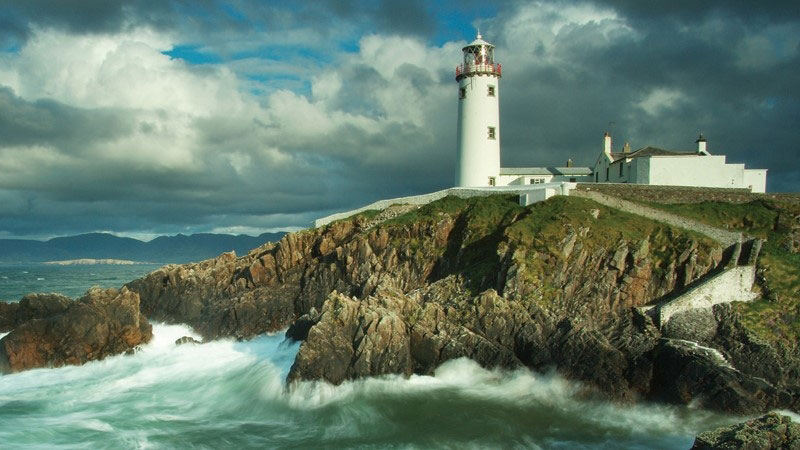 Speaking about the documentary, Yvonne Shields O’Connor, Chief Executive, Irish Lights said, “Irish Lights is delighted to collaborate with RTE on this documentary which showcases the previously untold stories of lighthouses in Ireland, their keepers and the vital role they have played in maritime safety in this country over the past 200 years.  It is a wonderful testament to our organisation’s rich heritage and the dedicated people who have supported Irish Lights in its mission to ensure safe navigation at sea. Today Irish Lights continues to be at the forefront of maritime safety, using advances in technology and engineering to deliver reliable and wide-ranging services to support a diverse and important maritime industry around the coast north and south.”

The first episode will show the important role of Ireland’s lighthouses in providing safe navigation at sea.  As an island nation, almost everything we consume, from food to electronics, fuel and vehicles, arrives by sea. The visual and electronic Aids to Navigation operated by Irish Lights support the safe passage of ships around our often-dangerous coastal waters, and viewers will see glimpses of what life was like for lighthouse keepers and their families in earlier periods.

The third episode explores Ireland’s forgotten naval history and the surprising roles that lighthouse keepers played in both the First and Second World Wars.  The final episode will focus on the transition to the automation of lighthouses, and it will show how Irish Lights is at the forefront of modern technology, from advances in lighthouse lighting to sophisticated buoys that tweet information to mariners.

With over 340 General Aids to Navigation in the form of lighthouses, buoys, beacons, electronic Aids to Navigation and a range of digital services, the Irish Lights operational network constitutes a critical coastal infrastructure for the safety of all at sea and our coastal communities. In addition to profiling the important work of ILV Granuaile, this episode will highlight the work Irish Lights does to protect and develop its heritage assets for the benefit of the Irish public through the hugely successful Great Lighthouses of Ireland North-South tourism and heritage initiative.